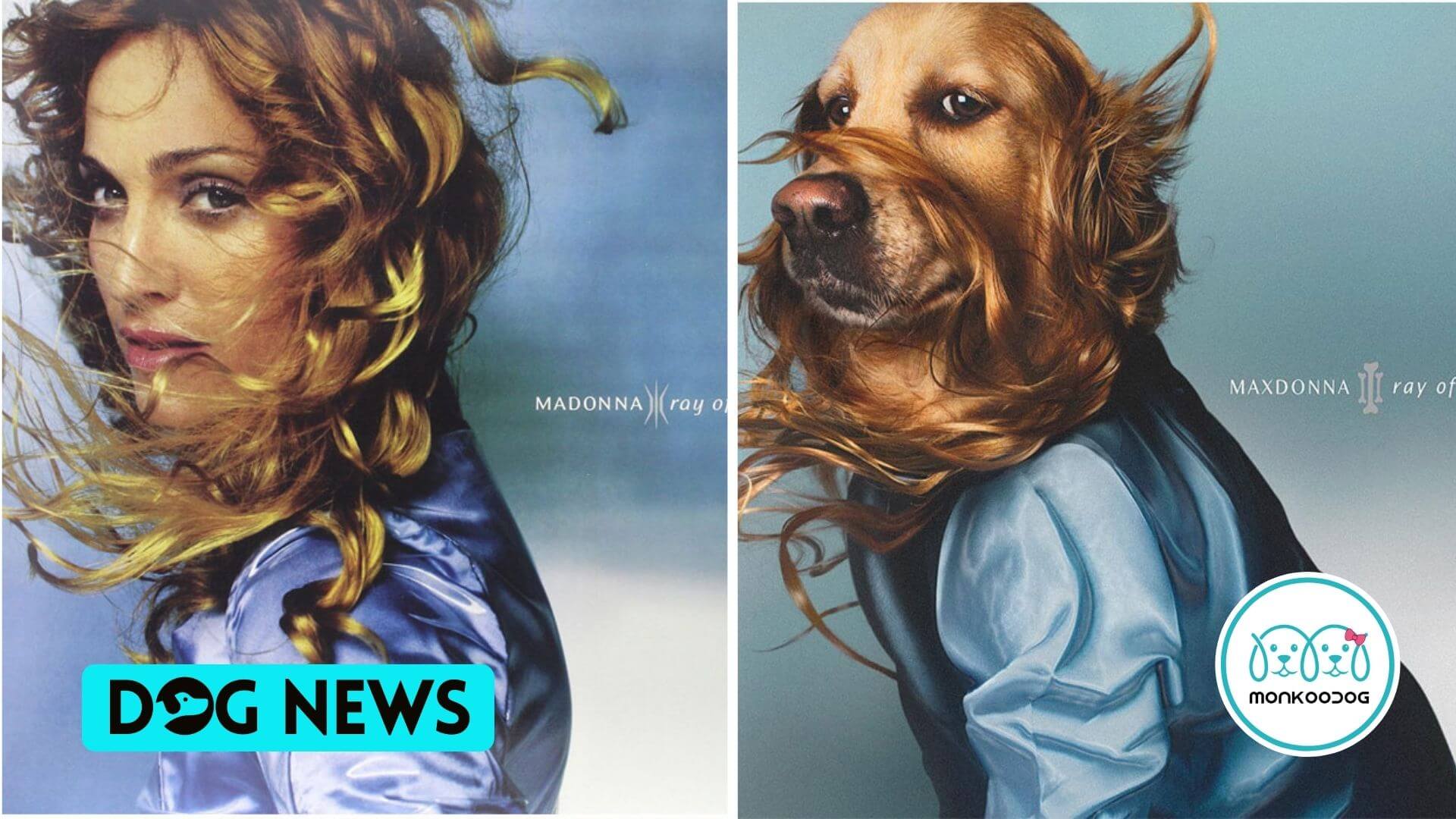 Vincent Flouret and his Golden Retriever dog recreate Madonna’s photos. Vincent is a French fashion photographer, who has been taking editorial-worthy photos of his dog. And now, they are recreating Madonna’s iconic photos.

Max, the new “Pup of Pop,” giving tough competition to the ‘Queen of Pop.’ Vincent titled the project “Maxdonna,” featuring Max all dressed up and posing in Madonna’s style.

The photographer doesn’t only shoot Max. While volunteering for a city shelter in the city of Los Angeles, California, Flouret used to take professional studio portraits of the dogs there which further helped to get them adopted.

Maxdonna is his personal project that he took up to pay tribute to one of his favorite artists, Madonna. Looking at the photographs, you can clearly tell that Max was born a natural model. Flouret says that he always prioritizes Max and above all, never makes him do anything that will make him uncomfortable. The shoots are hence a slow process.

What is the process?

As said, it is a slow and steady process.

They begin with Flouret buying the props needed for the shoot weeks beforehand. He then plays with it with Max like it’s his toy. This therefore allows max to be normal and have fun at the actual shoot later on.

Flouret says the entire project took him eight months, from training Max, buying and making props, and shooting the pictures. Max wears everything from Madonna’s photos like the leotard from a music video to a custom jacket from a movie poster.

Even though this is a leisure project for Flouret, he pays full attention to the details as a break from his commercial work. He tries to recreate the photos as close as possible. This is so that he can do full justice to Madonna, an artist he loves and respects.

Flouret’s hard work has paid off and got him noticed by Madonna, who posted Max’s cover of ‘Like a Virgin’ on her Instagram. Floret was notably delighted when he found out. “Maxdonna” continues to remain a project that brings the simple joy of creating to Flouret.

Even though Max only gets treats, he is a wonderful dog and very patient as a model. He was the perfect choice for Flouret. Max is never forced to do anything and is loved and treated well by Flouret.

Flouret and Max continue to inspire by donating the money collected from this project to Madonna’s charity called ‘Raising Malawi,’ dedicated to improving the lives of the children in Malawi.