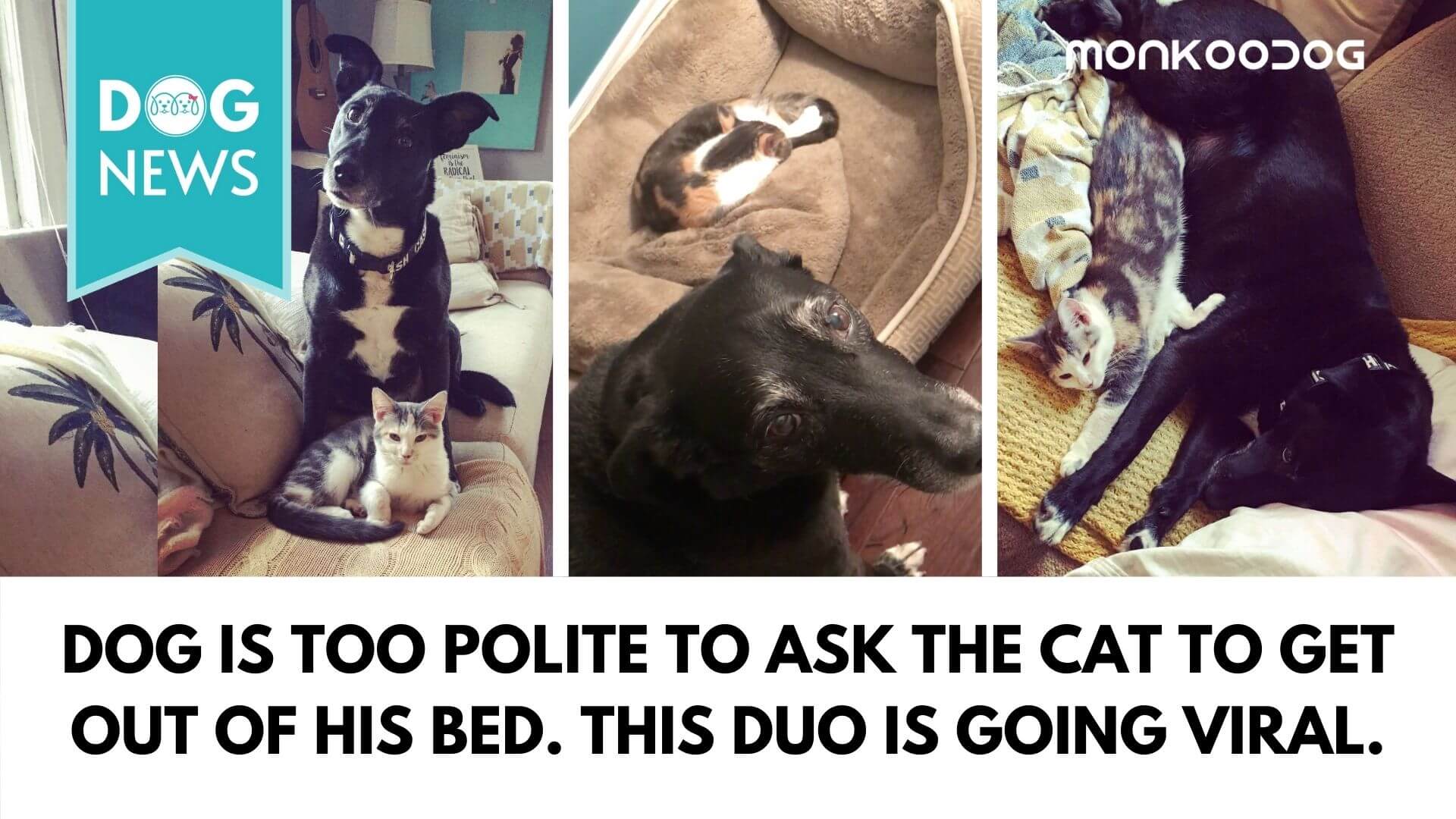 Dogs are not just adorable but also knowledgeable beings too. Teaching them to obey commands is not very difficult. However, there is one dog who is an epitome of politeness and gentleman like attitude.

11 yrs old Cash has been with Novie Scott and her family for over a decade now. Exceptionally well behaved and polite, this dog is indeed a poster dog for the rest of the Canine Kingdom. According to a DODO interview,  Novie mentioned that Cash does not even touch food fallen on the floor unless instructed.

His well-behaved nature has garnered him a lot of attention, and Cash is one of the most popular dogs children want to play with and hug in parks and walkways. To give Cash good company, Novie decided to adopt a kitten a few yrs back, named Gertrude. However, according to the Movie, Gertrude is more of a dog than a cat.

The feline-canine duo has bonded so well since meeting each other that they rarely are separate from one another. Gertrude follows around Cash even when he goes out to pee. However, what made them famous on social media is their sleeping routine.

Though Gertrude and Cash have separate areas to sleep, they prefer being close to each other as they sleep. However, Gertrude likes to curl up in Cash’s bed before Cash comes over. What makes the matter hilarious is that Cash is too polite to move aside Gertrude and make space for himself to lie down.

Novie noticed that every night the same thing happened. Cash would slowly walk up to her and keep making small noises and staring at her with big innocent eyes. Novie always had to walk with Cash up to his bed and wake up Gertrude, to let Cash lie in his bed.

Cash’s endearing attitude towards Gertrude made it impossible for Novie to let it go underappreciated. She decided to post a small video of the daily recurrence to land a massive interview session with DODO, a Youtube channel with over 7 million subscribers. Since the video was posted, it has already hit a million mark in view and over ten thousand comments.