Dog Shot by The Police for just Being Playful and Excited to Greet the Officer!! 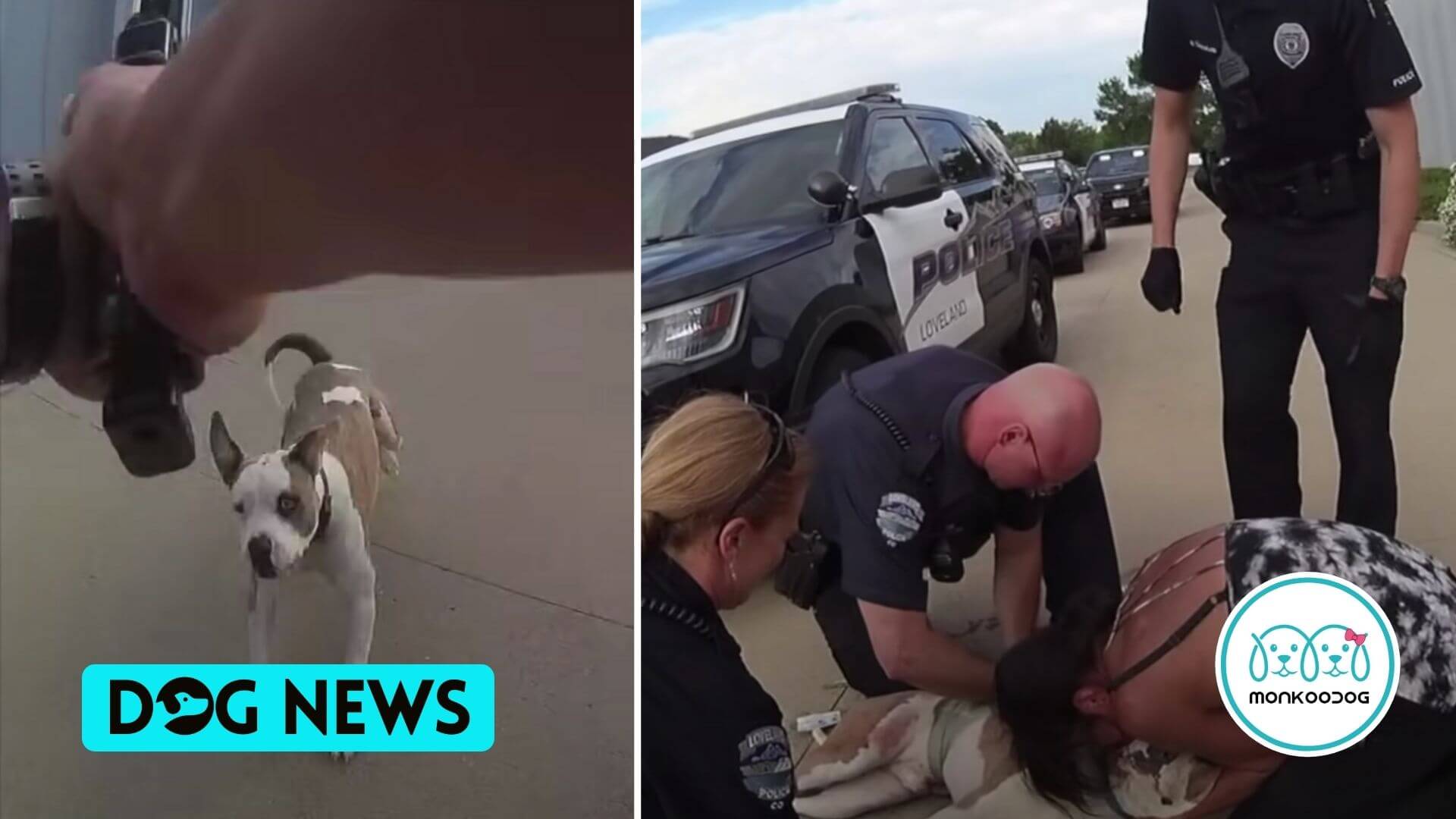 Wendy Love and Jay Hamm, a couple from Colorado, suing the Loveland Police Department for shooting their young dog. The young pup was shot by a Loveland officer in 2019. According to the suit, the 14-month-old puppy was later euthanized.

As stated in the lawsuit filed this week, the couple, Wendy Love and her husband, Jay Hamm, alleged that Grashorn, the officer from Loveland Police Department used immoderate force on a  “playful”, “loving” and “sweet,” dog, which is reported to behold no history of biting or being aggressive toward humans.

According to the reports, The tragic event took place when Love and Hamm following a hectic day of work parked their truck along a commercial building’s parking lot so their dogs Max and Herkimer could stretch and relax, without bothering anyone, after a long day of work.

However, what the couple was unmindful of was that the owner of the building, who was watching them in surveillance video, had called Loveland police to report the silver truck. As per the court records, the owner stated that someone had tampered with his locks before and, although the pair was nowhere near him, he wanted the police to investigate “what they were doing,”.

While in the parking garage, the couple let each canine out of the truck to drink water. Of the couple’s three dogs, one remained on the ground snoozing while Max, an enthusiast wanderer, was fastened to a tree. The third, 14-months old Herkimer eventually returned to the rear of the truck.

However, within moments officer Grashorn pulled up in his patrol vehicle and got out without announcing himself. According to the reports, two of the dogs ran towards the officer, who yelled at the couple to withdraw them. While one of the canines ran back the 14-months-old, a boxer, and Staffordshire terrier mix, Herkimer excited and playful, bounced towards the officer, who pulled out this gun and shot the pup.

What followed was devastating. The video shows Officer Matthew Grashorn firing two shots at the little excited pup, Herkimer, who immediately collapsed, as Love came to his aid.

As per the reports, despite the couple’s repeated pleas, their shot pup was not taken to the vet until Grashorn’s supervisor arrived at the scene about eight minutes later. Herkimer was euthanized four days later. The couple was charged with a “dangerous dog” crime, which was later dismissed by the district attorney’s office.

Also See: The Secret of Ridding Your Dog of Itchy and Irritated Skin

In her statement to The Washington Post, the couple’s attorney, Sarah Schielke, quoted, “Herkimer was a friendly dog, with no history of aggression and was undoubtedly not dangerous to anybody. Clearly, the little pup in the video looks anything but curious, all he was looking up to was to greet the officer. He was excited. Watching Herkimer get shot in the head and fall down was traumatic.” She further added, what is really worse than watching a video like this is not doing anything about the same.

As indicated by the lawsuit, the Loveland department checked on the video and deduced that officer Grashorn reacted properly. According to the court records, Grashorn is still in the force. Grashorn has not yet reacted to the grievance in court. A representative with the city of Loveland couldn’t respond to The Post however said the city was auditing the complaint.

In the past two years, this is the third lawsuit filed against officers by Schielke, the couple’s lawyer. The Loveland Police department, for allegations of excessive use of force, has made local and national headlines.