Dog Sleeps In Scary Pose, Creeps Out The Owners All Time! 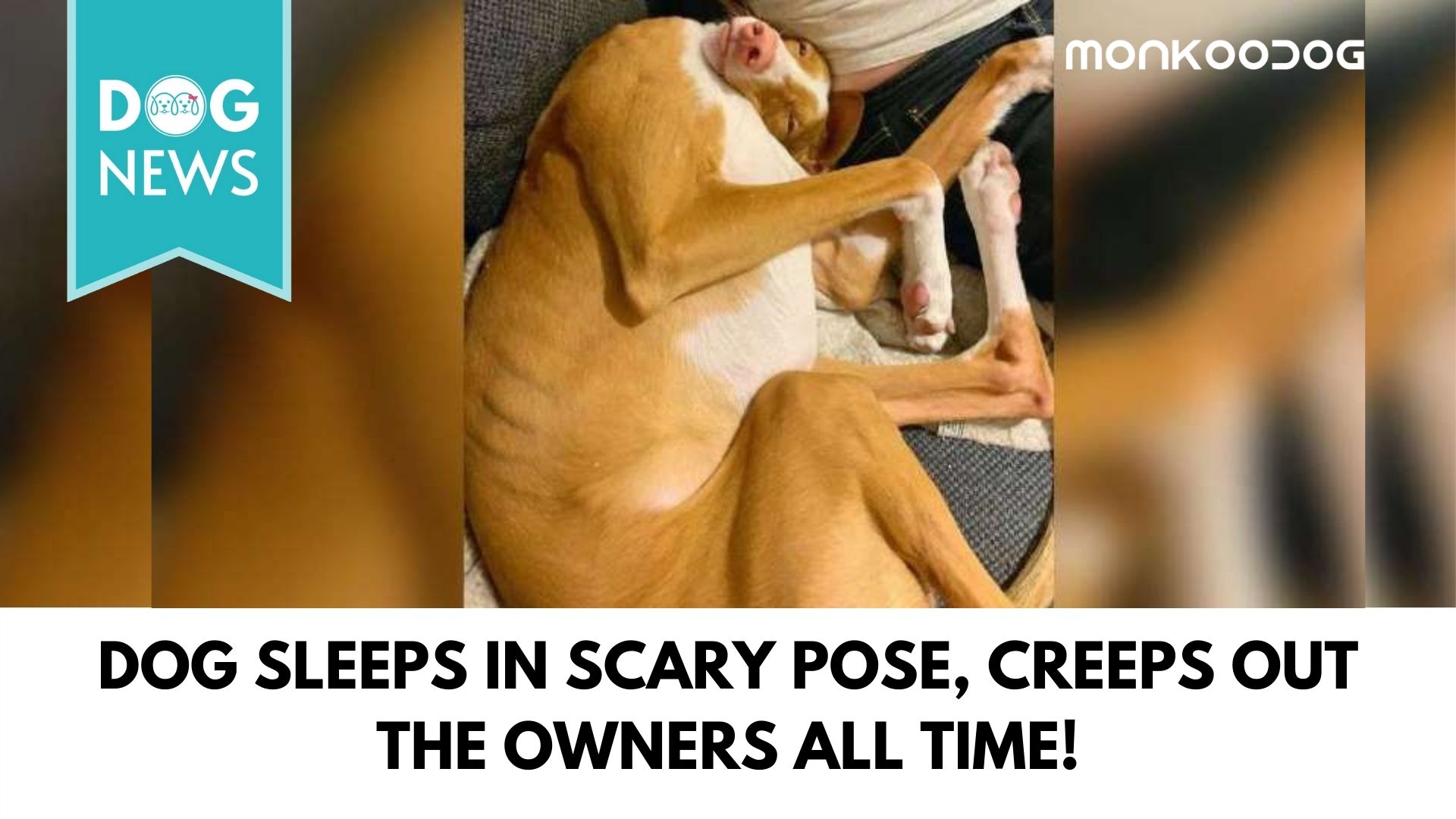 Nico is a tall dog with a tall structure which is why it becomes difficult for them to sleep like other dogs. Because of his long physical frame, Nico finds himself unable to curl up and sleep like most other dogs can. This has led to some weird sleeping positions that are super goofy and amusing for Nico’s parents.

Nico is seen sleeping in a lot of unusual positions that his parents think are super uncomfortable. But the dog does not seem to mind at all and sleeps happily and comfortably in these weird positions. He deliberately squeezes into these weird positions and enjoys sleeping like that, Nico’s mom Nellie Jonson reported to The Dodo. This is something Nico has been doing as a puppy which is why his family had decided to name him “pretzel boy” because of all the goofy sleeping positions that he has displayed.

Nico’s “pawrents” are used to his adorable and hilarious sleeping positions by now but quite recently, the adorable long boy decided to curl into a position that made his mommy gasp as well. Nico tried to squeeze up right next to his dad in an attempt to find a comfortable napping position. He tried to make himself fit in a way so that his head was touching his dad’s body and the resultant image looked like a scary Halloween monster.

Jonson reported that at first sight, her heart skipped a beat and that she had thought that the dog had gotten stuck in that position. However, on closer inspection, he seemed perfectly fine and even comfortable next to his dad giving way to a hearty laugh by his parents. They proceeded to capture the image to show their friends even though Nico barely understood what the fuss was about. He was content with his sleeping position and quickly went back to napping.

The adorable “pretzel boy”loves to find new sleeping positions that may look questionable to others but is super entertaining for this adorable boy’s human parents.

Also See: Woman Transformed Up Pet Poodle As A Skeleton