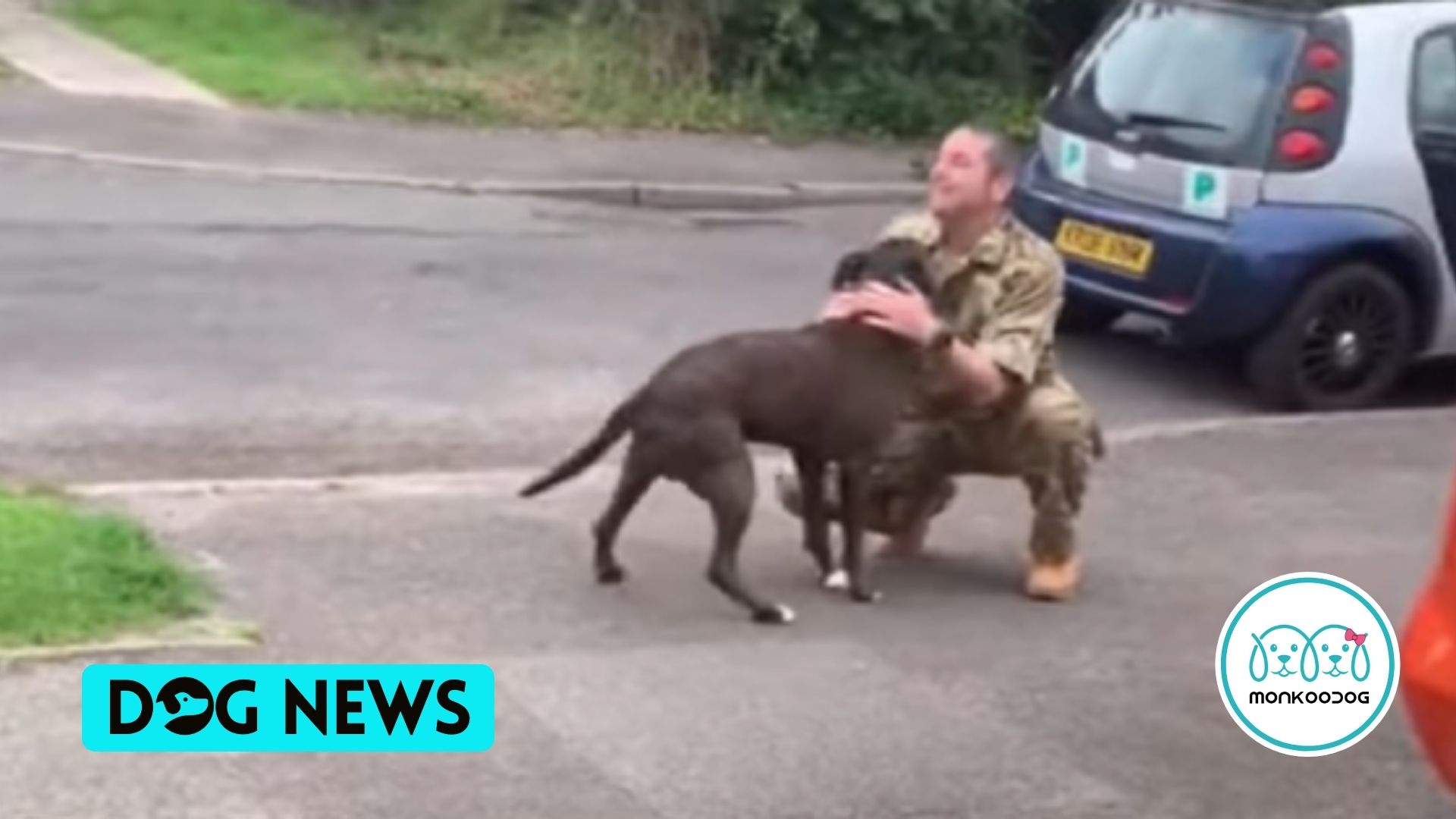 Home » The most heart-warming video of a dog with cancer reuniting with his military father is all you need to watch.

The most heart-warming video of a dog with cancer reuniting with his military father is all you need to watch.

Irrespective of the time duration, whether over long periods or a few days, a dog’s separation from its parent or family might feel like an eternity. However, the time apart from his human seemed much longer to a dogfighting cancer.

Harvey, an adorable dog, reunited with his military dad in the most warming and elating incidence. Harvey’s father was in the military at the time. Harvey could only hope to see him again one day, amid his battle with the fatal disease.

The puppy had grown obvious tumors over. the previous two to three years but had recently been diagnosed with cancer.

Anyone who has had or knows someone who has experienced such a diagnosis realizes how straining and painful it can be. Furthermore, the Treatments are expensive, and more often than not, the condition is frequently detected too late.

Thankfully, Harvey was fortunate in garnering the support even in the absence of his father. The adorable Doggo didn’t have to face the diagnosis alone. His father was away on deployment for a while, but the dog had other family members at home. They were there to lavish him with love, support, and care.

What’s more, fortunately enough, it wasn’t long before his father arrived at his house. The reunion was recorded on film. It was simple and most adorable, heartwarming.

In the endearing clip, Harvey was eagerly waiting at the entrance. He dashed outdoors and reunited with his dad in a gratifying moment. The dog seems to be delighted and unsure of what to do. He runs back and forth, smothering his father with kisses. This warm meeting between a dog parent and his lovely pooch is satisfying at its best.

According to the reports of Caters Clips, Harvey underwent surgery to remove. The tumors, and presently his family is waiting for the results, with their fingers crossed.

We at Monkoodog heartily hope and wish the best for this adorable dog and his family!!

CHECK OUT OUR LATEST NEWS
PrevPreviousMeet TikTok sensation dog, Tika the Iggy; a dog with 300 different outfits.
NextAn Engineer Designed Ski for his Dog’s Wheelchair So Pup Can Enjoy the SnowNext