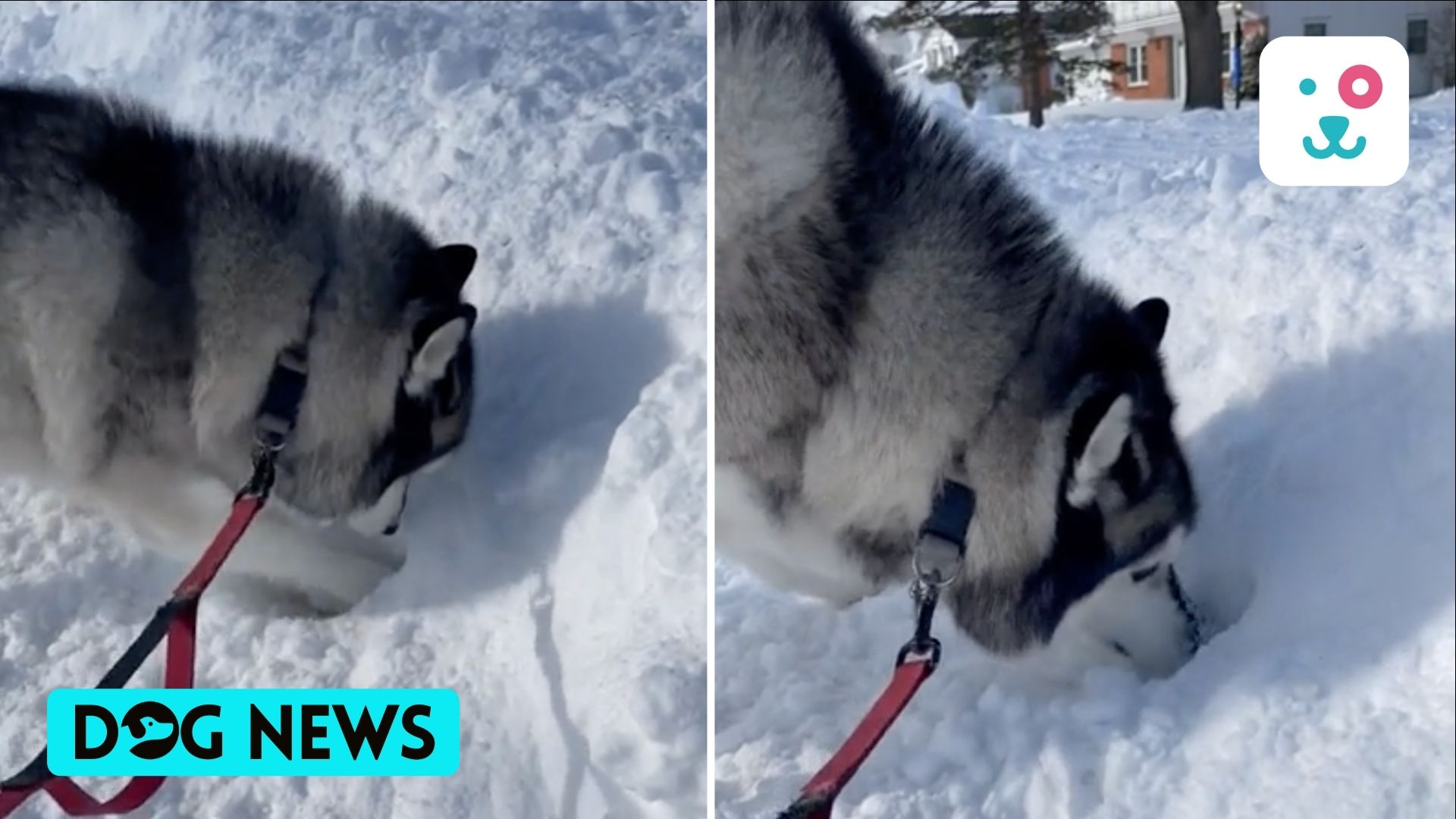 Home » Dog’s innocence captured, he buries his snowballs delicately in the snow itself.

Dog’s innocence captured, he buries his snowballs delicately in the snow itself.

In the fast and moving world, videos like these can make your day. Recently, a video went viral in which a dog is doing something which is so adorable. It will make your day and help you forget whatever mess you dealt with throughout the day because the Dog’s innocence captured in this video is cute beyond words.

The actions of these little creatures make us believe that there are still naive ones, who have not dealt with the difficulties of life which force us to be mature. dog s happens to be lucky as they don’t force themselves to behave a certain way. They do what they feel like doing. To our surprise, it is mostly cute and adorable and makes our day.

The video that went viral was posted on TikTok originally. It took no time to get viral. It was shared across social media platforms. On Reddit, the caption along with the video read ‘The dog buries snowballs in the snow.’

The video starts with the text ‘ My husky collects snowballs and buries them in the snow. Who’s going to tell him.’ It can be seen that the very cute furry dog is walking on a road covered full of snow. He is walking for a few seconds and starts digging a little at one place. He then places his recently collected snowballs into that dig and buries them.

What is exactly in the original video?

Is not it cute? Like literally, who is going to tell him? But that is the beauty of this video, the innocence that this dog, or let’s say all dogs have.

The video was posted a day back. Since then, it has gone viral. It has gained more than 39 thousand upvotes and still counting. The video made people go ‘Aww’. Netizens found it adorable and rightly so. Many of them shared the stories of their dogs. One user wrote ‘ I used to give my beagle ice cubes in her water on the days when it was hot in Houston. She would take them out and go and bury them somewhere. After a while, she will go and dig them up. She will give a confused look when she could not find them.’

The comment section was full of love for the cute and innocent dog. A user wrote ‘ I love the way he puts them in the dig very carefully, such a delicate boy.’ Another wrote Oh God, it is so disheartening. He will be upset when he won’t find them. But who will tell him?’ ‘ No one. No one is going to tell him,’ wrote another.

What are your thoughts about this little furry Dog’s innocence captured?

Also Read:- A Couple Along With Their Dog Rescued From A Remote Location After Being Stranded There For 2 Months.

PrevPreviousA couple along with their dog rescued from a remote location after being stranded there for 2 months.
NextA homeless man’s heartwarming celebration of his dogs’ birthdayNext