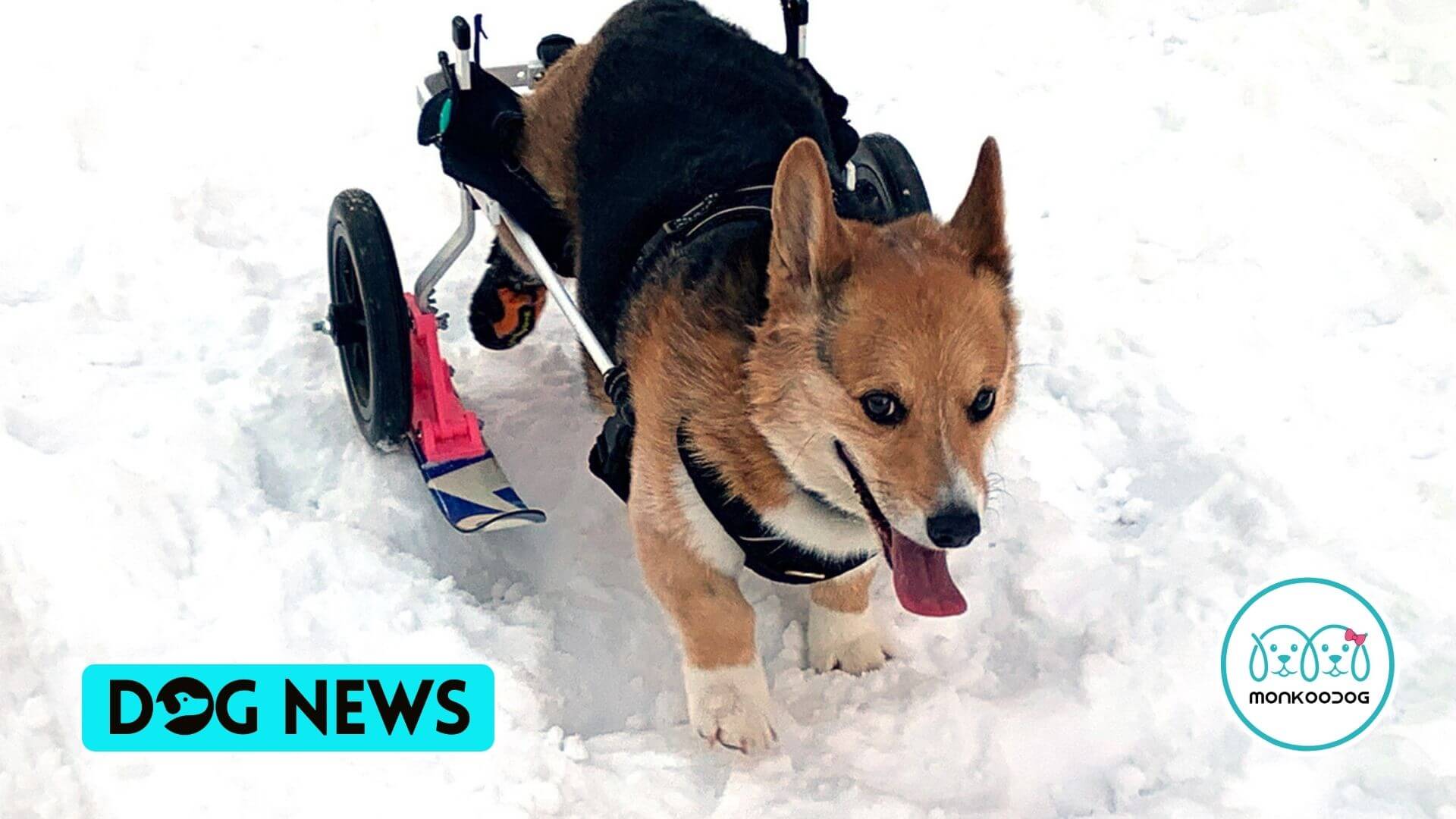 An engineer designed a ski for his dog’s wheelchair. The engineer from Lincoln, Nebraska, used his skills to make ski-like wheelchair attachments for his 11-year-old corgi named Ash so that he could have fun in the snow.

Along with his wife Jade, Todd Blacksher decided to start a family and get a puppy as a reward for paying off all their debts. Ash joined their family as a puppy and had an active life until last year when the corgi was diagnosed with Degenerative Myelopathy (DM).

Ash loved frolicking in the outdoors and was a great pup. But after ten years, he became much less active, which was when the Brashers decided to get him checked.

After consulting specialists and taking MRI scans, Ash was determined to have been affected by DM. Degenerative Myelopathy is a disease that affects the spinal cord in senior dogs. Ash had started getting weaker by this time and lost the strength in his back legs.

Due to the pandemic, Ash could not start his specialized treatment on time. Still, Todd had researched that it’s better to start getting him used to a canine wheelchair, and they began searching for one.

Someone had recently lost their corgi using a wheelchair, and they decided to gift the wheelchair to Ash.

Now, Ash has the wheelchair which he needed for himself to walk again.

The Blackshers started taking him for walks and did other daily activities to familiarise him with the wheelchair. Ash got used to his wheelchair in little time.

Even though Ash got around to using the wheelchair well, he could not do some of his favorite activities like running in the snow. Blacksher was disappointed to see that he knew how much Ash loved the snow ever since he was a puppy.

When they found out that his wheelchair did not work in the snow, they thought of letting Ash in the snow by pulling him on a sled. But that would not have been much fun for Ash as what he loved to do best was run in the snow.

Blacksher soon got to work and put his 30 years of expertise in the design and engineering field to work and developed ideas. He then printed out the prototypes using a 3D printer to check the functionality of the parts. After he was satisfied and saw that everything was working smoothly, he printed out the main components.

Now, Ash can play in the snow with puppy-like agility and enthusiasm and loves. The opportunity to run into the fluffy snow. Blacksher hopes his project inspires others to create things for their pets with disabilities to better their lives.

Blacksher only wanted to give back the joy Ash had given him and his family. Ash’s favorite weather is winter, and he adores the snow. The Blackshers can’t wait to see him having fun again.

CHECK OUT OUR LATEST NEWS
PrevPreviousThe most heart-warming video of a dog with cancer reuniting with his military father is all you need to watch.
NextGolden Retriever that can hold 6 tennis balls made the record in the Guinness Book of World RecordNext