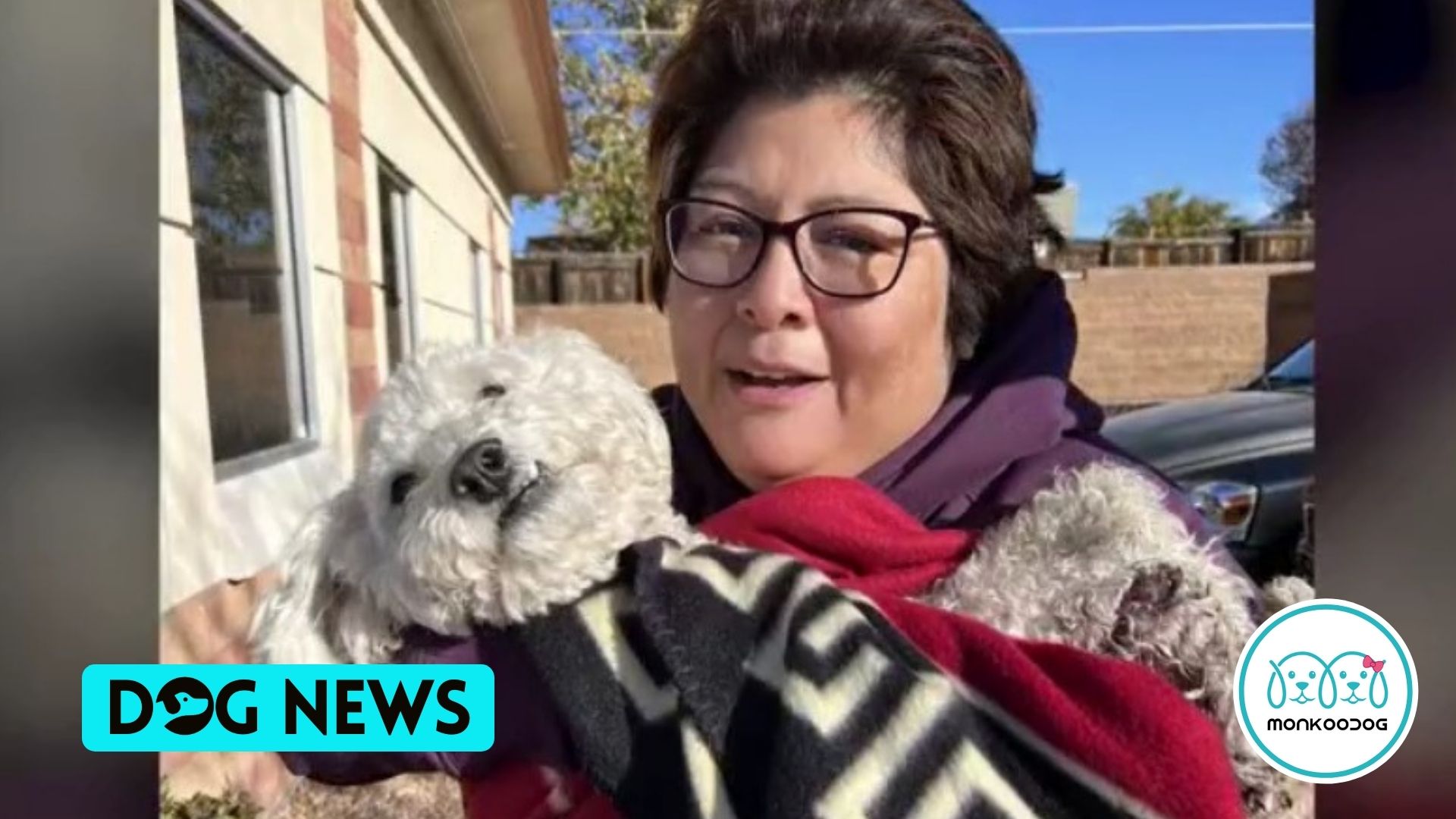 After the sad event, a little ray of hope was brought for Melanie Garcia. After going through the tragedy of losing her partner, missing one of her dogs and two of her dogs injured, she found her missing dog Otis on Tuesday.

In a brutal drunk drive accident in Albuquerque, Mexico, a man named Kevin Barton, Melanie’s partner, lost his life. Kevin went out with his and Melanie’s three dogs on Saturday night to buy dinner for them all. This is when 19 year old Casino Salazar slammed his car full speed into Kevin’s vehicle. Kevin lost his life on the spot.

The three dogs were with him. Two were found to be gravely injured on the spot, struggling for life. The third one, Otis, was nowhere to be found. The two dogs were taken to the Route 66 Vet Emergency Centre. When Melanie found out about the incident, she was devastated. Not only did she lose her partner, her two children (as she likes to call them) were struggling for life and her third was god knows where.

Melanie says – ‘I was devastated thinking where he might be. If he is safe or did he get hurt really bad.’

For three days, there was no news of missing Otis. Authorities were alerted and Melanie kept taking personal initiatives in her times of utter sadness to find her child. Three days later, on Tuesday, a PNM worker found Otis hidden behind some rocks very near the crash site and let the family know through social media. Otis was shocked by the incident and the loss of his master.

Melanie could not control her relief and happiness on seeing Otis and only now was she able to cry properly for her lost love. She can’t stop kissing the pup and calling him by his nickname ‘Mamas’ as she says he is mama’s boy. Otis was found with an injured leg and would need surgery. Otherwise, he is pronounced healthy.

Melanie says the other two dogs are still struggling and it would be a while before anything can be said about their condition. The vet bills are rising. A GoFundMe link has been created for helping with the bills of the three dogs.

Melanie is very thankful to everybody for supporting her through this time. She thanks her departed partner and says it is him only who is protecting them and will never let anything bad happen to them.

Casino Salazar denies consumption of alcohol. The tests are still going on. Kevin’s father says that countless lives are lost due to the disregard of some people towards others. Man, animal, all are vulnerable and the responsibility of concern lies on the human shoulders only.

Also Read:- A Dog Speaks Like Humans. This Video Will Amaze You.