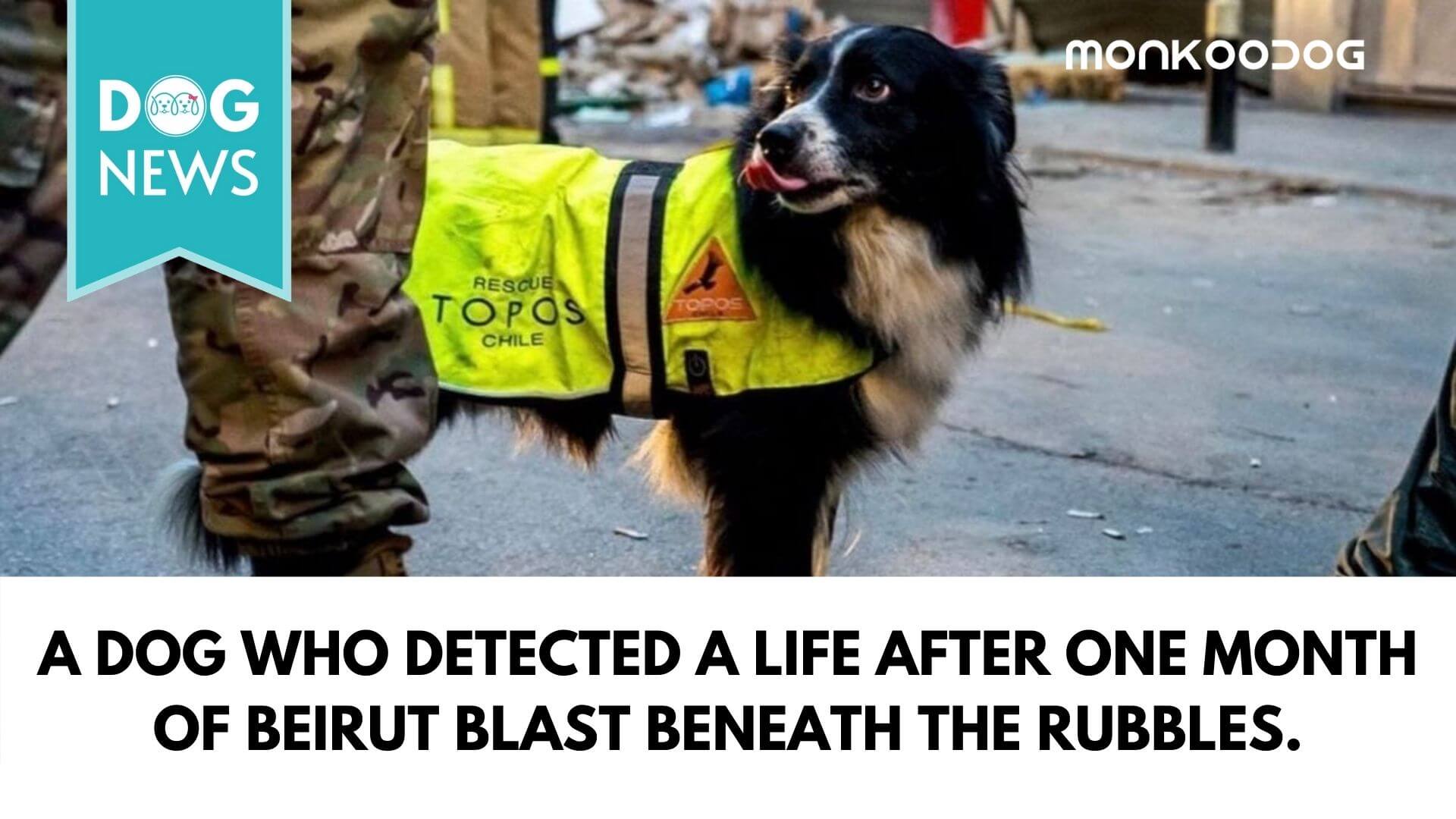 Home » Flash, a Border Collie dog detected life under rubbles one month after the Beirut Blast

Flash, a Border Collie dog detected life under rubbles one month after the Beirut Blast

The Beirut blast last month, not just shook the entire nation of Lebanon, but also the world. Death toll aside, the number of injured citizens and the mass destruction caused by this man-made mistake will go down in history as one of the deadliest and most devastating blasts ever.

For days at a stretch, medics, emergency rescue teams, and volunteers have been shuffling through tonnes of rubbles and shattered buildings to search for any signs of life. A month has already passed by and dead bodies are still being pulled out from various parts of the city of Beirut from under these rubbles.

Best Rescue operation teams from all over the world have already been working tirelessly to get the city back to life again. Gemmazey one of the most affected districts had been Scrooged for any and every sign of life during the initial days post the blast as it is one of the most famous areas of Beirut.

However, in the last few weeks, Gemmazey remained forgotten as rescuers went on to scavenge through the other adjoining areas. However, one dog decided to still rummage through the deserted area.

Flash, a border collie with the Chile Topo Rescue Operation team is one of the finest and best detection dogs in the team. Rather than follow his team to the nearby area, Flash and his keen sense of detection took him to an abandoned blast-caused destruction site.

Within minutes, Flash began to call out for his team as there seemed to be something abnormal underneath his feet. It did not take his handler long to understand Flash and his body language and to the surprise of the rescuers nearby, Flash had detected 2 bodies under the month-old rubble.

While one seems to be alive, the other was presumed dead as per Flash and his sign language by which he communicated. Many were skeptical of the Handler’s translation and were even proposing that it might be a dead body or simply some animal.

However, the Topos Chile Team was confident of Flash’s skills and decided to investigate further. Highly sophisticated detection gears were immediately sent on the area Flash kept signaling about. Much to the entire city’s shock, the devices picked up signs of human life, probably a child in a very weak and unstable state.

The emergency team has been called in to plan and assist the rescue of the body which seems to be lying at least 13 ft under. The entire operation was broadcasted live and all the necessary plannings are also being reported since the operation began. Flash has been declared the National hero of Lebanon and many have come forward to point out how important these animals are to the world. We humans who are regarded as the most intelligent beings on this planet could not do what a dog did without any help.

The locals who have vouched for Flash even went ahead and said that next time around someone tries to belittle somebody by calling “DOG”, they would have to think a million times. Flash and his heroic attempt to save a life have been one of the most positive news the citizens of Lebanon received in weeks since the catastrophe.

PrevPreviousA Dog Owner rented a snow machine to show his dying dog the last snow of his life.
NextA heartwarming note attached to the collar of a homeless dog fetches him a forever home, finally.Next