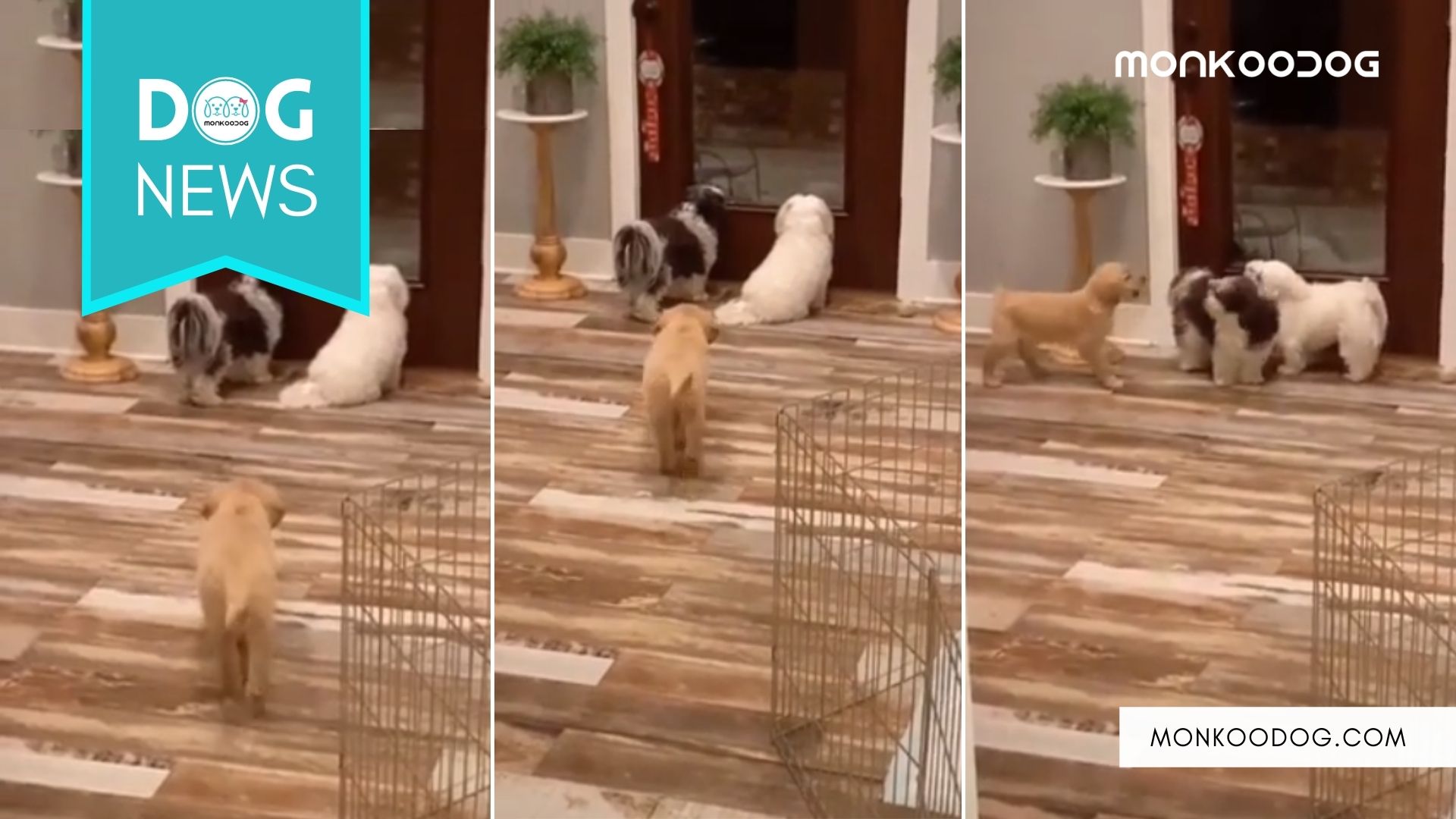 Dogs seem to have become the biggest source of entertainment in the past few days. Numerous funny videos and incidents seem to be circulating on various global social media platforms and thus garnering a huge amount of attention for sure.

In a way many netizens who are ardent dog lovers are glad that these viral content about dogs are reaching out to a greater population. As the number of dog lovers grow, the rise in the chances of better care and attention for these adorable canines are also expected.

The first clip that went viral was shared via reddit by a user named Shuckle Buckle and has three little cute dogs vying for attention as global stars of this 15 second long clip. The added background score makes the video much more hilarious and garnered some of the most funny comments from viewers all over the world.

As the video begins recording, a tiny fluffy brown pup is seen slowly approaching two other fluffballs. Interestingly enough the other two dogs seem unaware of the arriving predator and are busy waiting or looking out for someone at the door.

The brown puppy slowly reaches up to them and suddenly throws out a barking sound that produces a very funny reaction from the duo. Both the dogs jump at the sudden outburst of barks and their reaction seems to only make the puppy more happy.

The thread of funny comments like, “Gotcha!” “mommmmm did you see what I did” and many more such laugh worthy camaraderie from the viewers made the video even more funny and entertaining.

One even tried to decode what the other two dogs must have been thinking at that moment and hgae a langworthy interpretation that said, “Really mom?? Don’t you think he should be punished for scaring us and being a public nuisance?”

The second incidence is probably one of the oddball incidences that proves that dogs certainly have a weird thought process that is clearly beyond our normal imagination. This clip was also shared by a reddit user named navratansoni70.

The 15 second clip seems to be shot in a car and is equally funny as the first clip. The only difference being that the star of this video is an adorable and young solo individual. The star of the show is a beautiful and tiny white and brown colored puppy with adorable floppy ears and tiny button eyes.

The small puppy seems to be getting hiccups which causes his entire small frame to jerk. Given how small the puppy is, it must have been his first ever hiccup, so it does not seem to be able to understand why its body is jerking.

Mistaking the hiccup as someone else pushing him, he looks around angrily and begins to growl which changes into a loud bark when the hiccup arrives again. The video is too short to know what happens further but the short clip recorded and posted seems to be enough to draw out laughter from every viewer who has seen the clip.

People showered their humor even on this video by dropping the funniest comments on the video like,“OMG! He tried to bite his own tummy!.” , “I wonder who he is angry at. Mom maybe??” Someone even went ahead and said, “when hiccup arrives, we feel the same bro!”

Both the clips have gone viral within hours of being posted and have been shared hundreds of times on various other social media platforms including Youtube, Facebook, Twitter and Instagram thus garnering more and more attention by the hour.