A heartwarming note attached to the collar of a homeless dog fetches him a forever home, finally. 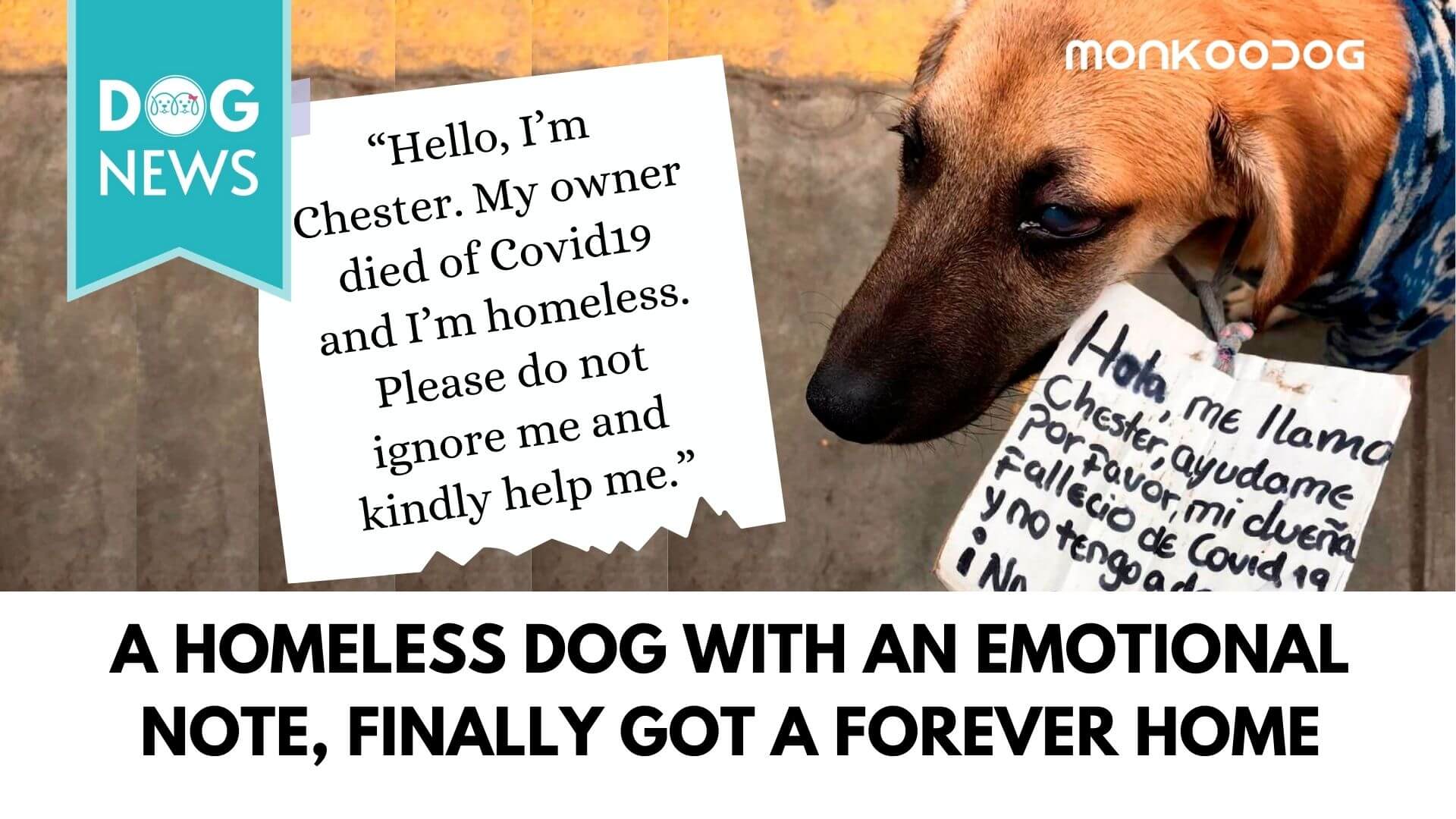 The global pandemic has changed the world scenario completely. The rising death toll aside, there is too much happening. With lockdown implemented in many nations, wildlife has been thriving, but street animals are surviving.

The economic meltdown and the deadly virus has made the life of pets and strays miserable. Many pets have been abandoned on the streets, or the owner’s death has left them homeless and alone.

One recent story that went viral on the internet is a heartwarming tale of despair and sheer luck. Chester, a beautiful brown hound, had a loving home until Corona took away his owner and left him on the streets.

Confused and heartbroken, Chester often roamed around the streets adjoining Lima, Peru, where his owner has a Vegetable stall. Lucky enough for him, a few stall owners recognized him and began to provide him with food whenever possible.

Out of pity and love for Chester, one of the local stall owners decided to tie a note around Chester’s neck. The note that read, “Hello, I’m Chester. My owner died of Covid19 and I’m homeless. Please do not ignore me and kindly help me.” Though many came to pet him and many even fed the dog, no-one genuinely cared enough to take him home.

That was until Nataly Oblitas was passing by and decided to look into Chester’s note. The message was a very emotional one, and it did not take Nataly even a minute to determine that Chester was going with her.

Lucky for Chester, Nataly is the manager at an animal shelter named Huellitas Felices Peru, so Chester was bound to get himself a warm and cozy place to sleep and be fed until he could go to his forever home.

Once she took Chester to the shelter, the vet confirmed that the poor dog was suffering from Ehrlichiosis, a tick-borne eye infection in addition to a few skin problems and malnourishment. Immediate care and recuperation were started to help Chester recover as soon as possible.

Nataly decided to share the note attached to Chester’s collar on their official social media account, hoping to get him adopted.

They hoped that someone would surely come by and adopt Chester. To their own surprise within hours of posting the request, applicants from all over the country began to want to adopt or help Chester.

Chester finally got a second chance to live happily ever after in his New forever home almost immediately to everyone’s surprise. This is one of those incidences that teaches us that “Humanity is not yet completely dead despite the cruelty all around us”.