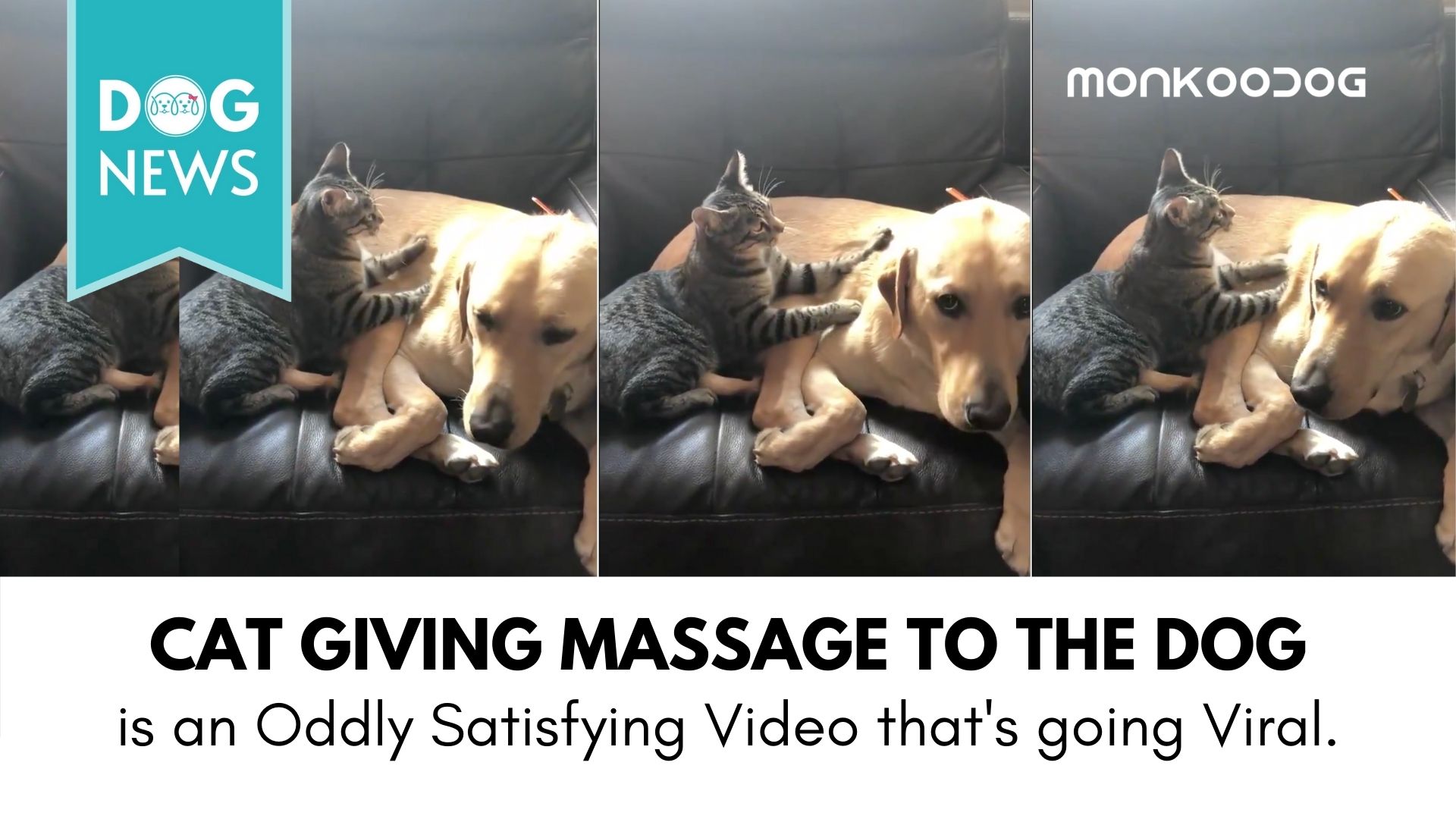 Cats and dogs are often described as Frenemies. Their relationship is a mixed bag of experience for most pet owners. In fact, people who have a feline and a canine company at their home have often been noted saying that there is ever any dull moment with these two species when they are staying together.

From weird fights to equally weird conversations, cats and dogs have a very funny way of showing their love/hate for each other. Social media has endless hours of these funny and explosive day- to-day interaction videos between cats and dogs.

However, a recent video posted on Twitter certainly will want you to reconstruct the famous quote, “Fighting like cats and dogs.”  Posted by American Author named Dick King-Smith, the 15-second video has already become an internet sensation.

With over 23k views since being posted on July 26th, the few seconds worth of video has over 2000 likes and 250 retweets. The video even has an apt caption attached that reads, “I like to massage the dog. Don’t tell anyone though. It’s on a knead-to-know basis.”

Also See: Video Of A Dog On An Unrestrained Truck Bed Raises Concerns And Calls For Action

The video is definitely a very funny and laugh-worthy one, given how odd both the animal looks in the video. The cat can be seen giving a really funny massage to the dog, while it looks in an awkward manner at the cat and tries to maintain a very odd posture just to be still.

The cat seems oblivious to the dogs’ discomfort and keeps massaging him in a very strange way that looks as though the cat is trying to knead the dough with the dog’s body.

The video seems to have garnered a lot of attention with loads of positive and hilarious comments from viewers all over the world. Some of the most iconic tweets include phrases like, “Love the awkward look on the dog’s face.” and  “this certainly proves the fact that dogs and cats can be best friends.” among many more.

Someone even commented with a video of her own and captioned it as “Daily occurrence at my home.”

The entire post and the continued thread proves it once again that love and companionship do not get hindered by species. It’s just feelings that are involved in becoming friends. Amidst the worldwide chaos, animals are certainly teaching us about the lost value of humanity minus the fractions caused by unnecessary barriers.

Also See: Sushant Singh Rajput’s Sister Post Photos Of His Dog And Dad One Month After The Actor’s Alleged Suicide