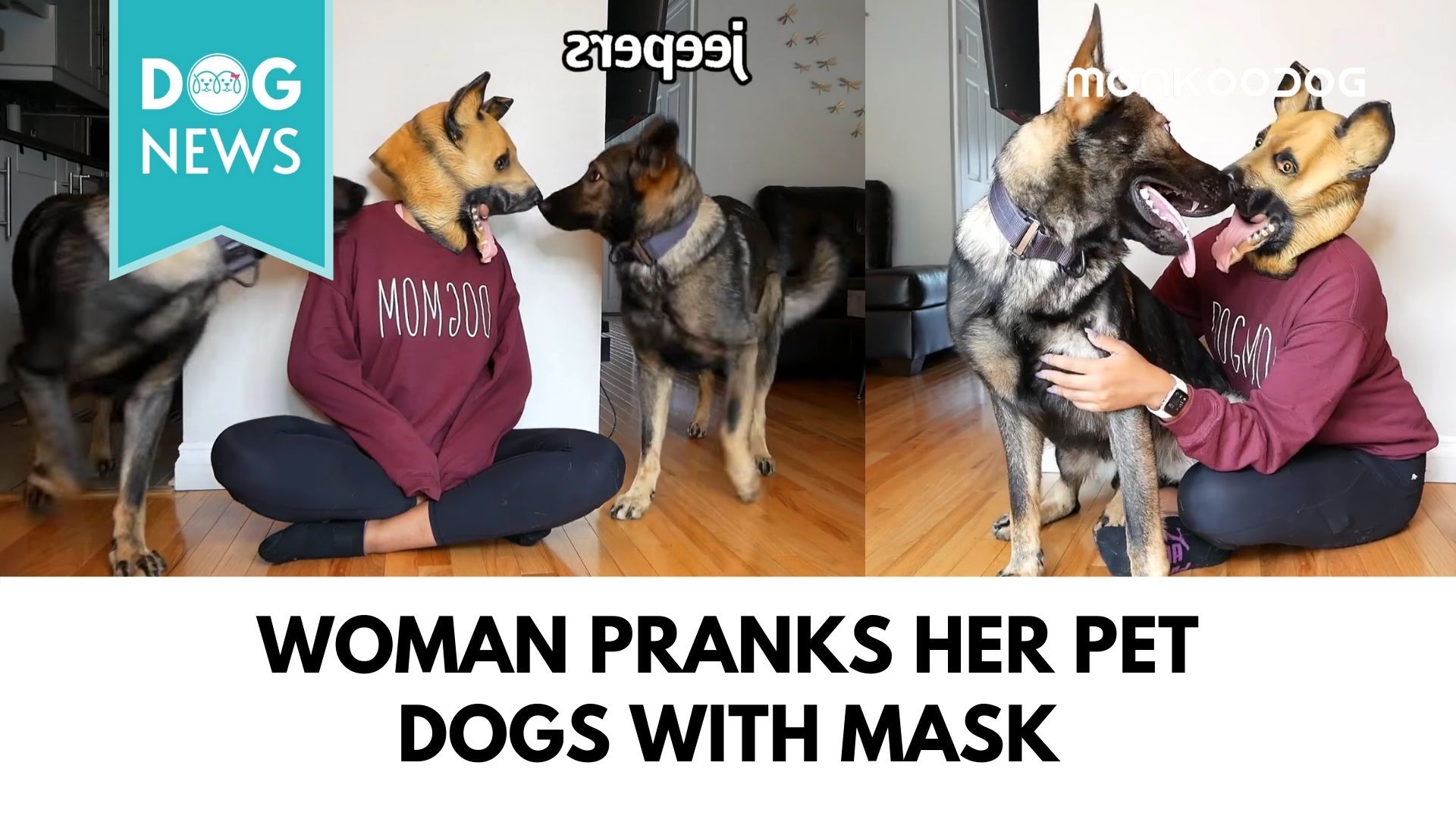 We all know how goofy German Shepherds are. Often known for their high trainability and a keen sense of reflex and smell, this breed is one of the most preferred Service Dogs. However, their iconic head tilts and weird expressions often make GSD’s the poster boy for pet memes and funny videos.

Amidst all these funny and entertaining games, what most dogs hate is imposters. That’s the reason the mirror challenge is often the most hilarious to watch. Pets bark and shout at their reflections, and this gives most pet owners some of the entertaining contents for their video posts.

Karen, who lives in Ottawa, Ontario with her two adorable German Shepherds Jade and Jasper, decided to take the game a notch higher. The entire video shoot has garnered rave reviews and accolades since she posted it on her social media.

Initially, Karen can be seen sitting wearing a German Shepherd mask. As soon as both the dogs walk past the corridor and see her, they immediately recognise her smell and feel and begin to play with her, but the confusion with the way she looks, makes them go back and forth between confusion, surprise, and amusement.

They keep rotating between attacking her, playing with her and trying to identify her. Karen is even seen trying to startle them by barking, and their reaction is as comical as it can get. After an endless tussle with her, both the dogs are seen moving slightly far away from her and carefully observing her.

The entire sequence has garnered over 20 thousand comments worldwide and seems to be trending news in most of the digital platforms. Both Jade and Jasper seem to be unable to decide what exactly is the human-like dog-faced creature in front of them right until the end of the video.

The global pandemic caused lockdown to be a great and happy time for pets. Their ability to stay hinged with their beloved humans has been one of the main contents for viral videos all over the social media circle.