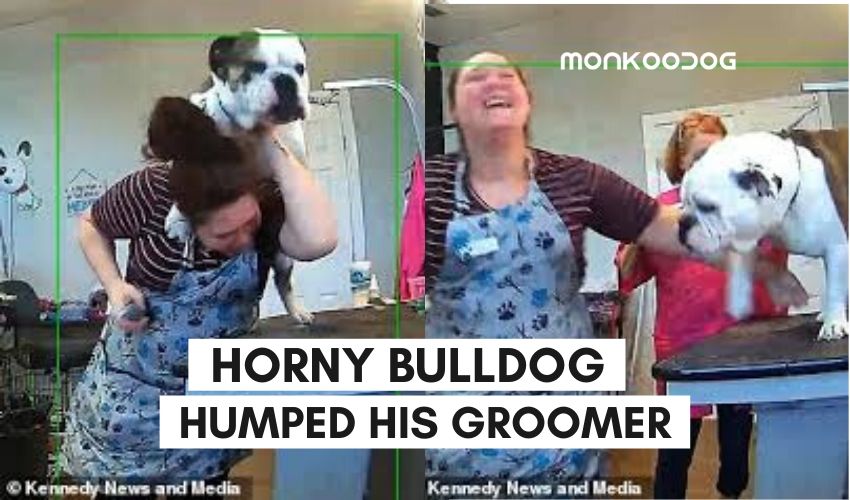 Pedicure gives you a really good feeling, however, it apparently PLEASED this bulldog….who couldn’t withstand himself from getting on the back of his groomer as she tried to clip his back leg nails.

Kali Lander, 21, works at the Shampoochie Pet Grooming in Granbury, Texas. On the 21st of May, she got a job to groom a bulldog’s nail. Everything was going normal until she reached his hind legs to clip nails.

When she made her way to his back legs, he gets way too excited or you can say “turned on!” He pinned Kali on the counter, mounted on her back, and started hopping.