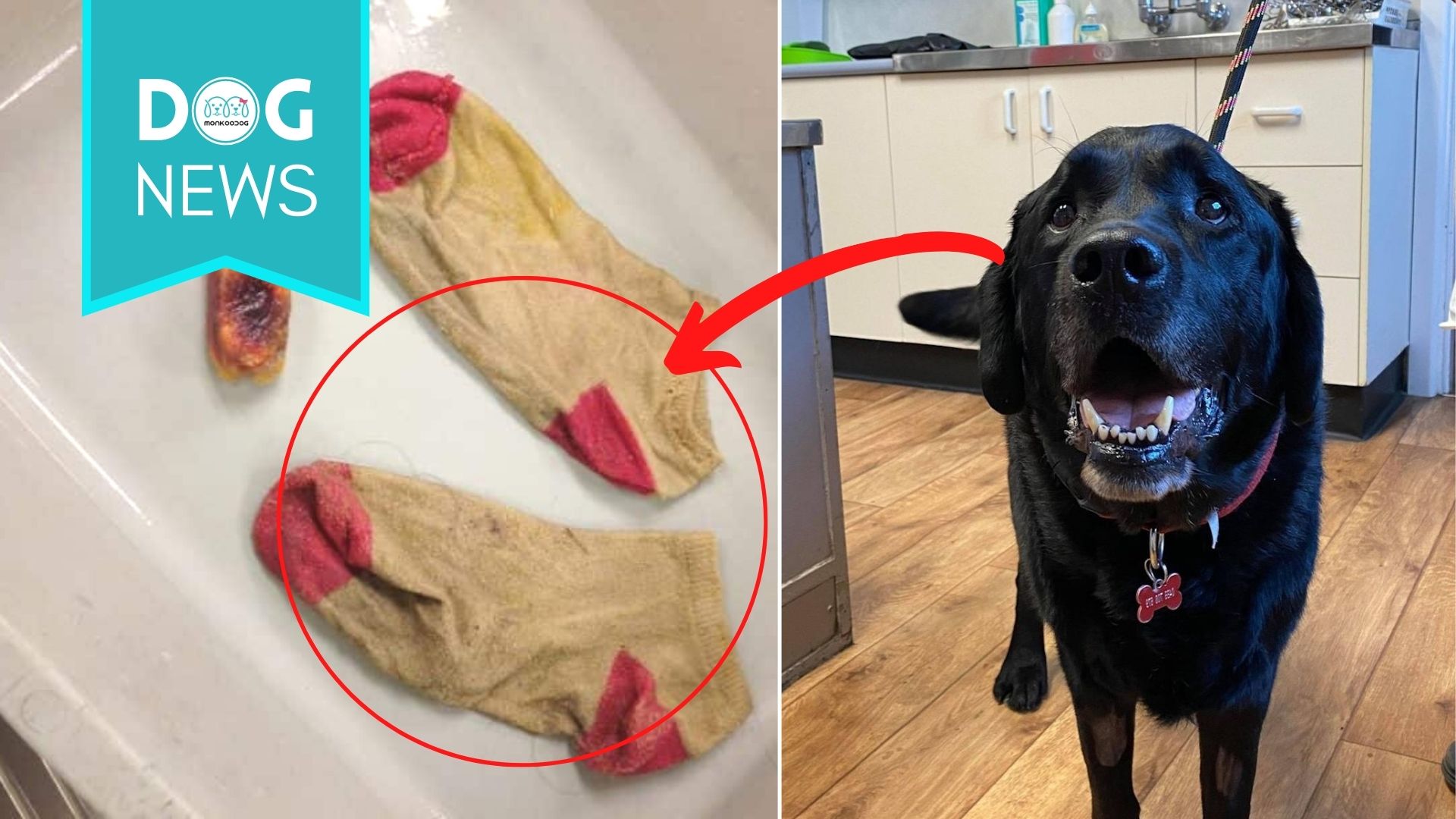 Pet-owners, beware! The dangers of leaving your pet unattended are many. Monty, a seven-year-old, black Labrador was recently rushed to the Canobolas Family Pet Hospital, in Orange in NSW’s Central West, by his human caretakers after he became ill and refused to eat. The happy-go-lucky dog had fallen seriously ill and required immediate medical attention.

Dr. Lauren Slater, Monty’s vet then found out that the dog was seriously sick, had pale gums, black stool, and a large stomach. His blood tests confirmed that Monty was anemic and low in protein, which meant that the lab was losing blood. Doctors arranged for tests to check for the origin of the bleeding but didn’t find any tumors or ulcers in the stomach region. They also checked for intestinal tumors or any sort of obstruction of the gut.

Monty went through an endoscopy for further intestinal investigation after being given an anesthetic. When the camera was passed into him, the doctors were astounded to see something they least expected to see there. They found a black object which seemed to unravel as they tried to extract it for sampling.

At that moment, the doctors were sure they were dealing with a foreign object in the lab’s body. But what was this mystery object that surprised even professional experts? The morning after Monty was taken in for surgery and the doctors found not one, not two, but four rolls of socks in the labrador’s stomach.

The veterinarian has said that the dog was suffering from chronic irritation and bleeding as a result of having ingested the socks. Other pet-owners have found this relatable, especially those with Labradors at home. Someone said that their lab Troy had to go through surgery when they were 9 months old for the same reason while others have said that only a Lab was capable of such a thing.

It is true that  Labradors have the habit of eating and chewing whatever they find – even potentially dangerous items. But it should be added that Monty is doing better and the Monkoodog team wishes him a speedy recovery.

PrevPreviousMeet Prancer, The ‘Demonic’ Chihuahua Going Viral For His Adoption Ad
NextMickey Mouse Ears On A Puppy – Meet Goma, The Cartoon Pup Who Has Been Stealing Hearts All Over The InternetNext