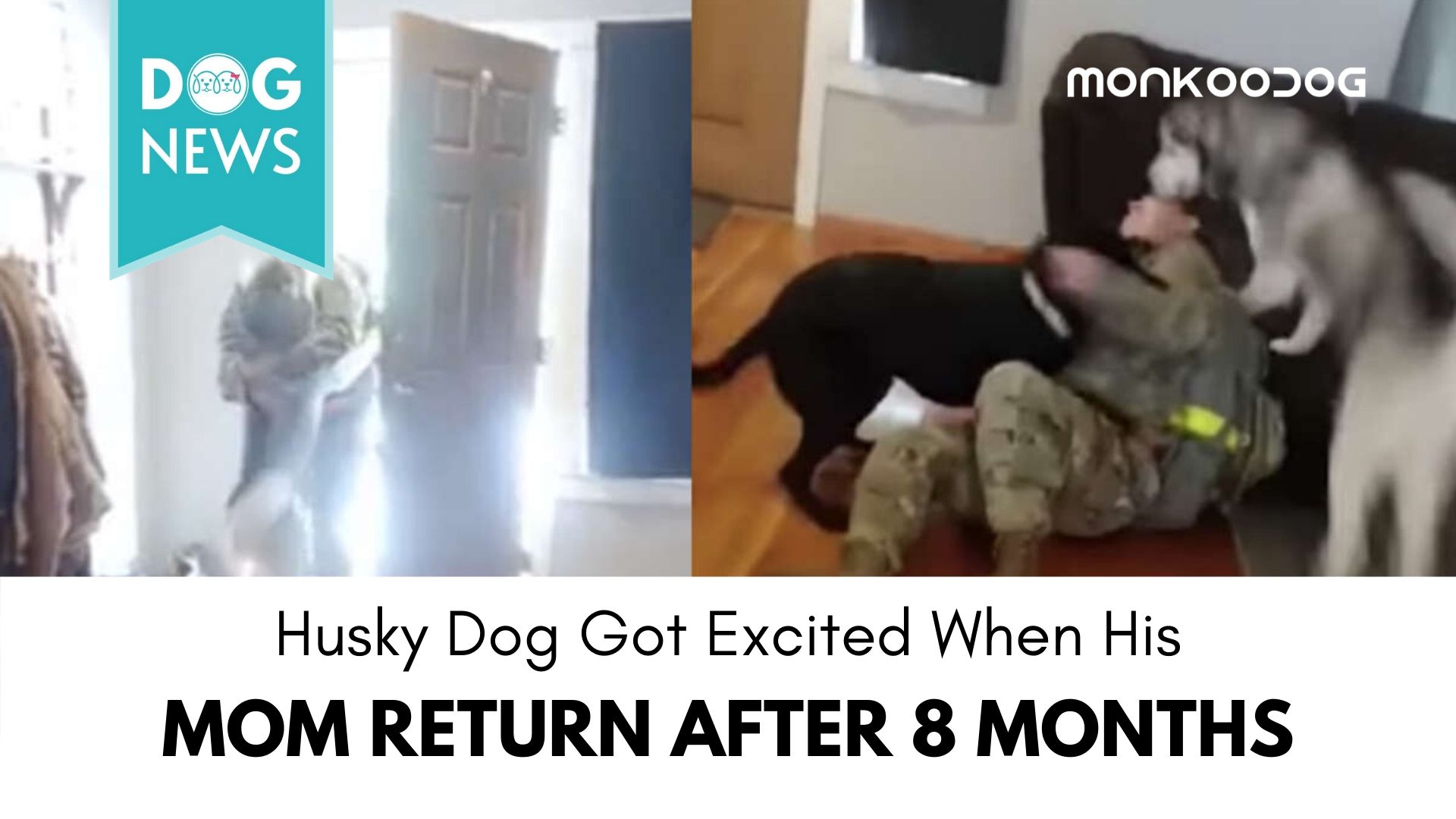 We all know that to a dog, their hooman is the most important thing ever. Their entire life revolves around that one person. Their expressions and feelings when they are separate from that one person is perhaps the most emotional picture to ever have around. Taryn Dennison had adopted a tiny husky puppy a few years back and named him Bauer. Huskies are often known for their very vocal and exuberant attitude. They often express their thoughts and emotions through weird barks and howls.

However, Bauer was completely different. He hardly ever howled or barked and was known for his calm demeanor and expressive stare. Growing up alongside Taryn, he never knew how to be separate from her side.

The only thing that ever interested Bauer was either sleeping or simply cuddling up by Taryn’s side and spending hours exactly in the same position without moving even a wink. Until Taryn got up to walk somewhere Bauer maintained that stoic position at all times. So, when Taryn got the notice for deployment, things were bound to get difficult for Bauer. Taryn had to make a difficult choice for Bauer to leave him with her roommate and her dog Macie. She did try to facetime Bauer a few times but each time he heard her voice, he ran to her house expecting her to be there and often spent time just lying and waiting for Taryn to call his name again.

After 8 months of service when Taryn returned home, she was in for a completely new Bauer. He was literally jumping, licking, and howling like a happy and mad dog without even taking time to breathe. His excitement was so contagious that even Macie, Taryn’s roomie’s dog, also began to do the same.

The entire video was shot by Taryn’s roommate and uploaded on social media garnering a huge number of responses from pet lovers worldwide. Dodo even did an exclusive cover of the entire episode and posted it on its official platform. Taryn informed via phone that it has been 48 hrs since her arrival and Bauer is yet to leave her side for even 1 second. And his excitement and happiness are yet to diminish. This is yet once again another heartwarming example of how much dogs can love humans.

Also See: Face-Off Between Two Dogs And A Monitor Lizard