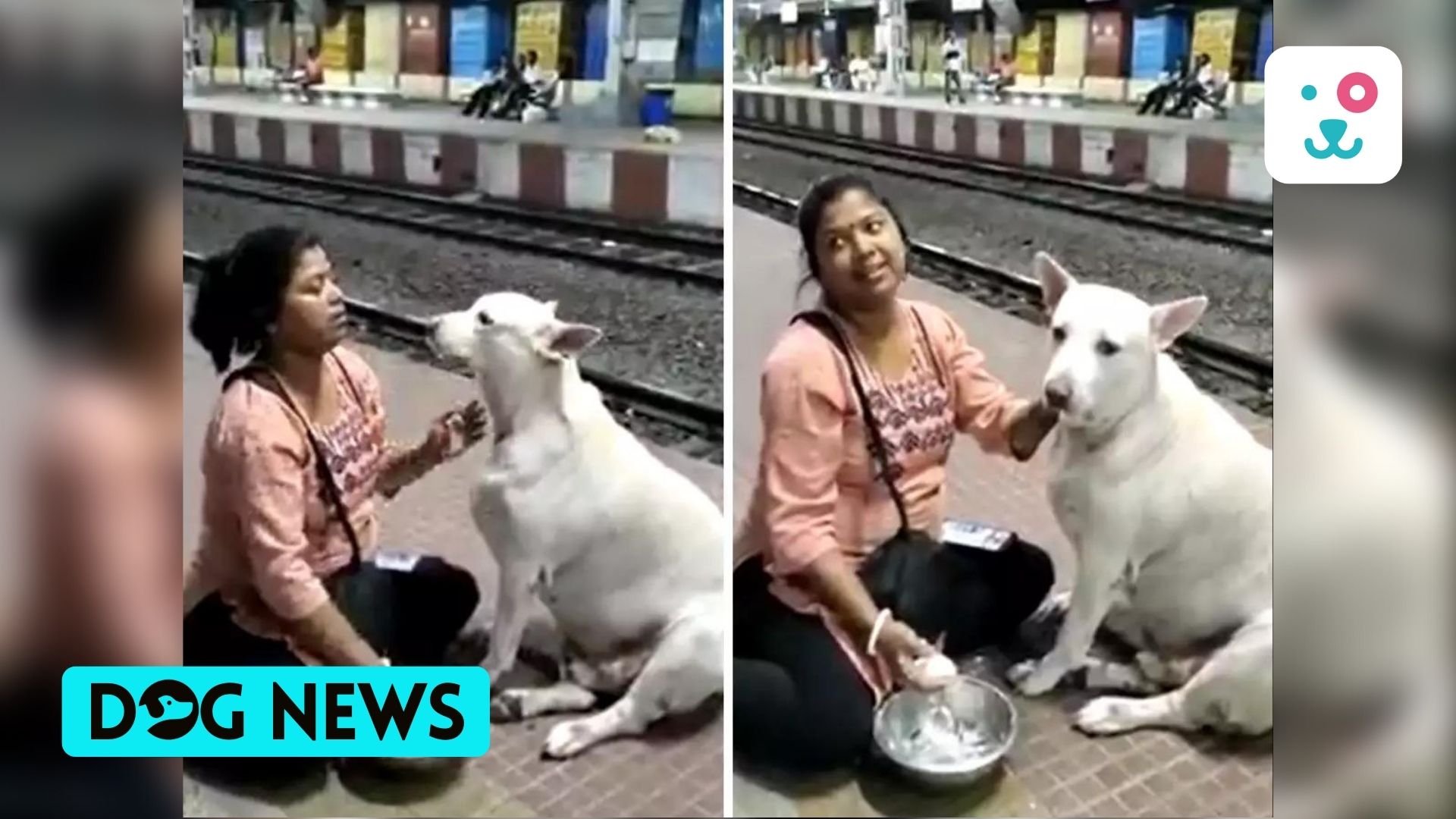 Home » In a Heartwarming Video, a Woman Feeds a Stray Dog in West Bengal.

In a Heartwarming Video, a Woman Feeds a Stray Dog in West Bengal.

A video went viral on the internet in which a woman is feeding a stray dog.

The video is heartwarming and the woman can be seen feeding curd and rice to a white-colored stray dog.

She earned praise from netizens all across social media platforms.

The video was recorded at then Dum Dum Cantonment railway station of West Bengal.

The video shows a woman making curd and rice balls to feed the dog with her hands.

The dog can be seen sitting comfortably and eating next to the woman.

The woman can be heard saying that the stray dog obeys everything she says and he only prefers vegetarian food.

The video was originally posted on Facebook. The post explains that the dog is five years old and is named Kutush.

How Did the Netizens React to the Video?

The woman is definitely doing something that is worth appreciation.

All of us can get some motivation from her to help the ones who can’t even complain.

The woman got praises. One user on the internet commented, ‘The dog has definitely gained weight but the woman is doing a nice job’, and another said, ‘We need to learn from her, she is treating a stray like her own child, and why not?’.

Well, definitely, the woman deserves every bit of appreciation.

A few days back, another video that went viral was showing a dog who was enjoying a ride with a traveler in Goa.

The dog in the video was blocking the woman from riding her bike and somehow managed to sit on the bike’s front.

Even after completing a round, the dog was not in a mood to get off the bike and forced the woman to go for another round.

Acts like these, which are selfless and only out of love are rare but heartwarming.

They motivate each and every one of us to acknowledge our privileges and do something for the underprivileged.

Humans can somehow put up a fight but animals can even speak the same language as us, they need us in order to live happy and healthy.

The sooner humans realize that each and every life matters and we can only live in harmony with other creatures, the better it is for the well-being of the world.

Let us hope we get more chances to appreciate such heartwarming gestures.