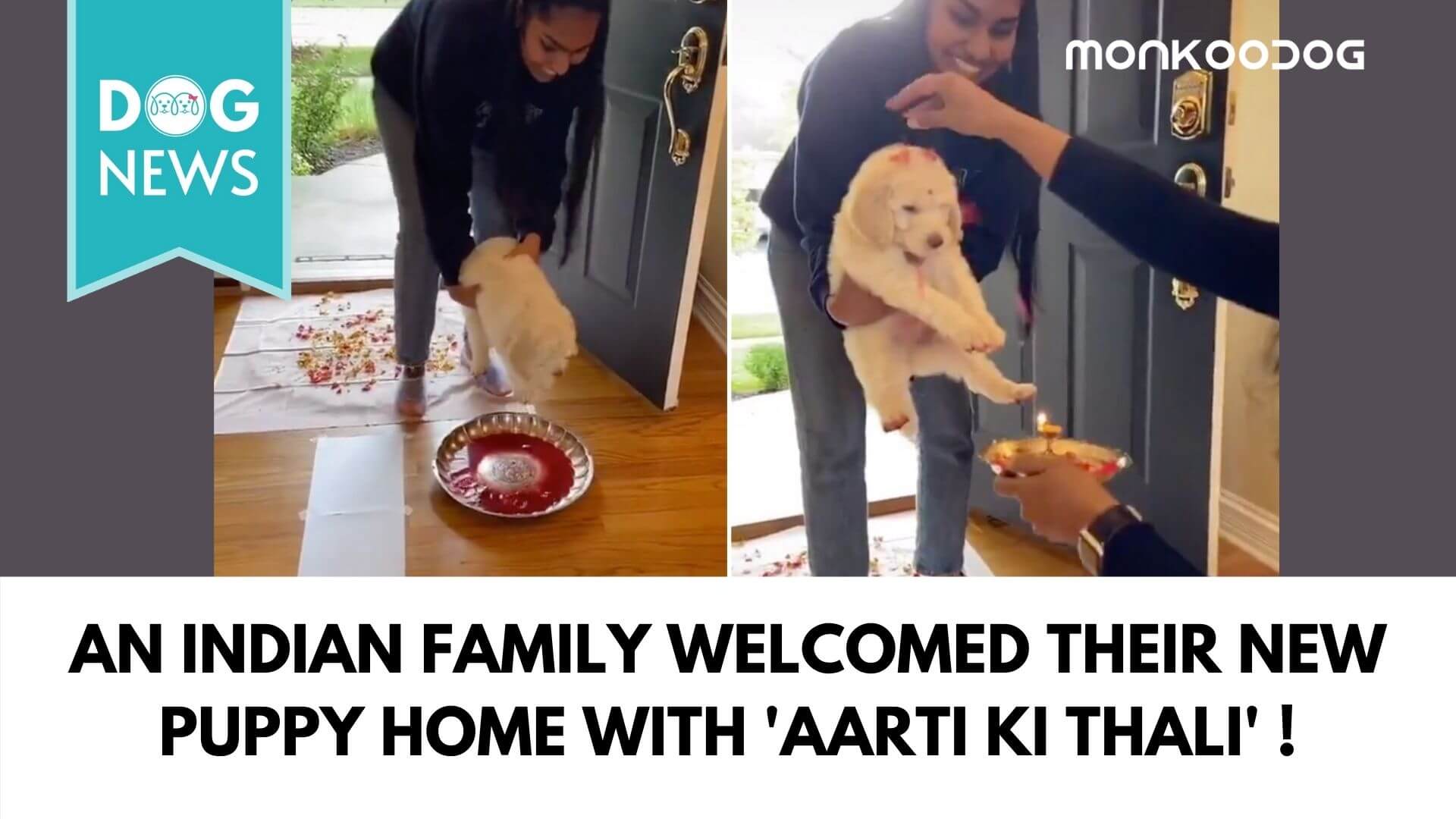 Humans and dogs have an invisible bond that is unlike any other. While the love of a dog is often unconditional, humans are no less too. Yes, cruelty does happen against dogs and animals but despite that, there are a million people all over the world who fight for these innocent beings and even love them unconditionally.

Recently a new video has caught the attention of netizens worldwide after it was shared on Twitter. The exact location or the family in the video is not known but it looked like it was a short video that was posted on Tik Tok App and later reshared by Little Honey Dew on Twitter. However, the credit for the video has been given to a Tik Tok user by the name @Shreyagid

Indian customs believe that when a new bride enters her home for the first time she needs to go through a few auspicious rituals. Firstly her hands are dipped in ‘Altaa’ water which is a holy red color, and her hand impressions are put on the walls at the entrance of the house.

This is followed by ‘Aarti’, a welcoming gesture with an oil lamp lit and a small ‘vermillion tikka’ on the forehead. All these gestures and rituals are said to bring good luck, health, and prosperity for the new bride.

In the video, a girl is seen bringing a new puppy home. All the rituals done with a new bride is followed. First, the little paws of the pup are dipped in the red ‘Altaa’ water and the impression of the cute paws is put on the wall. This was followed by a small ‘tika’ on the puppy’s forehead and a nice aarti.

Interestingly enough, the background music was also synonymous with the surrounding. The title track of Kabhi Khushi Kabhi Gum shows a mother waiting at the door to welcome her son home, who was finally back after being abroad for over a decade. She is seen with an ‘Aarti ki Thali’ in hand.

The entire scene clearly shows that the family will definitely adore the puppy and consider her more as a family member rather than an animal. These emotional and touching videos are a constant reminder that not all humans are bad.