It Happens Only in India. The Most Epic Photobomb Done by a Dog. 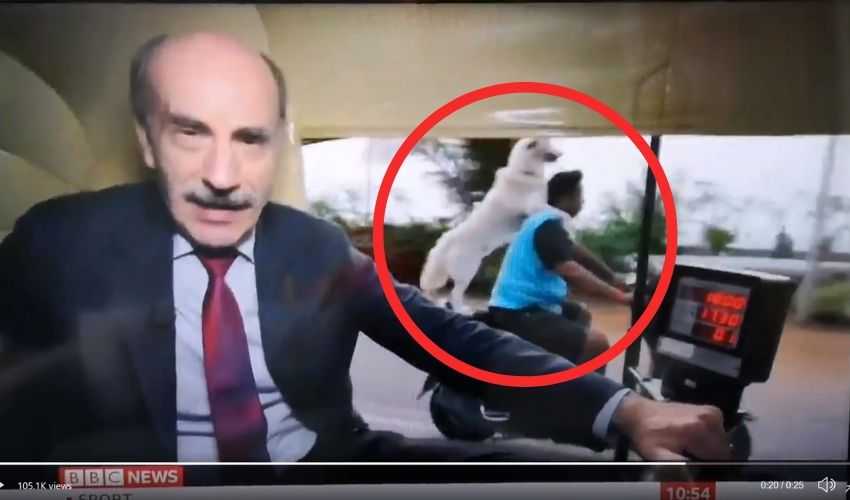 As India is very well known for its diversity, It is also known for the funniest strangest things that happened.

A very funny thing has happened in India with Tom Brook, the presenter of the BBC during his shoot. The limelight was stolen from Tom Brook during the shoot by a four-legged pooch riding a bike with his owner.

Tom Brook was shooting an episode of his new show ‘Talking Movies’ in Mumbai. As you can see, he was inside an auto-rickshaw on the streets of Mumbai, all of a sudden a dog riding a bike with his owner appears in the background of Tom brook. As soon the episode aired, it went viral online, leaving people amused all around the world.

This is the most Indian photo bomb ? pic.twitter.com/dtAcmByofW

The dog was balancing on the bike by standing on his hind legs and front legs resting on the shoulder of the man driving the bike. The dog appeared in the frame only for 16 seconds and stole the hearts of thousands of people all around the world.

The video of the episode was shared by Tim Kimber on Twitter with the caption, ‘This is the most Indian Photobomb.’ It grabbed 100,000 views since it was shared on last Sunday. It amused thousands of eyes and collected various comments like ‘This is hilarious.’

That gave me a much needed laugh! Thanks??

Soon, another video of the same dog with his owner hanging around on the streets of Mumbai again riding on the bike was shared by someone.