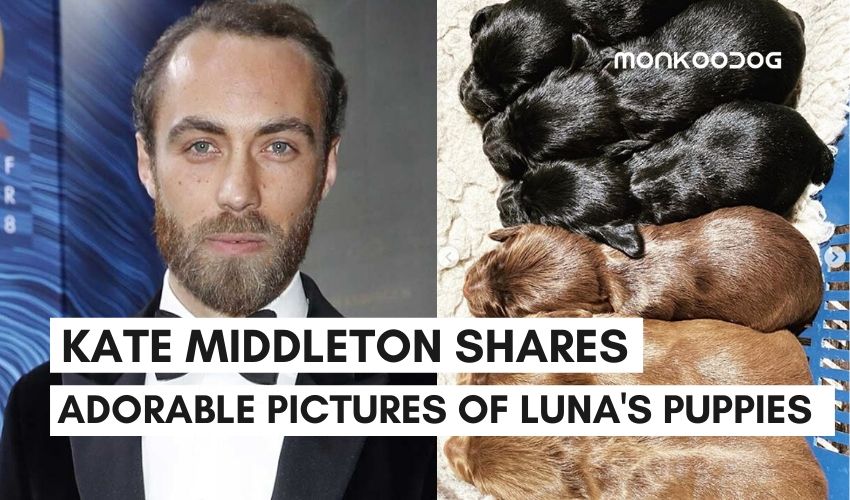 Home » Kate Middleton’s brother James Middleton’s new puppies are helping in donating for an important cause.

Kate Middleton’s brother James Middleton’s new puppies are helping in donating for an important cause.

Dogs are often the greatest source of happiness in a family. For James Middleton, his love for dogs goes well beyond just as pets. The 31 years old British entrepreneur is often referred to as the Duchess of Cambridge, Kate Middleton’s brother but he has another identity that is unlike any other celeb siblings.

An avid animal lover, the founder of Boomf is the proud father to 5 adorable dogs. His social media handle often seems to have pictures of his dogs or promotional content in relation to animal rescue and shelters. Recently another dog, Nala joined the bandwagon to be the 6th official kid of the block.

One of his dogs Luna gave birth to 7 adorable puppies a few days ago, however, only 6 survived. James had shared his heartfelt condolences with his followers via social media about the demise along with the happy news of the healthy 6.

Titled as ‘Puppy love’ he had posted initial pictures of the 7 puppies before one of them passed away. Days before Luna had given birth, James had decided to extend his family and adopted Nala, a beautiful brown pooch with stunning bluish-green eyes.

With the inclusion of Nala, the Blue-eyed British man has 6 dogs right now. With the exception of Mabel being a Golden retriever, Ella, Zulu, Inka, and Luna are all black Spaniel. What is special about the entire new transition in Jame’s family is that he has decided to donate all the money raised from the sale of the adorable puppies of Luna.

James has been long associated with ‘Pets as Therapy’ and is the official brand ambassador of the project. He said that all the revenue generated from Luna’s puppies sale would be donated to Pet as Therapy, UK. He has often been very vocal about how dogs can help battle mental illness as he confessed to having suffered from a long bout of Depression before becoming a huge dog lover.

Check it out now, which dog has just created a world record of giving birth to the biggest litter in the whole history in this Coronavirus pandemic.

PrevPreviousLabrador creates new record after giving birth to one of the biggest litter in history.
NextHuman killed a Pregnant Elephant by feeding Firecracker stuffed Pineapple – Tales of Animal Cruelty continues in IndiaNext