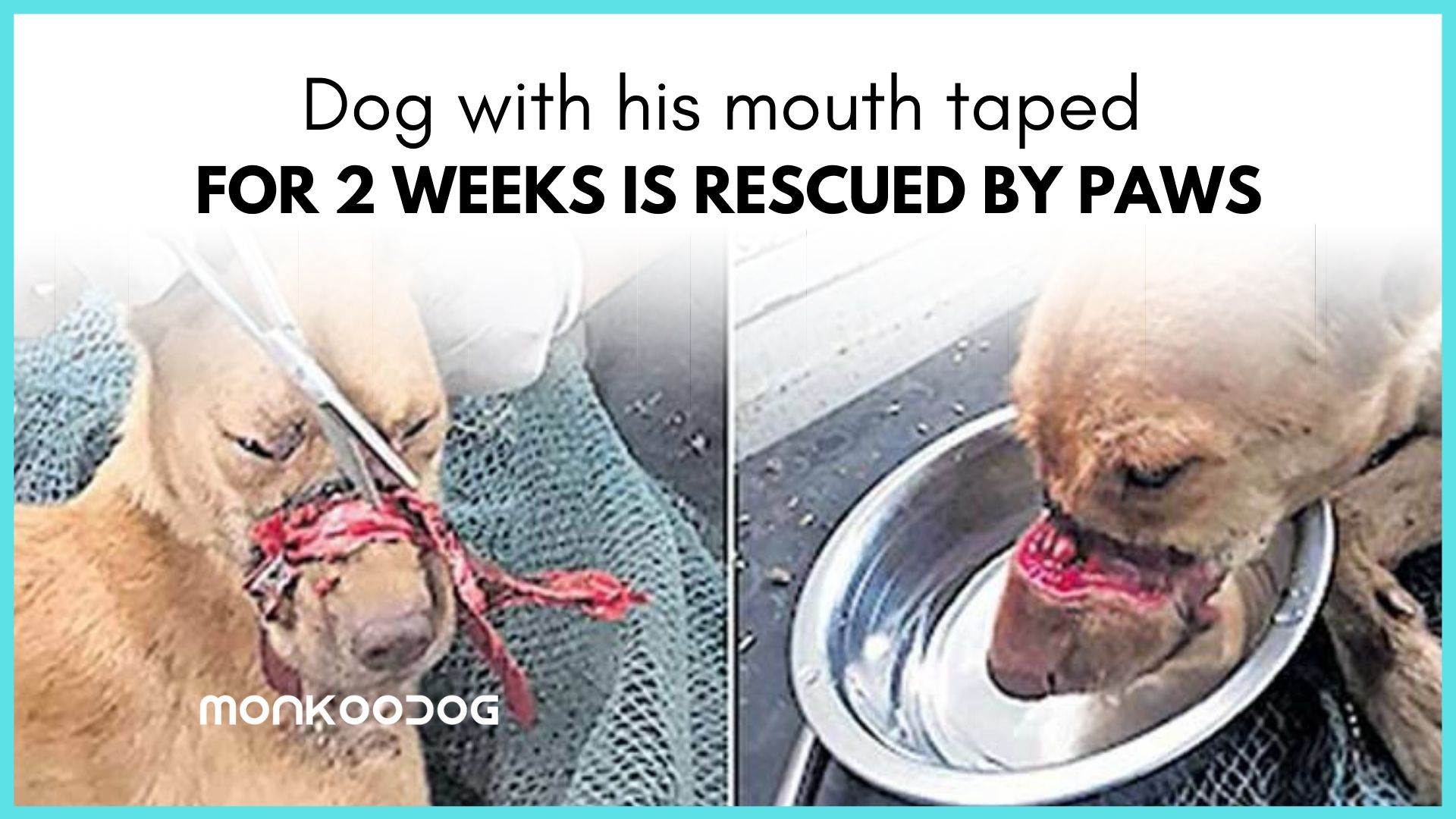 Kerala has been trending for the past 1 week all across the world. However this time it was not because of the great job being done in the global fight against CoronaVirus. Last week Palakkad district of Kerela saw one of the most violent acts of animal cruelty.

A pregnant elephant was murdered by people of the area by feeding it firecracker stuffed fruit. Within a week Kerela is once again in news for the same reason for animal cruelty. A new video has surfaced of the inhuman act of the people of Thrissur district towards a stray dog.

Two weeks back People for Animal Welfare Service (PAWS) received an anonymous call about a stray wounded dog roaming in and around Ollur district. However, the dog had some very serious tape injuries all around its mouth and head.

According to the reports of the investigation, Mr. Ramchandra, secretary-general of PAWS stated that the dog had a severe laceration in and around its mouth that was caused due to the extremely tightly wound multiple layers of tape around its mouth. Some of the tapes were so tight that they had literally cut through the bones and flesh around its mouth.

What is more inhuman is that the dog was wearing a pet collar which clearly indicates that it was owned by someone. In addition to the severe injury, it had not been fed for at least a week. The initial investigation suggested that the owner most probably tied its mouth with a tape to prevent it from barking or most probably to punish it for some abhorred reasoning.

Though no arrest has been made yet, the investigation is going on in fledged force to catch the criminal behind the heinous act. However, the only good result of the entire horrific act is that the dog has undergone the much needed initial emergency treatments and is in a stable condition right now and awaiting final treatments before being sent to a good foster care.