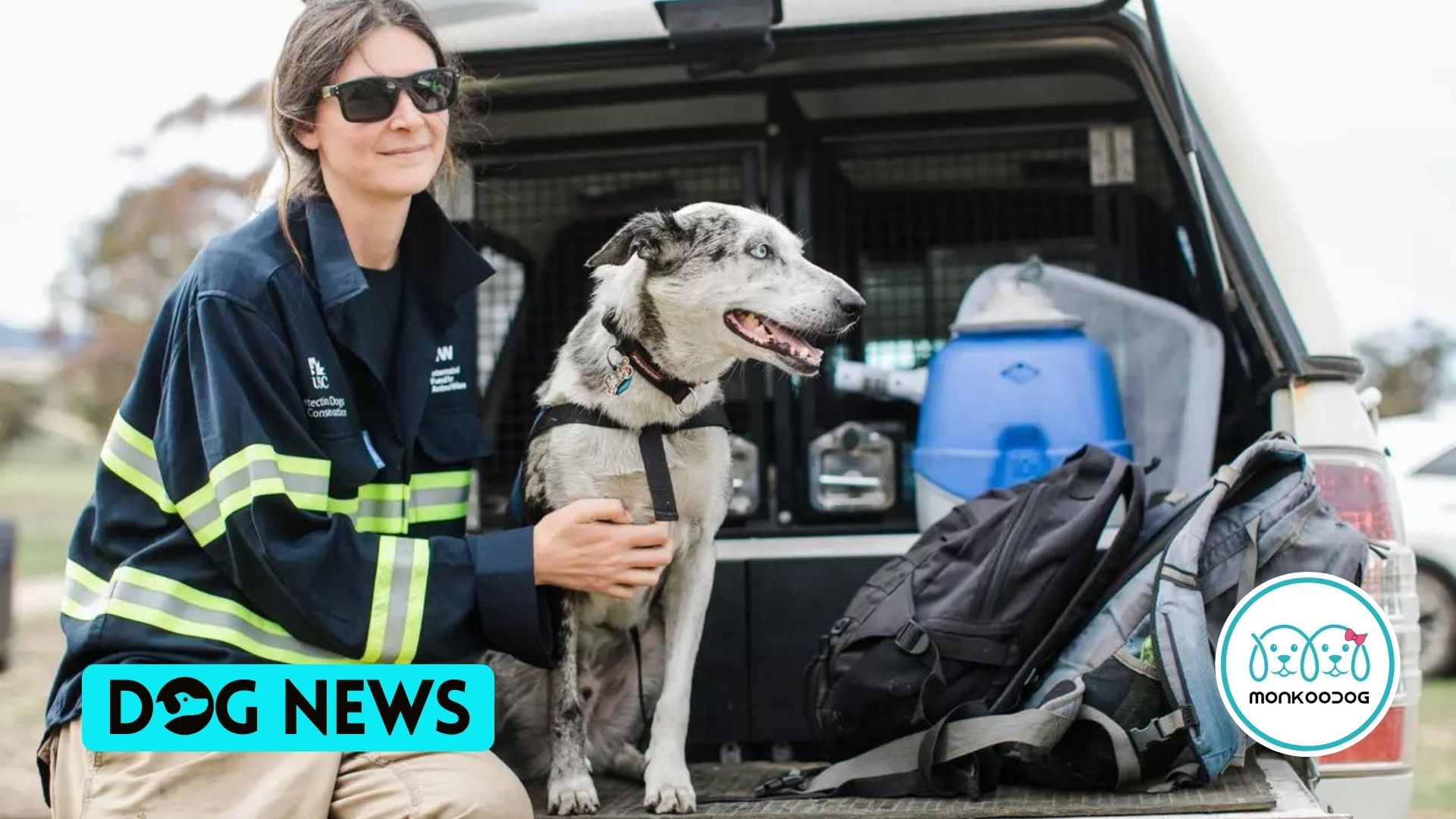 Koalas detection dog Bear has received a prestigious award for his efforts, that helped save many Koalas in Australia Bushfire.

The Australian bushfires in 2019-2020 destroyed lands, leaving them burnt and barren along with countless dead animals. In a heartbreaking finding, it was estimated that one-third of Australia’s Koala population was lost to the fires.

When the smoke cleared out, rescue workers got to work to find any survivors out in the woods. Their best rescuer ended up being the now 6-year-old Australian Koolie Bear.

Bear was originally bred for a pet shop, but he did not make a suitable pet. He was then rescued by the International Fund for Animal Welfare (IFAW) at one year of age.

Bear was slightly obsessive with super high energy. He did not fit into the family home environment at all. But lucky for the rescue workers, Bear’s qualities are perfect for the job of a koala detection dog.

A post shared by Bear The Koala Detection Dog (@bearthekoaladog)

Bear for Conservation program searched for dogs with high energy who were happy to spend hours in the bush searching for Koalas. Other critical qualities required are obsession with playing and having a soft demeanor with other animals. Bear fit the role perfectly.

Koalas detection dog Bear looks forward to being on the move and is always a happy soul. His worst nightmare is being left behind from work. But luckily, Bear is a working dog, and his team brings him to work every day.

Bear was trained for two short years, and the time when he started working in the field was when the devastating bushfires happened. Areas in Queensland and New South Wales were assigned to Bear.

A post shared by Bear The Koala Detection Dog (@bearthekoaladog)

Koalas are quiet creatures who sit extremely still and are excellent at camouflaging well. This makes them difficult for us humans to find. But the super sense of dogs allows them to smell what we can’t see. During the bushfires rescues, the dogs were a great help and improved Koala detection rates.

Appstore
Google playstore
PrevPreviousSpencer, the cheerleading Golden Retriever survives Tumour and returns to the Boston Marathon.
NextCourt Granted Joint Custody of Dog to a separated couple in a rare rulingNext