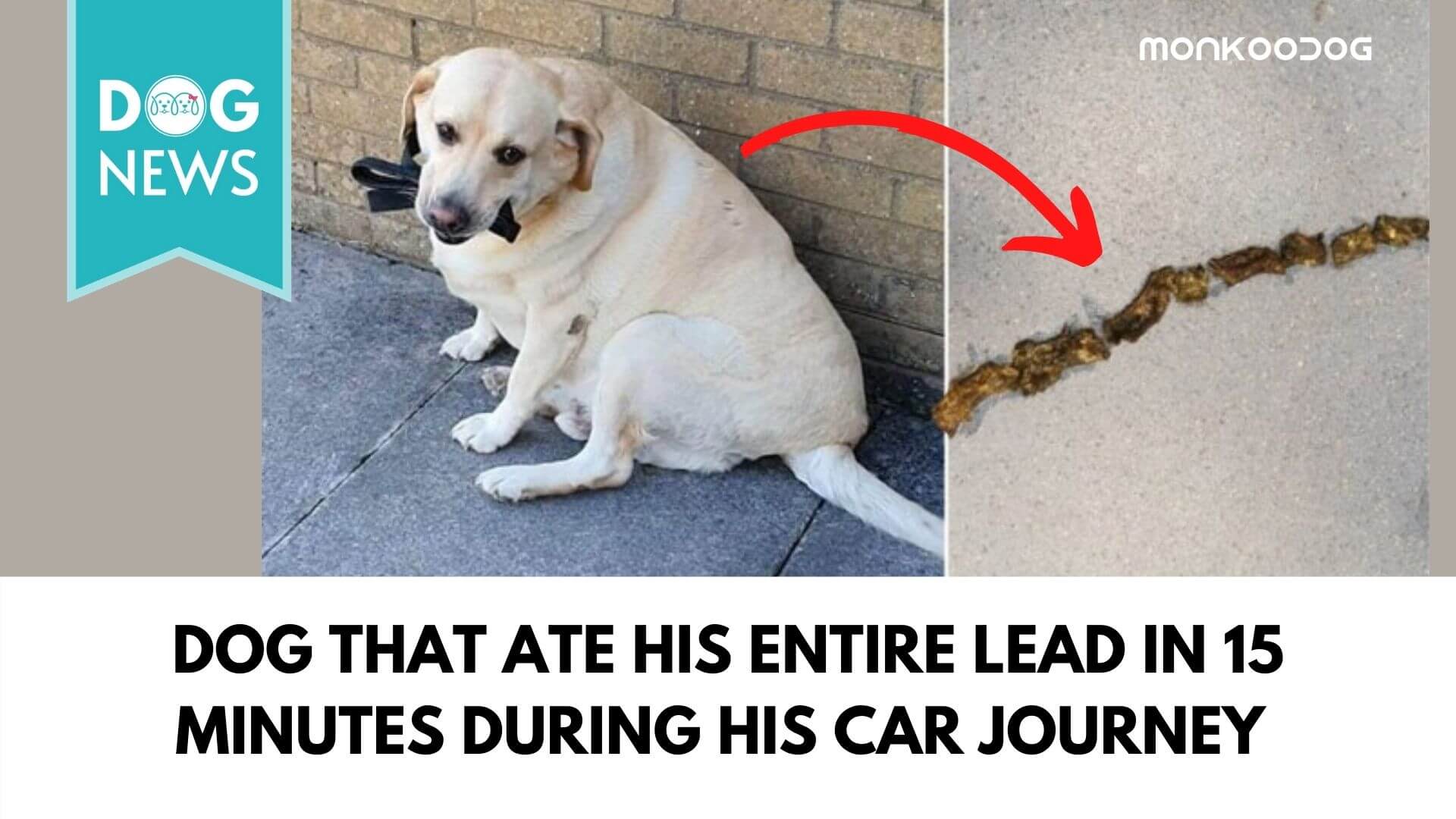 Labradors are known for their crazy antiques in addition to their super friendly demeanor. The Internet is filled with news and stories of their crazy behaviors and weird mishaps. What Brian and Christian Hillman did not know is that one day they also would become sensational global news because of their own labrador Max.

Over the years, Max has kept the Hillman couple busy with his antics and playfulness. He is used to being chased and scolded from chewing through socks and making holes to playing around with knickers and clothes. According to the Hillman couple, Saffron’s calm and serene nature sort of compensates for Max’s highly energetic behavior.

However, things took an unusual turn when Christian was on route to the Vets Now Clinic in Newport for Max’s hydrotherapy. By the time she was parking her car, she had realized that Max’s lead was missing. Everything else was gone except the metallic end, which was lying on the seat.

It did not take her long to guess where the lead might have gone, so she immediately rushed Max into the clinic. Within 15 minutes of the drive time, Max had chewed through the lead thoroughly. The specialists were able to remove all the pieces of the ingested lead.

Max had precisely chopped them into 5 cm bite-size pieces before ingesting them. According to the Vet Clinic staff, they had seen many unusual cases, but a chewed dog through its lead was the first time.

According to the vet, Max was saved because he had been bought in immediately after ingesting the lead. If they had delayed it, he would have had massive Intestination obstruction, which could have been life-threatening.

Since the news broke through the internet, people could not stop laughing at Max’s adorable and foolish nature. Many have posted prayers and positive messages for the Hillman family and their dog Max.