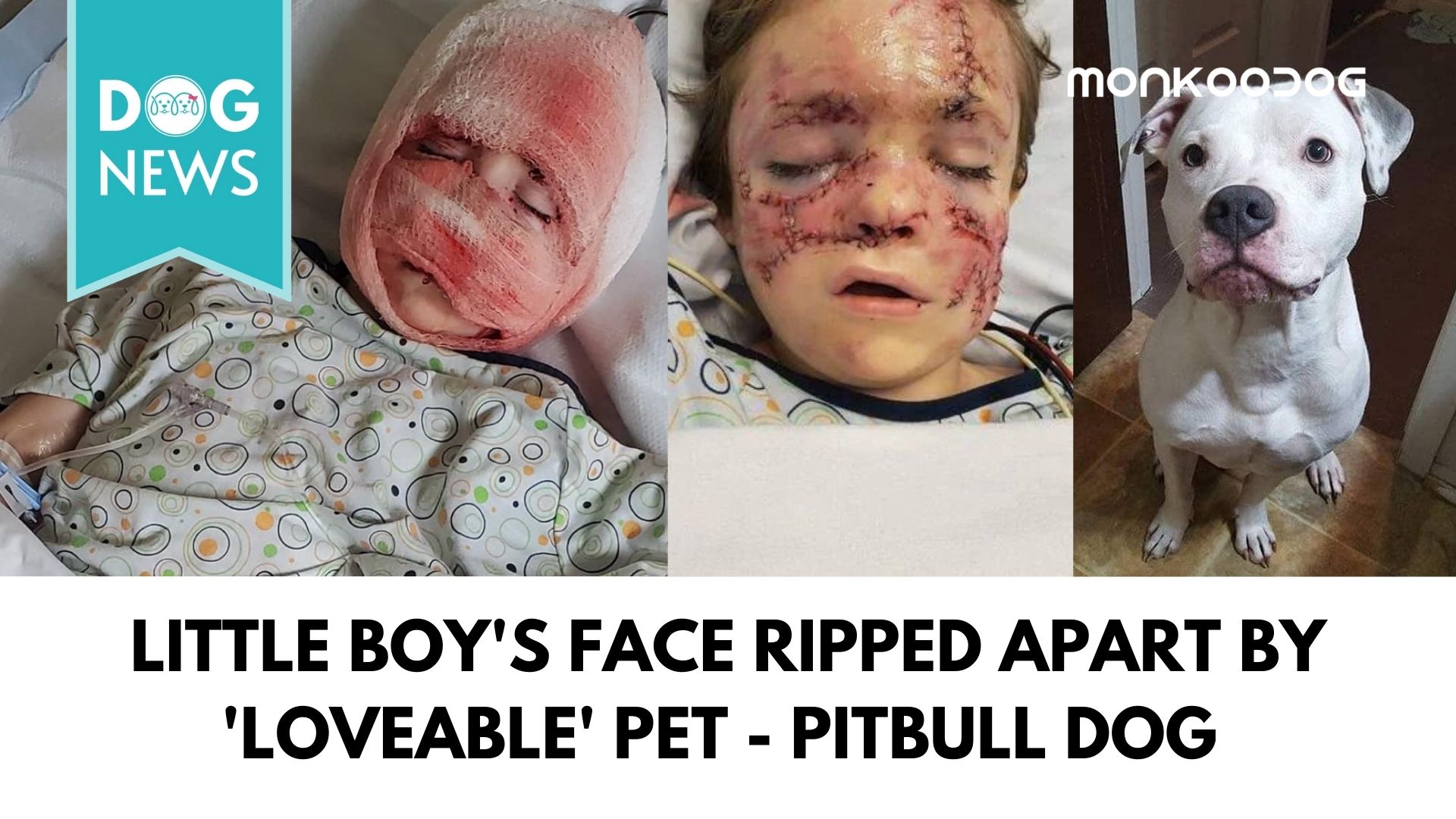 Camden Bozell, a six-year-old boy, was attacked by his family pet Pitbull, who mauled his face leaving the boy permanently scarred. The attack took place in the boy’s home in Michigan, in April, when the young boy’s mother, Tristin, 29 was away at work. Their 5-year-old Pitbull, Chaos had suddenly attacked the boy when he got up to reach a snack. The dog had to be pulled off Camden by a family member who was alerted by his screams from the bathroom.

Tristin says that she had never seen their dog, Chaos display any prior signs of aggression. She said that there was no way of knowing for sure why the dog launched such a savage attack on a boy.

As a result of this assault, Camden sustained life-changing injuries. The schoolboy underwent a facial reconstruction surgery but has been left with permanent scarring from the savage assault.

Tristin said that the dog had been around kids all his life and she couldn’t believe he did such damage to her son.

Paramedics have claimed that it was the worst thing that they had ever witnessed. Mother of two, Tristin is now warning other guardians to not leave their pet dogs unsupervised with their children. However, she also says that she never witnessed Chaos display any prior signs of aggression.

Camden’s mother also reported that she feared the worst when she got to the hospital. She said that they wouldn’t let her see Camden at first but later a nurse came out and said that her son was finally breathing on his own. This shocked her as she wasn’t still aware of the extent of Camden’s injuries. The doctors explained later that the attack was more serious than she was aware, adding that if the dog had been an inch or two closer to the boy’s throat, it would’ve been difficult to save him. Tristin reported that the dog was not even an inch from Camden’s eyes.

Camden’s facial reconstruction surgery lasted for 3 days but he will require more surgery to rebuild his nose later due to tissue loss.

The Michigan State Police ordered the dog to be put down. Meanwhile, Camden’s aunt, Becky Rose has started a GoFundMe page to raise funds for Camden’s medical bills.

Also See: Video Of A Dog On An Unrestrained Truck Bed Raises Concerns