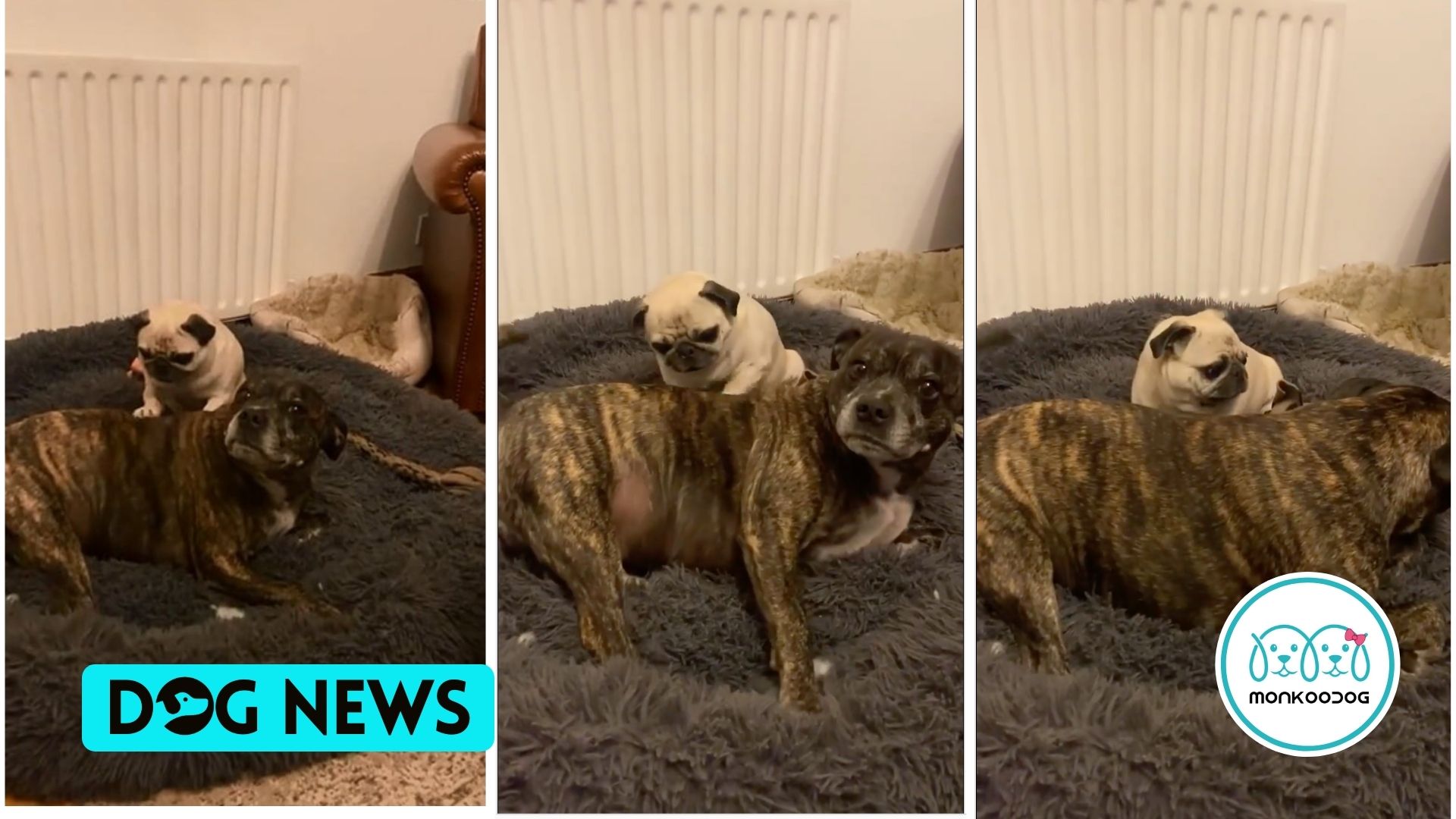 Everyone who lives around dogs knows how much a dog loves scratching either on the belly or on the ears or anywhere. It is difficult for canines to convey to their humans that they want humans to scratch them. What if dogs take up the job for each other’s happiness?

In this video, a small pug, Mable, is trying to take care of her sibling, big dog Brian. Mable is scratching Brian so that she gets some attention from Brian. Brian is enjoying it and being a little ignorant towards Mable so that he gets more scratching.

Humans love attention and so do most of the things that breathe in this world. Canines also love to have each other’s and their humans’ attention. Just like human children striving for their older sibling’s attention, Mable wants Brian to consider her.

According to Mable and Brian’s human mother, Joanna, Mable is seen doing the same frequently to get Brian’s attention. Mable scratches Brian on the back and the belly so that Brian would play with her or show her some affection. Brian loves it.

Also Read:- Dog Fart Is So Bad That The Cat Pukes

Since then, the video has received numerous likes and hearts in the comments. People can’t control their heartwarming laughter after looking at canines being more human than humans themselves.

Also Read:- An Artist, Dog, Appeals For A Forever Home Through His Artwork.