Little Puppy Doggy-Paddling Even After Being Carried Over A Puddle 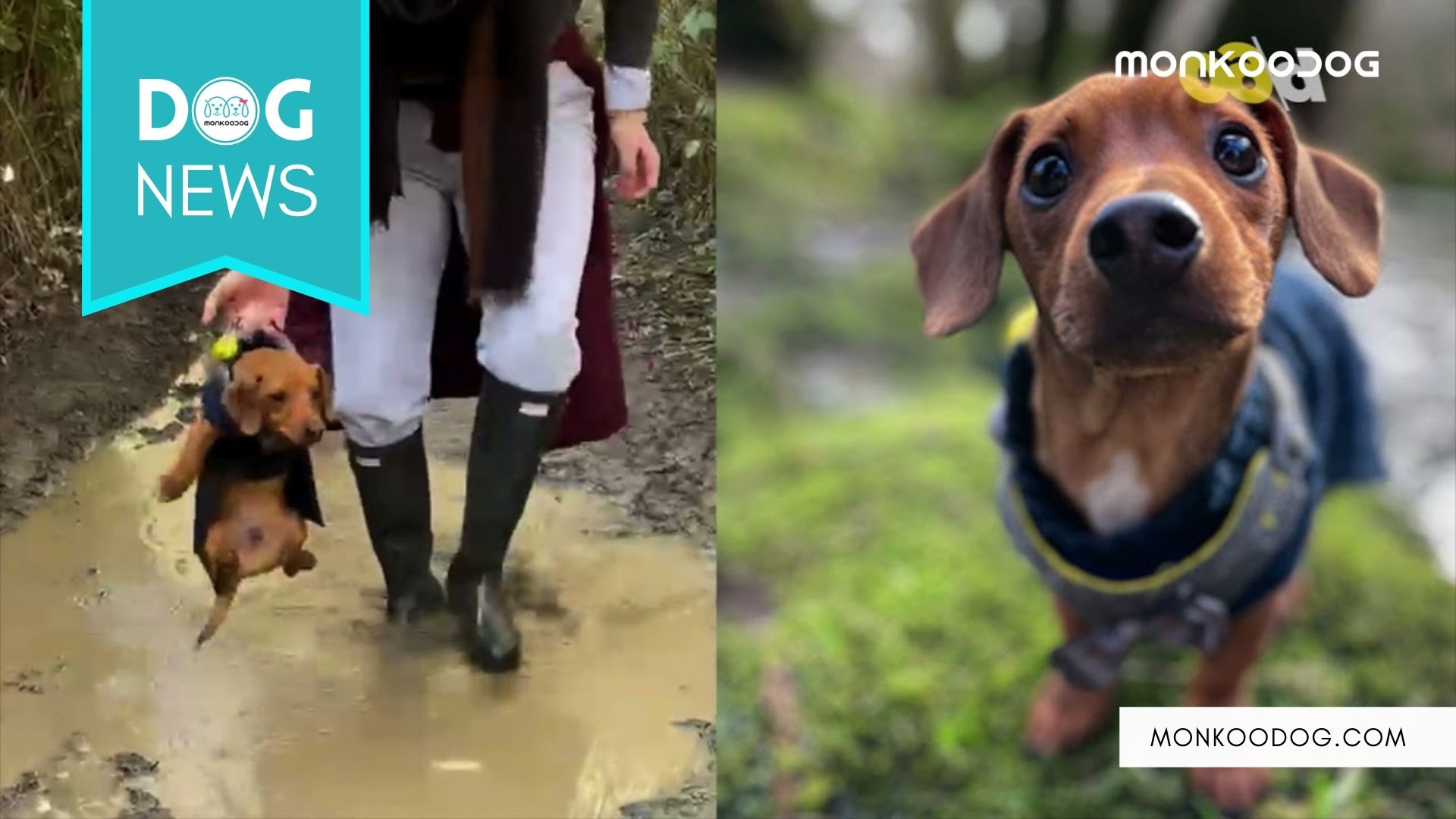 There are a lot of cute little things our dogs do that amuse us endlessly. Be it wagging their tails constantly or rolling around like the playful weirdos they are, these adorable doggie behaviors can cheer you up and make your day in an instant. Recently, a video on Youtube has been doing the rounds. This viral video features an adorable puppy being a brave little warrior even though he does not need to do so.

The viral video shows an adorable little puppy getting nervous when he encounters a puddle in the woods. The owners are seen stepping in at this point and carrying the little diva over the puddle. But that is not all – this cute little warrior is seen continuously doggy paddling in the air in spite of being through the air on top of the puddle.

Also See: Timid Little Golden Retriever Loses It After Seeing Darth Vader; Hides Behind Sofa Till Everything Is Alright

Little Ozzy, who is a goofy little mix between a Dachshund and a Jack Russell lives in the United Kingdom. His nervousness on seeing this mud puddle made his concerned human parents help him cross it by carrying the little guy. His commendable resilience made him doggy paddle his little legs as if he was crossing the mud puddle all by himself.

This amusing video has garnered thousands of views and likes on Youtube and other platforms. Viewers can feel their hearts melt on seeing this super cute goofball try to doggy paddle his way through a mud puddle even though his owners carried him through the air over the puddle.

Team Monkoodog is truly in awe of the little puppy’s resilience and bravery. That is what we like to call Puppy Power!

Also See: Dog’s Tongue Stuck In A Rubber Ball, Got Split Into Two; Nearly Before After Surgery