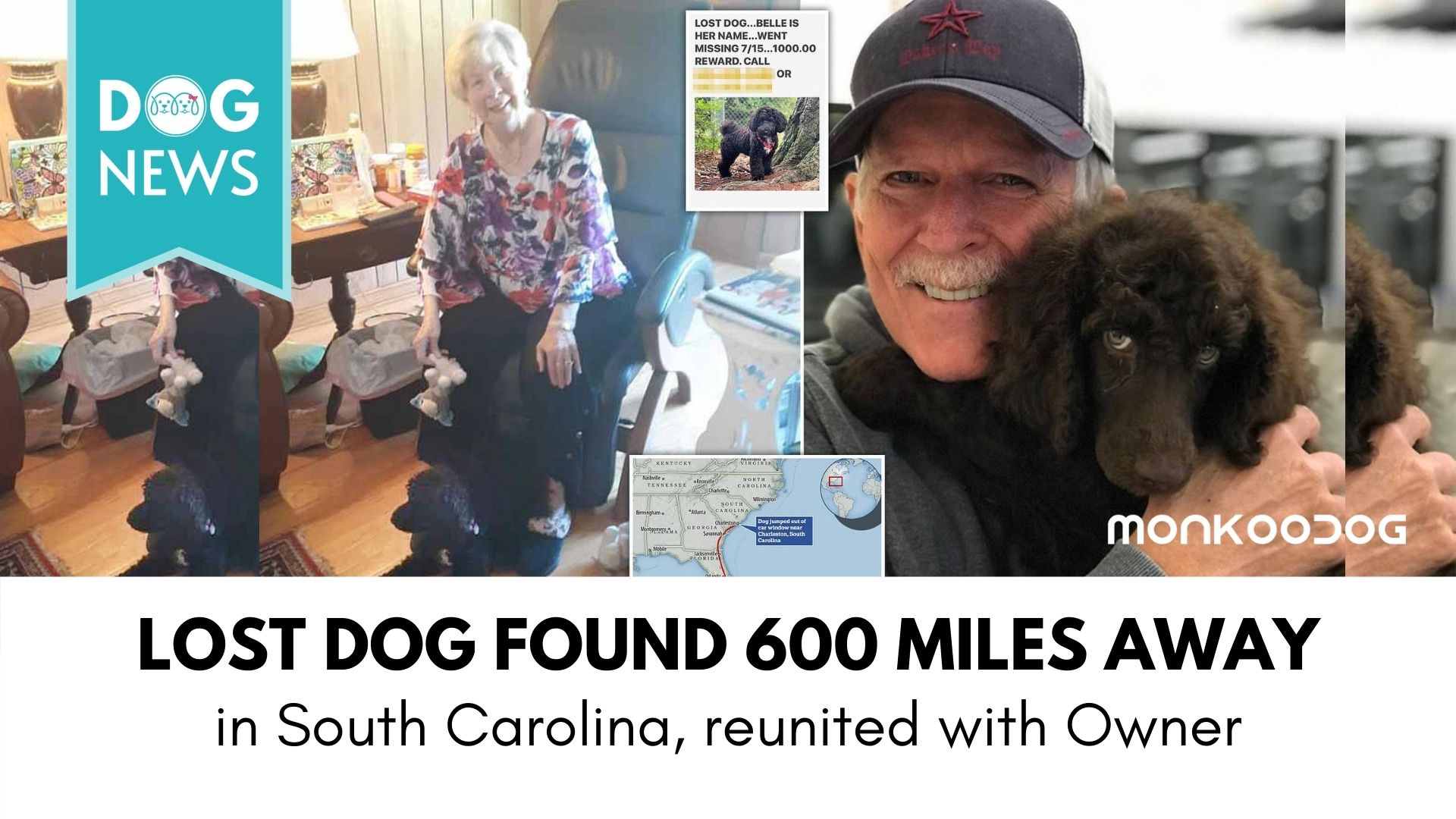 Every day our social media has numerous posts about lost dogs and other pets. However, in most of these cases, the final outcome is often a sad one. Lost pets seldom return home and most of the time they are stolen away or killed by ongoing traffics or other wild predators.

However, once in a while good news does arrive. On July 15th Tim Whitefield was driving through South Carolina highway when Belle, the pet dog owned by his mother, suddenly jumped out of the moving car.

Belle had a very special connection with Tim’s 90 yrs old mother. Bella was adopted by Tim for his mom after her dog of 16 yrs passed away very recently. On hearing the news from Tim, she urged people through social media along with her son, requesting passerby to look out for the small curly black haired poodle.

Highways are often a source of great enthusiasm for dogs traveling through cars. The excitement often leads them to jump out of the moving car, if they are able to get out of the leash. Many believe it is the sense of being able to run wildly on such open vast land, that excites them to do so.

After almost 2 weeks of repeated follow up on the social media post, finally, Tim and his mom had a piece of very unexpected and surprising news. Turns out that some genuine animal lover had picked up Belle and she was under their care.

What actually blew Mrs. Whitefield’s mind was the fact that her dog had managed to travel over 600 miles down south to Miami before being found by a passerby on the highway. Fearing that the dog would become a roadkill soon, the family decided to take it along and check if anyone had reported it missing.

Whitefields have repeatedly thanked the family who helped in finding Belle and keeping her safe. They had a very emotional reunion with Belle on the 28th of July and shared their heartwarming reunion experience through social media, thanking one and all who helped them find Belle.