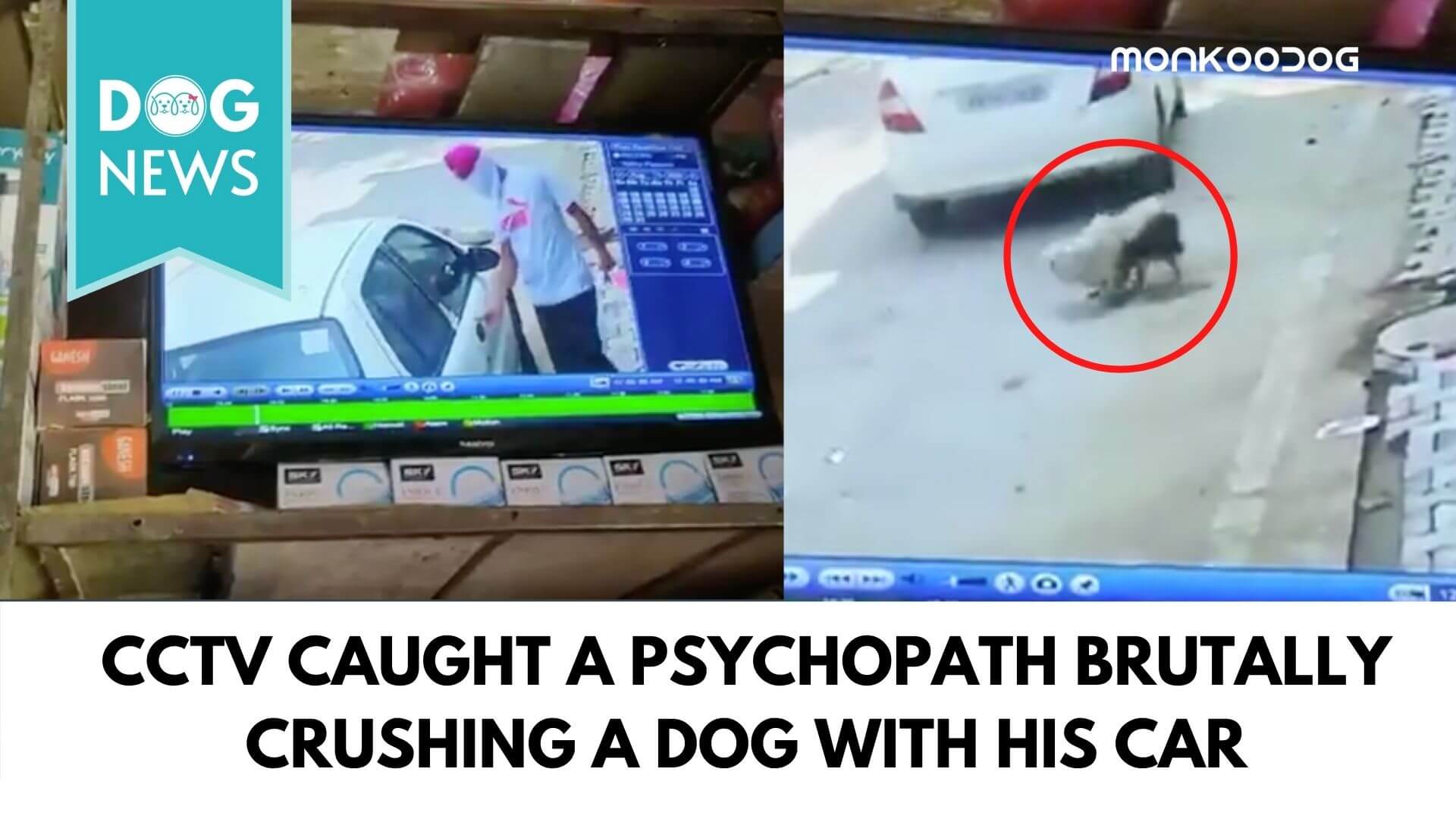 It has been rightly said that good and evil exist together within us, it is upon us to choose the right side. Animal cruelty has been rapidly increasing in India for quite some time now. Every other day there is yet again another story of how humans are becoming the real beasts of the modern world.

Each event seems to be more brutal than the previous one. With the ban of Tiktok, things were supposed to improve, but it was a futile attempt at best. Very disturbing footage has been leaked via social media that has the nation once again in uproar.

Accidentally caught on the CCTV footage of a departmental store, the story that unfolds is gut-wrenching and certainly not for the weak-hearted. A turban-wearing man whose face is hidden away with a cloth is seen getting off a car and dropping a dog on the streets.

However, rather than driving away after abandoning the animal, the psychotic man is seen driving right over the dog and injuring it very badly. Reportedly, the dog did not survive the ordeal and died half an hr later due to massive bleeding.

After the CCTV footage was shared on social media, Maneka Gandhi voiced her anger and requested for immediate action to be taken against the cruel person. As a member of parliament, Menaka Gandhi has always been known to fight for Animal rights. After personally investigating the matter, she also posted the details of the person in her post.

Based on her social media post, PFA filed a complaint against the assailant. Gurinder Singh of Dandupur Village has been identified as the assailant based on the driving license plate registration of the car.

What makes the matter much worse is that on further investigation by the Police, more hideous crime also came into limelight. Gurinder Singh is not only an illegal breeder and seller of dog but he also is a regular supplier of dogs to various Dog Fight matches. The condition of his breeding house is deplorable at its worse as per the video published.

What is more atrocious is that when Gurinder Singh got to know about the police FIR and the ongoing investigation, he decided to drown the dogs at the nearby lake during the late-night hours before being caught red-handed. PFA has been able to rescue the majority of the drowning dogs however one of them died on spot.

A massive nationwide plea has been requested to punish him severely. Police are conducting a thorough investigation and based on the findings and evidence, they are hopeful to give him the maximum possible penalty for his heinous crimes.