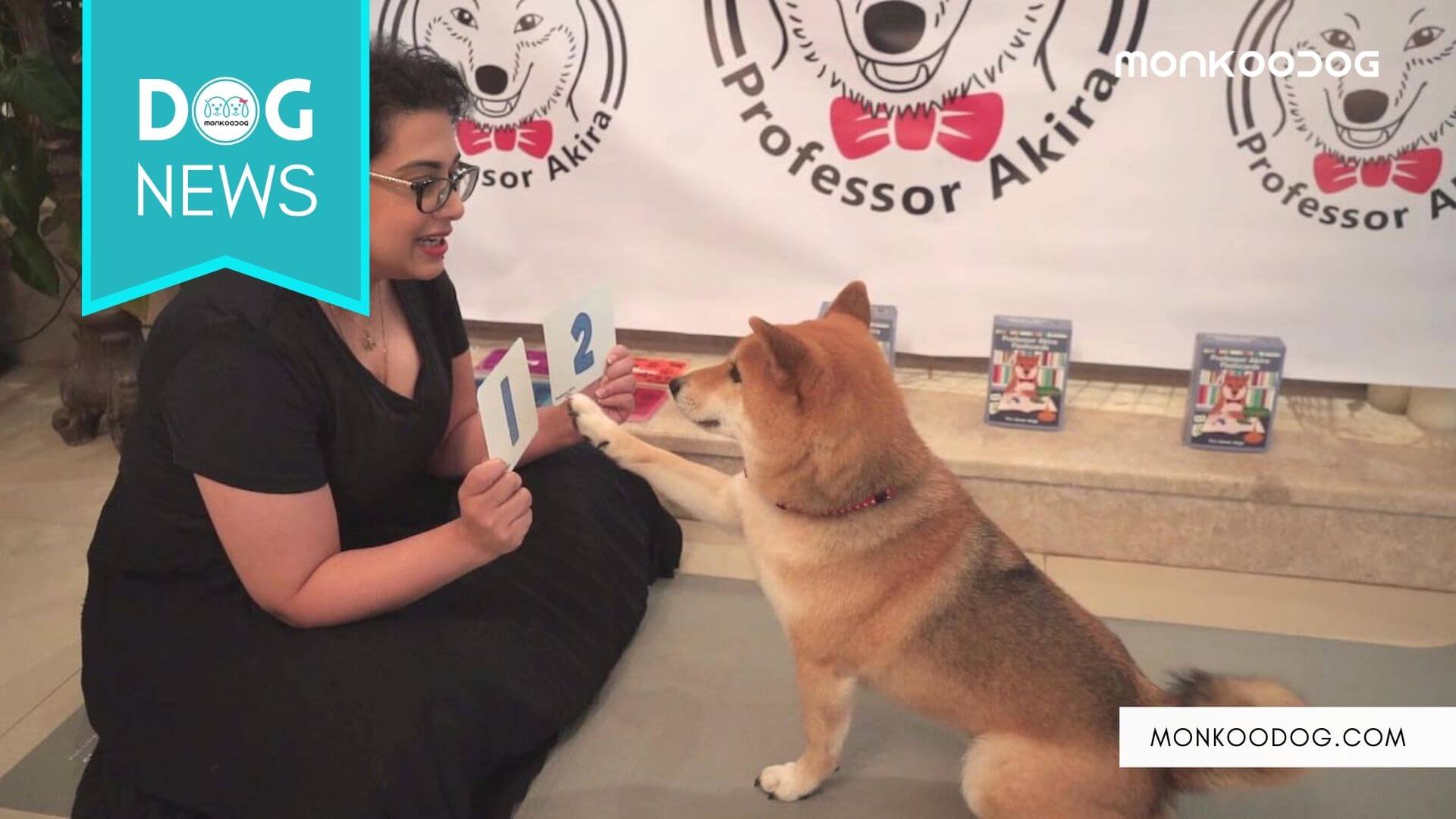 Professor Akira – the name should ring bells of admiration in your mind because this is a possibly genius Shiba-Inu whose mental faculties are simply through the roof. Akira can compute and calculate elementary math problems while also identifying colors and other stuff from flashcards prepared by his human mommy, Monica Elkhalifa.

This clever canine is both man’s best friend as well as his smartest friend because of his unbelievable calculation and identification skills. The Shiba-Inu, also known as Professor Akira has become a viral sensation all over the internet. The four-legged genius can tackle problems and sums that even toddlers have trouble grasping.

The YouTube video shows owner Monica Elkhalifa working with her pet buddy dedicatedly to get him to identify colors, images, as well as numbers by placing his paw on the right flashcards. Monica starts with a prompt that gets Akira to prepare for his lessons. She then continues by presenting two different flashcards each time and the super-smart furball paws the correct flashcard each time.

In one of the most convincing examples of Akira’s mental prowess, Monica begins by showing flashcards with a sum of two numbers, following which she asks Akira to calculate the sum of four and one. The jumpy pooch quickly put his paw on the flashcard marked 5, giving exemplary evidence of his unnatural intelligence. With each right answer, Monica praises her dog with comments like “Well done!” and “good boy” accompanied with a delicious chicken treat.

Moreover, Professor Akira can also count in two languages – English and Japanese. This video shows the famous canine calculator solving sums in two different languages – Japanese and English. In a candid interview, Monica says that she began to teach Akira how to count in Japanese because of her love for the country and because Akira was born there. Albeit, there were difficulties at the start of the bi-lingual mathematical training, Akira quickly overcame those and made quick progress, making her mommy and the rest of her family super proud!