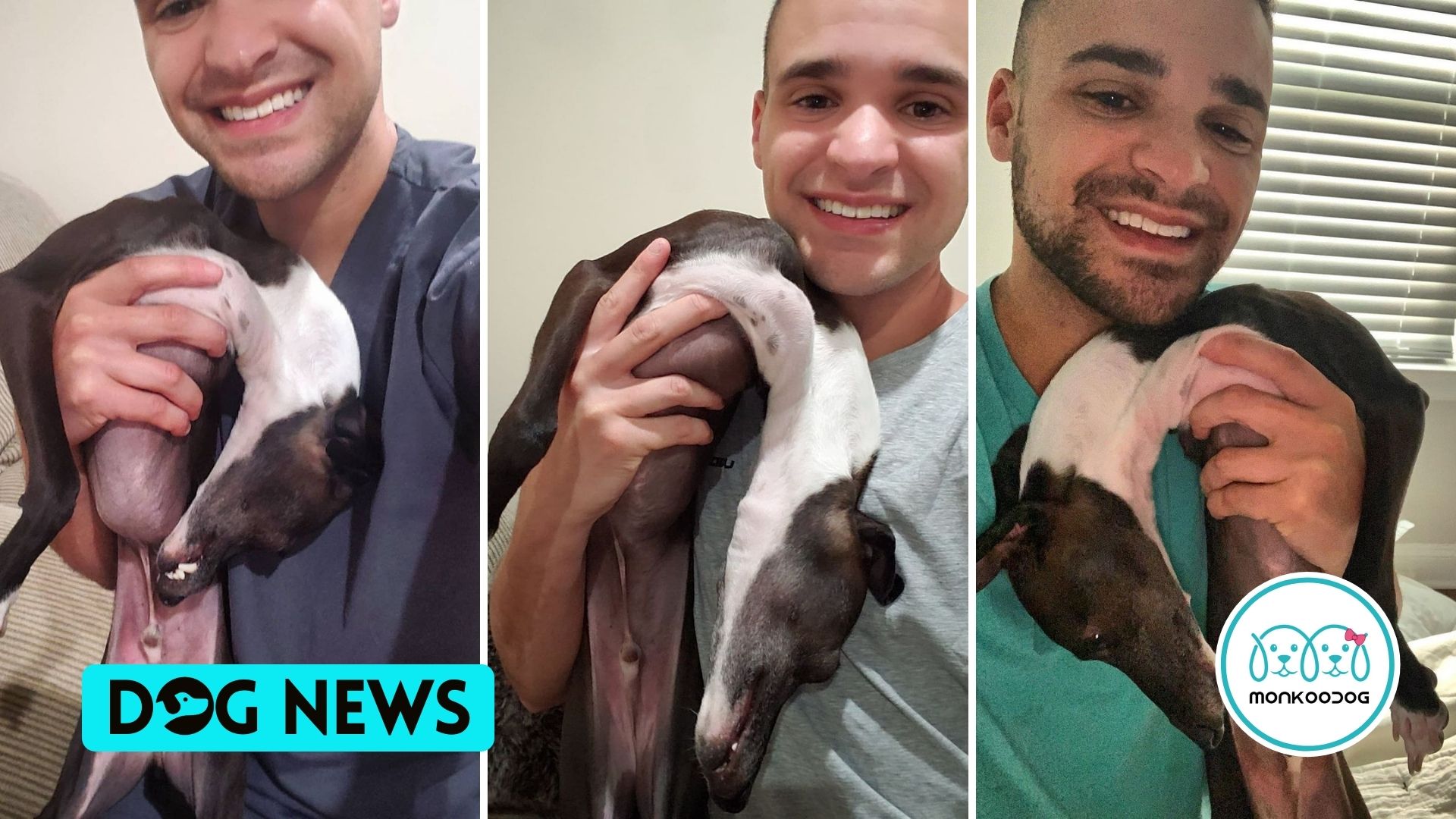 In times of selfies and picture-perfect captures, not everyone is a big fan of facing the lens. However, what really comes across as somewhat hilarious is the reaction of these camera-conscious organisms, shying away from the bestowing limelight. Well, ticking off all the traits on the list of camera-shy organisms is this adorable three-legged Italian greyhound Sparky. With the spotlight shining on him, sparky simply melts like a Jell-O, into the arms of his present owner, Kennedy Simmons.

Sparky isn’t a big fan of the spotlight and often seeks to avoid it as much as he can. To put it simply, the spotlight makes this adorable three-legged Italian greyhound simply melt.

And it isn’t that this adorable little boy is not photogenic, in fact, with mesmerizing eyes and that adorable smiling face, Sparky is simply irresistible. What’s more, the picture of this cute boy is enjoyed by thousands of people on a number of social media platforms.

Nevertheless, what Sparky really adores is FOOD. “Ready for breakfast and dinner at all times of the day” is a common tag line for Sparky on Instagram. But again, Sparky’s ardent love is just not limited to food. In fact, Sparky is an equal share of a goofball and an equal share of that naughty kid of the house.

This adorable greyhound is mischievously involved in snagging food off the table and grabbing socks off hampers, all while having absolute fun.

According to Kennedy Simmons, a veterinary assistant who adopted him, Sparky is everything one seeks in a forever companion. In Simmon’s precise words this three-legged Italian greyhound is a total charmer, he’s fun, fearless, and simply adorable.

But this was not always the case, Let’s backtrack a little bit into Sparky’s story. Sparky, while living with the previous owner, met with an accident that resulted in a broken leg followed by a serious surgery. However, the family was so traumatized and too scared to take the responsibility of deciding the right for their injured canine,  resolved on getting Sparky adopted. The family was basically looking for someone who can take the required care in the given circumstance without compromising the experiences of Sparky’s puppyhood.

Simmons, being a veterinary professional, deemed himself the right candidate and stopped in to take on the responsibility of this delightful pooch. Following his adoption Sparky went under a second surgery, however, the wounds never healed properly and his leg was amputated.

Sparky is very affectionate towards his family and as of now, is living with two other siblings Phil and Weezy.

PrevPreviousDognappers face lengthy prison terms under laws to Protect Dogs, after incidents almost TRIPLE during Covid lockdown
NextTerrified Dog Strung up in the Elevator Door by its leash. Watch the Horrifying video.Next