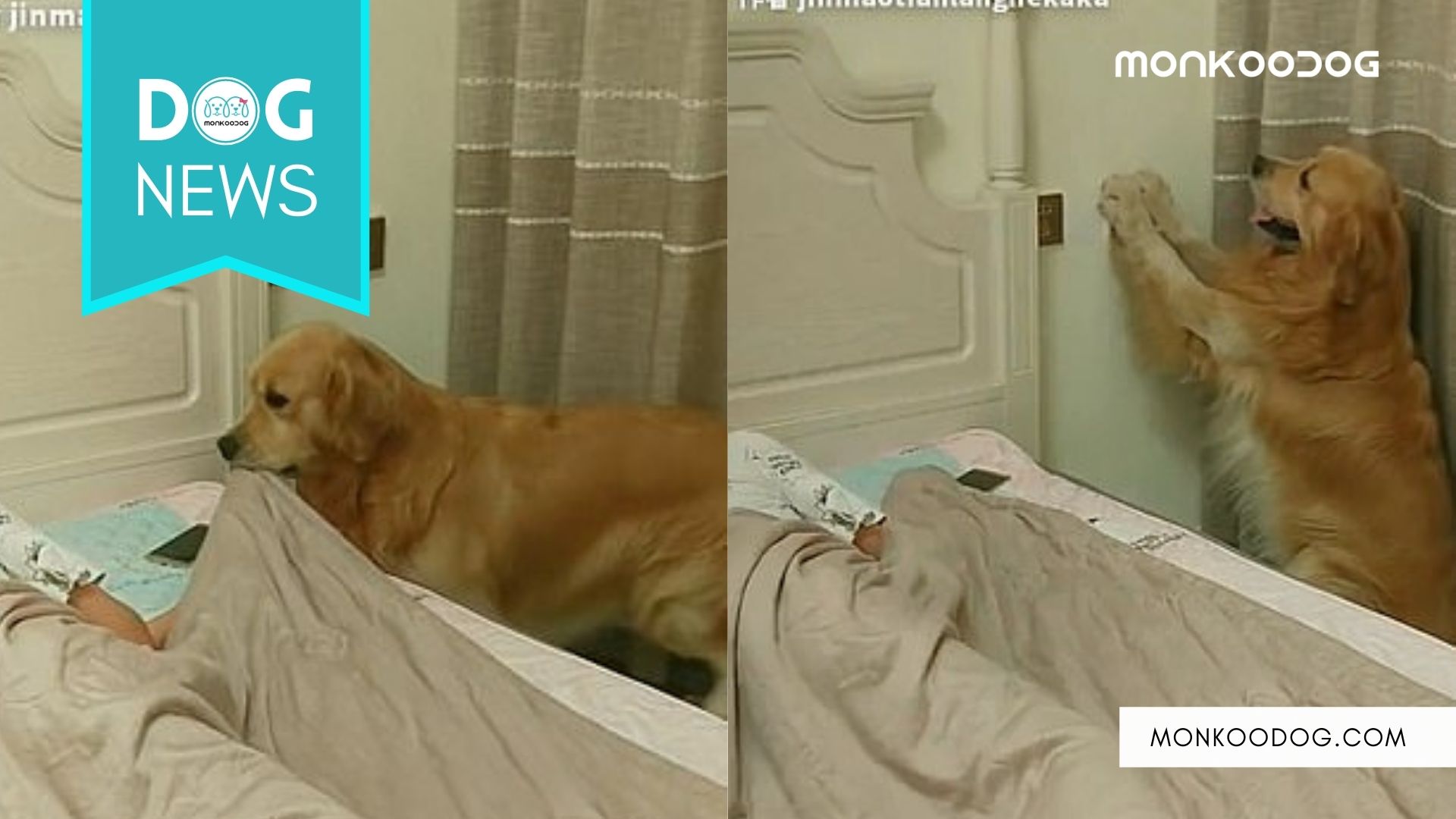 A smart golden retriever shot to fame after he was caught looking after his owner who had fallen asleep while playing with her tablet. In the trendy video, Tianlang, a five-year-old male dog from eastern China, is seen pushing the handset away from his tired handler. Then the pet pulled a blanket over the lady, got up on her hind legs to turn the light off, and put his chin on the bed to go with her.

The clip has racked up more than two million likes and 65,000 comments since it was posted on Chinese social media. The dog owner said she purchased Tianlang as a puppy in 2014. The dog’s name means ‘the sky wolf’ in Chinese.

The woman who wanted to remain anonymous described Tianlang as gentle, outgoing, loving, and human-like. She told MailOnline that she and her partner were beginning to train Tianlang when the pet was just two months old.

However, this is not the first time that golden retrievers have made headlines for their caring acts. Just 2 weeks back another pup came under the limelight after his paw patrol video went viral on the internet. The wonderful video showed a puppy waits patiently for the children of his owner to board their school bus safely every morning.

Owner Melissa Nixon, 33, from Amherst, New York, caught Bentley, a four-month-old pawdorable pup waiting patiently on her driveway as her children boarded the school bus. The mother-of-five said that the golden retriever takes his job to walk the kids on the school bus ‘very seriously’ every morning, despite being an ‘energetic’ puppy.

Also See: Capone Gets New After Spending 1,134 Days In Shelter On This Christmas