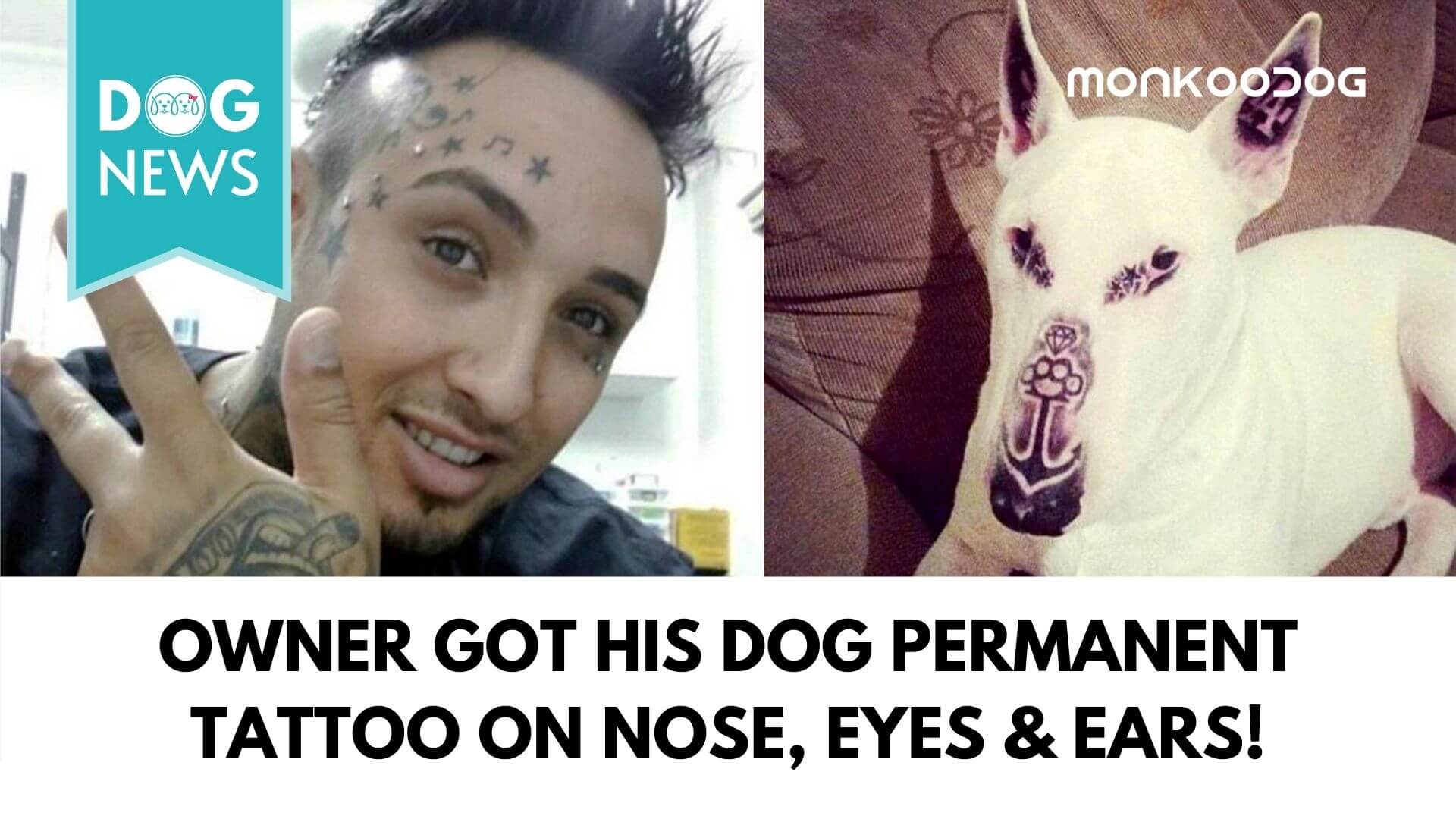 We all love our furry companion. Their short life span of a decade and a half at maximum makes it more important for us to give them a happy and joyous life. For some pet lovers, their cuddle buddy is so important that they even get themselves permanently inked in dedication to their pet.

From inking their pet’s names to getting their image exactly replicated on the skin, pet dedicated tattoos are among the most common choices worldwide. However some extremely misguided “pet lovers” have taken it further and created a different and wrong interpretation of tattooing.

A man named Emerson Damaceno posted a photo of his white Bull terrier online which had garnered a lot of attention before being deleted. What made the photos worth being concerned about, is the fact that the dog had tattoos!

An overall of 5 tattoos was clearly visible on the face and upper body of the dog. A resident of Pocos De Caldas, Brazil, 32 yrs old Emerson is a Tattoo artist with his own studio. Interestingly enough the photograph received social media attention after a Brazilian Lawyer and animal lover named Fernanda Soares raised concern about it via his social media handle.

In his own defense, Emerson and his girlfriend stated that they got tattoos done on their 4 yrs old Terrier because tattoos have been known to prevent cancer. However, most veterinary experts have debunked the statement thus causing a tremendous backlash.

Interestingly enough, a North Carolina based tattoo artist by the name Ernesto Rodrigues was also under tremendous criticism sometimes back for tattooing both his dog’s belly. However, his reasoning was that he had done it for the sake of identification and safety of his dogs.

Animal Rights organizations like PETA, VOSD, The Humane Society,  and many more have been very vocal about it and have been repeatedly condemning such acts. Numerous reports of animal tattooing have been reported over the last few yrs and it seems to be increasing.

New York had passed a law in 2016 making it illegal to tattoo pet animals, considering the fact that tattooing on animals is inhumane and painful at the same time. However, as it is not considered under any animal law or act in many other countries of the world, episodes of such stupidity do happen more than one can even estimate.