Pet Shelter Rescues and Reunites Family With Lost Dog After 3 yrs of Waiting. 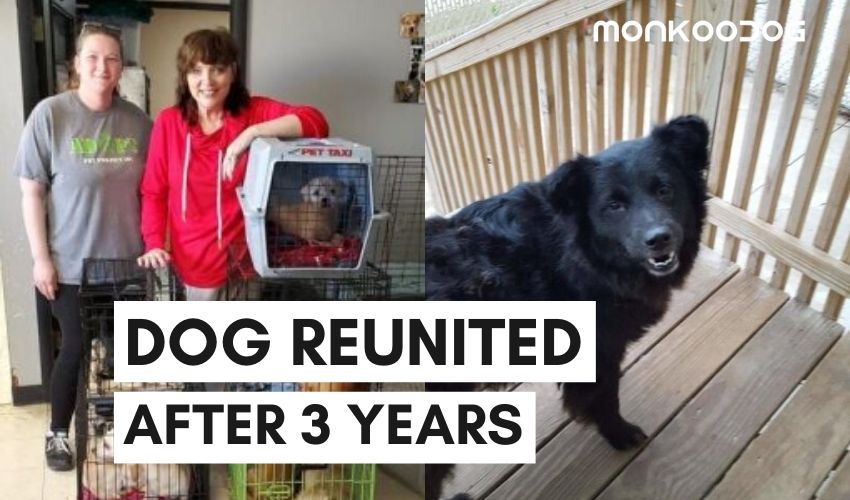 How many times have you heard of dogs being lost or stolen to never be found again? Too many such incidences keep occurring all around the world and there is nothing we can do to help other than make an official report and wait for some news to arrive.

In a strange turn of events, a family was finally able to reunite with their lost pet due to a selfless effort of a rescue shelter in La Salle County of the state of Texas. Chris Tomsa and his sister Sue Jacobson rescued 49 dogs from a home in the rural La Salle county area.

All the dogs weighing between 5 to 15 pounds were in a state of extreme malnourishment and mental issues. In fact, the environment of the place the dogs were kept in, was unhealthy and unhygienic at the most. CBS has reported the matter officially in their news. You can check it out here.

The dogs mostly looked feral and had extreme erratic behavior. Including signs of extreme distress and fear, they also had a tendency towards erratic and anti-social mannerism. Negligence and the motto of survival of the fittest seemed to be the primary reasons for such a wide range of disturbing mental conditions in all of the dogs.

However there was one dog that seemed to be happily roaming about with Sue and Chris and showed no signs of aggression. There was distinctive behavior of socializing and human bonding at certain points of time that was clear and visible in him.

On returning to the shelter, they found that the dog was evidently microchipped and reported missing 3 yrs back. When the owners were contacted, they immediately reached out to get the dog back.

Turns out 4 and a half yrs old Mira was a mixed breed and the owners were still waiting for some news about her. Though they did not want to be named, the family agreed to be photographed in mask along with the lovely and happy Mira.

Since then all the dogs have been rehomed to various adoption centers and foster cares for further care and nurturing. Chris is hopeful that all the remaining dogs will also go to their own forever home in a few months’ time.