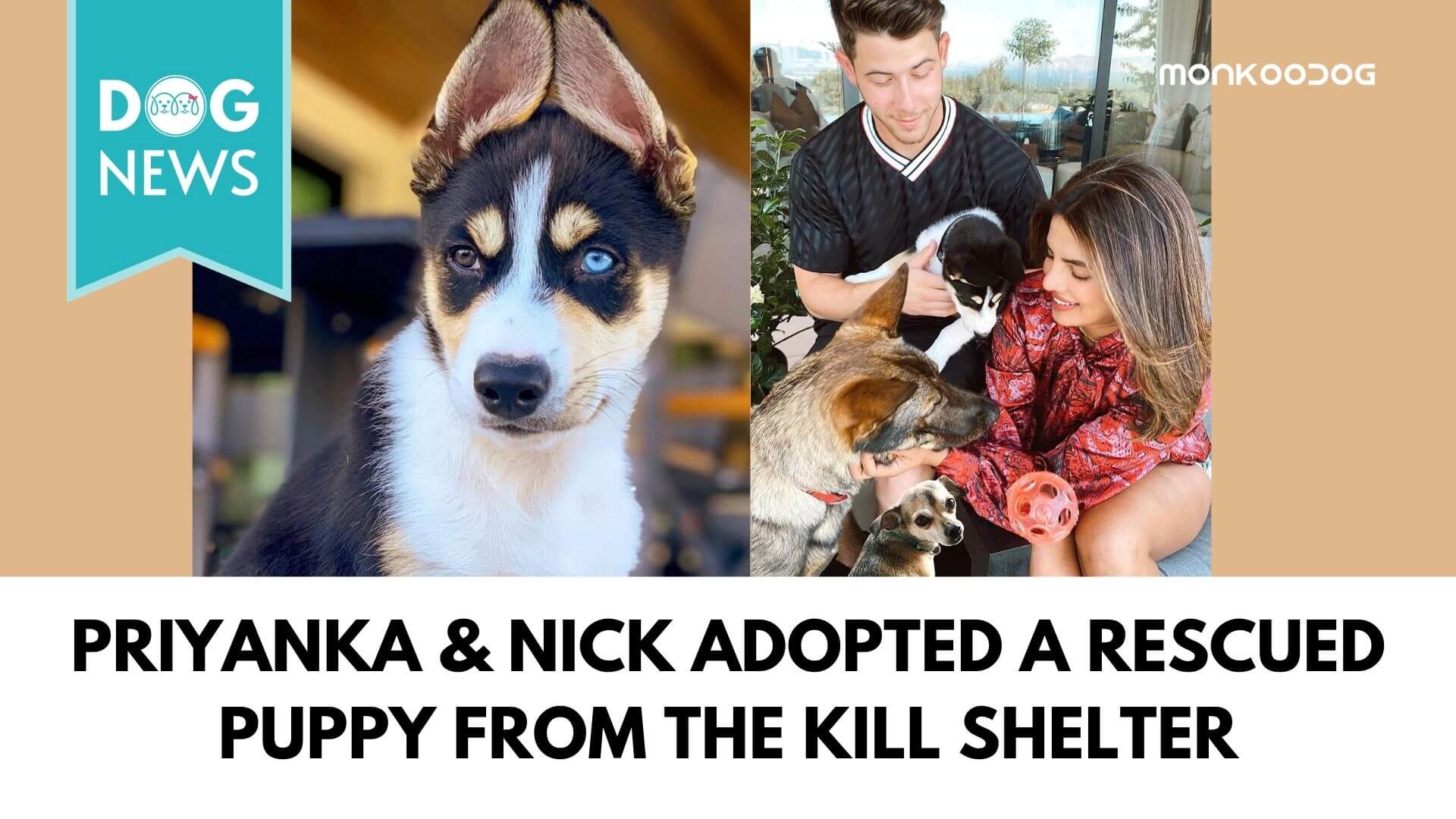 Hollywood celeb Priyanka Chopra Jonas and her singer beau Nick Jonas recently adopted a rescue puppy amidst the ongoing Covid19 caused pandemic thus making them yet one more celebrity couple who are trying to help provide homes to numerous rescues.

Global pandemic has caused numerous problems worldwide. One of the major problems has been in relation to rescued animals in shelter homes. Lack of flow in funding, temporary closure of adoption procedures, and the increasing number of abandoned pets had become a major problem for most shelters and NGOs. Due to the fear of the spread of covid19 from animals, many cats and dogs were already being dumped, abandoned, or killed.

This was when fostering and temporary adoptions campaigns were initiated to help these innocent animals. Numerous celebrities worldwide adopted or began fostering these rescues amidst the lockdown.

Priyanka and her husband Nick have always been known for their love for dogs. Their pooch Diana is a social media starlet herself with millions of followers. Their other dog Dino, the German Shepherd is no less too.

Adding to the family, Nick and Priyanka decided to bring home yet another rescue, Panda. The months-old pup is believed to be an Australian Shepherd mix and was rescued from a kill shelter. Priyanka posted a picture of Dino with Panda alongside Nick and herself in her social media handle.

As Diana was not present nearby, she even added a cute photoshopped Diana into the mix. The lovely picture of the family of 5 has garnered worldwide appreciation and lots of positive feedback given the fact that they decided to adopt rather than purchase.

When asked about how she is doing amidst the lockdown and Corona virus infection worldwide, Priyanka said that she is grateful for having her family nearby as they are helping her cope with the situation far better than the people all around the world.