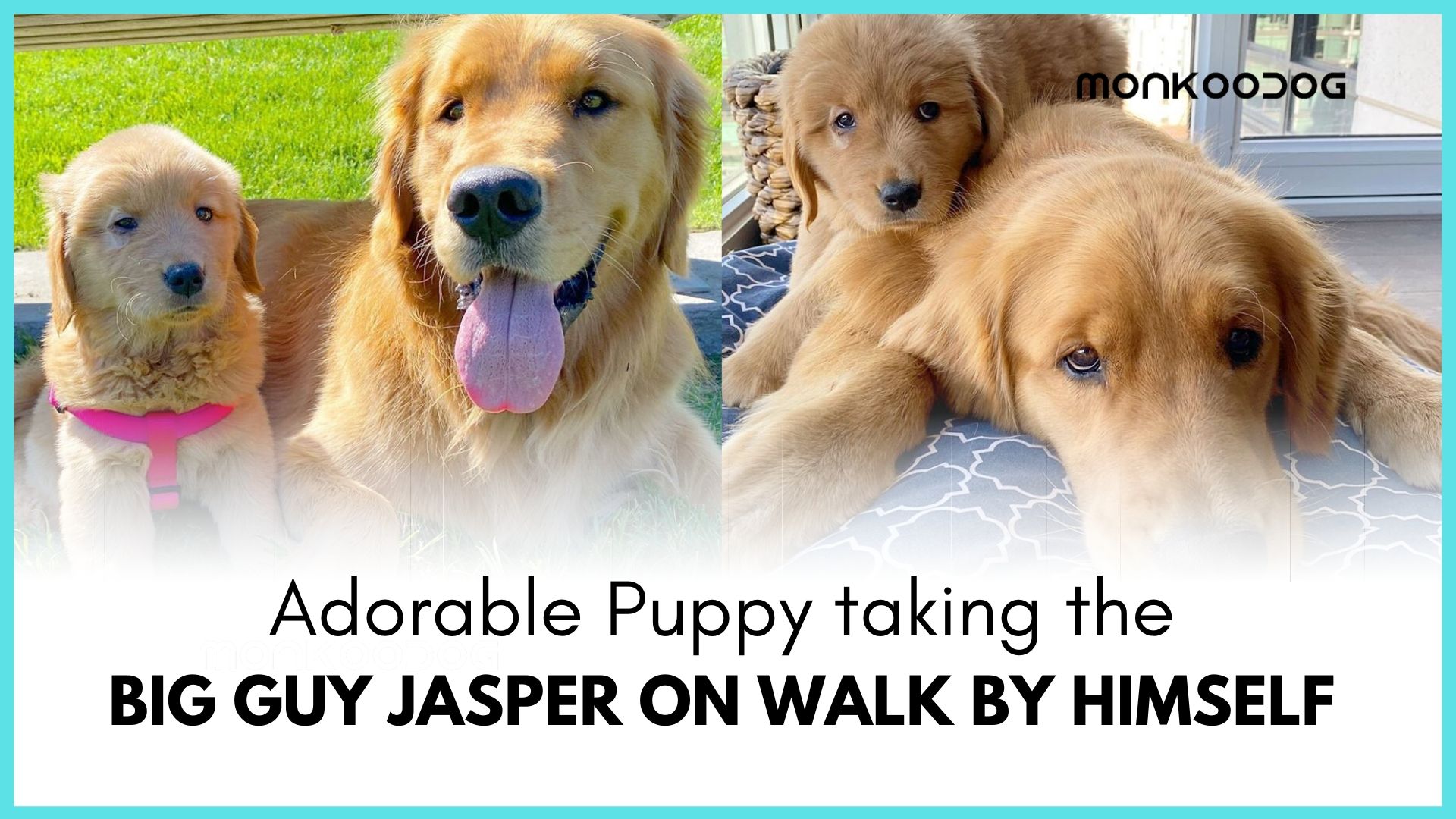 2020 has been a revelation of one dark time after the other. From the Corona Pandemic to Superclone in the Indian Ocean followed by the massive global upheaval of Black Lives matter to Every lives matter, it has been a dark and gloomy time.

Amidst all these tales of sadness, even a small light of happiness is a joy unlike any other. Dogs have often been a part of many joyous and memorable times. This time around 1 simple yet extremely beautiful video has made millions of people smile and laugh.

Louise is an adorable and dorky puppy just a few weeks old and he already has created a fanbase for himself within hours of an accidental video being published. His contender for the trophy of “the most adorable golden retriever” is his partner in the entire video, Jasper.

The video shows Jasper walking, albeit casually, and on the leash. There is nothing odd up until then. However, what makes the video hilariously fun is that a small and beautiful golden retriever puppy is the one holding the leash and taking Jasper along for the walk.

However, Louise is unaware of how comical the scene looks and simply kept strolling through the path with the leash held in its mouth while Jasper slowly follows along. In fact, it looks as though the barely 4 pounds pup, Louise has no idea that he is taking a massive 50 pounds or so adult Golden retriever along on the walk rather than the opposite.

The video was posted in Jasper’s social media handle @jasperthegoldenboy with the title, “Who needs pawrent when you have got Louise to walk you?” The video has garnered over 10 thousand views as of now.