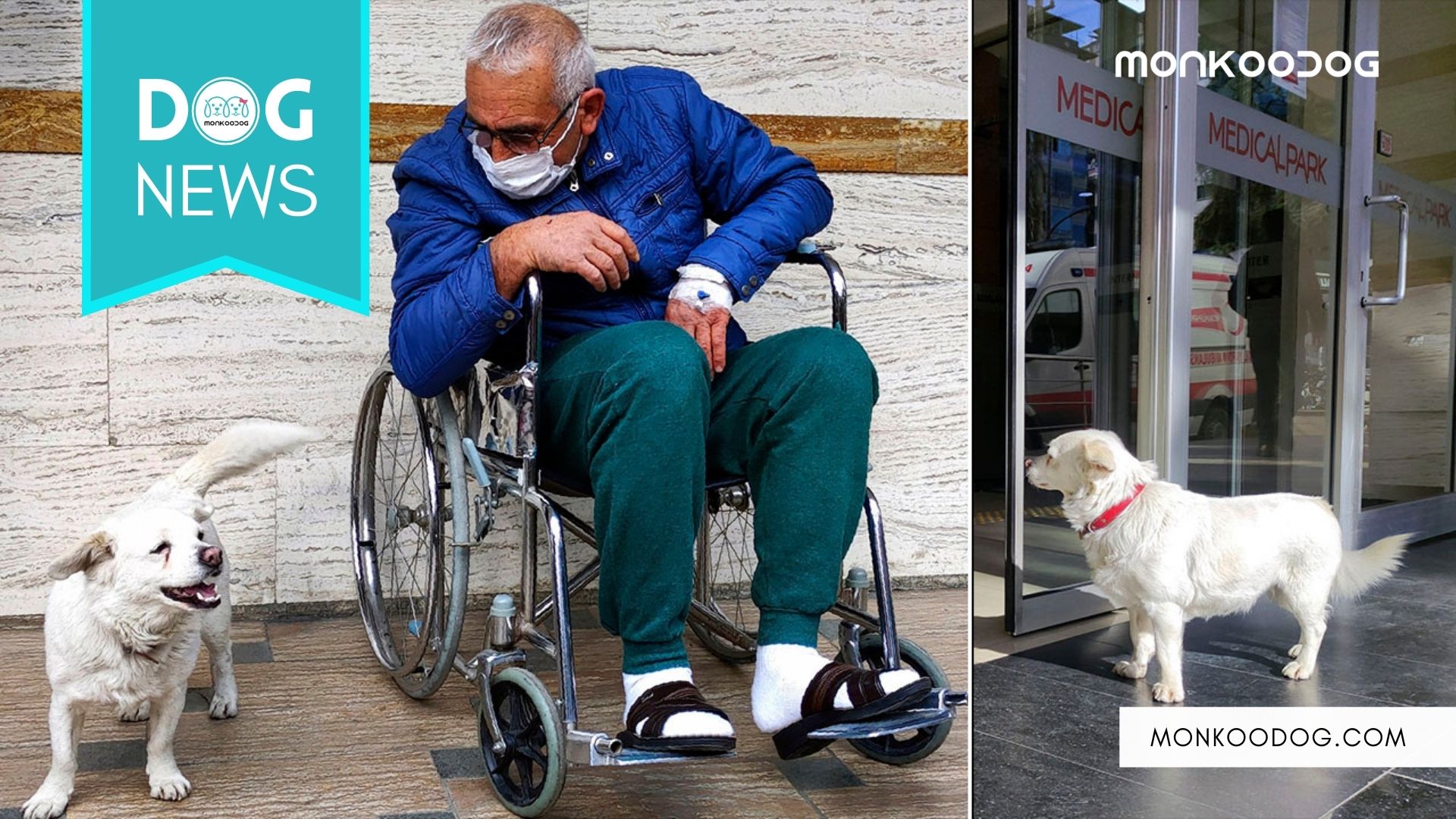 Home » Boncuk, The Small Dog Waits For Its Sick Owner Outside The Hospital For 6 Days

Boncuk, The Small Dog Waits For Its Sick Owner Outside The Hospital For 6 Days

Tales of loyalty and love between humans and dogs have been a part of civilization from ancient times. Innumerable records have shown how the transition of this relationship between man and dog has only gotten stronger through every phase of evolution.

Stories of inhuman treatments of dogs, abandonment, and increasing strays may seem very disturbing but on the other side, there are also innumerable stories of effort to rehome strays, neutering and vaccinations, and even benevolent charity work to ensure they are well treated and cared for.

While the world was still reeling from the atrocious act of a man from Aberdeen, Scotland who was bitten by his pet dog as he was physically abusing his pregnant girlfriend, a new story of love and hope has gone viral.

Boncuk, a white Spitz Spaniel has been receiving worldwide attention since an accidental video of the dog waiting patiently outside a hospital in Trabzon went viral. A 65 years old Turkish man named Cemal Senturk was rushed to the hospital in an ambulance after he suddenly fell ill on January 14th.

Surprisingly enough unknown to anyone else, Mr. Senturk’s dog Boncuk followed the ambulance all the way to the hospital. However, what surprised all is the fact that Boncuk instead of barking and vying for everyone’s attention simply decided to wait outside the entryway to the hospital. Occasionally peeking in to check if Cemal was anywhere nearby Boncuk remained seated patiently on one side, without causing any disturbance.

Residents of Trabzon, a city by the Black Sea had never experienced something so emotional before. According to Cemal’s daughter Aynur Egeli, Boncuk ( Turkish for Bead) would run away back to the hospital from home each time she took him back.

She initially feared that something would happen to Boncuk or he would be picked up by Municipality as a stray but later on she found that Boncuk has been a well known face in the hospital complex since the very first day of appearing.

According to the hospital security guards, Boncuk would arrive without fail each day by 9 AM and would never leave until late into the night. Cemal was brought outside once in between his treatment as the hospital authority could not turn a blind eye to Boncuk’s patience and devotion to the old man.

Finally on the 21st of January Cemal was discharged from the hospital and there stood an extremely happy and thrilled Boncuk outside the doors to greet him with all the love and attention. According to the senior resident of Trabzon and Boncuk’s owner, the tiny white dog was extremely attached to the old man since the first day he was brought home from the shelter as a puppy. Boncuk’s entire world has always been Mr. Cemal, so it was obvious that his absence would affect Boncuk a lot.

This tale of love and gratitude comes exactly one year after the famous and viral news of a dog waiting for weeks together outside a Wuhan based hospital, unknown to it that the octogenarian had passed away due to Covid 19.

One thing that always seems to remain constant is the utter loyalty and love dogs have for humans or specifically one human they love and adore the most. While there is a very common and age-old proverb that says, “Books are man’s best friend”, it certainly needs to change into ‘Books and Dogs are a man’s best friend.”

Tales of Hachi, the Japanese Akita or Togo, the Norwegian sled Husky are just two immortal tales out of thousands of incidences of love and devotion dogs have for their owners. It is a proven fact that dogs love their humans until their last breath. These voiceless beings are more attuned to our feelings and well beings than we all can ever imagine.

Also see: Dog Has Learnt To Flip Her Head 180 Degrees