Rescued a poor Neglected dog from the streets losing hope to live. 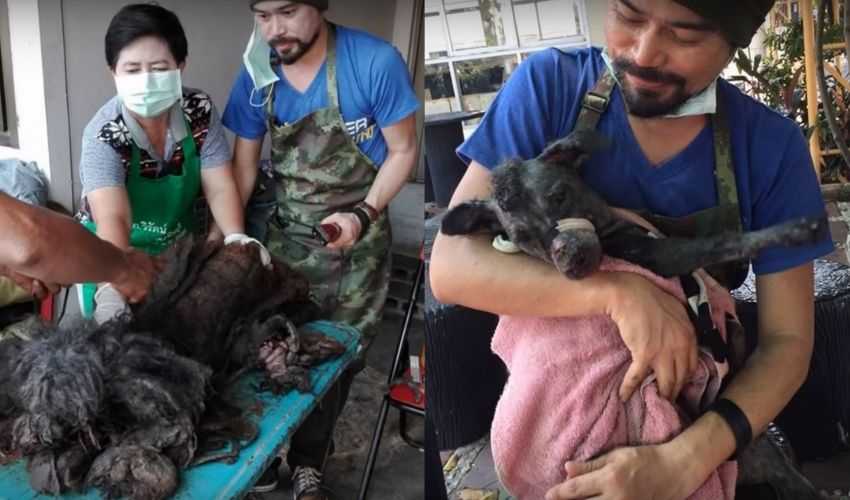 This is the story of a dog rescued from a long life of pain and suffering.
A poor dog was left alone – abandoned in the streets of Thailand. He was covered in his matted hair under which severe injuries were hiding.

He was on the edge of the ending of his life when the local rescue group found him in the streets of Sisaket, Thailand. Mr. Eddy, the rescue group told, ‘It was very difficult for anyone to guess the animal under such dense matted hair by just looking at him.’ Fortunately, the dog – Mu Mu was so lucky that the rescue group couldn’t neglect him anymore and took him right away to their rescue station to save him from dying.

Mu Mu was in such a horrible condition. His hair has made him prisoner. The hair was so densely matted and tangled that he was barely able to move under them. It was difficult to tell by just seeing if he’s suffering from any serious injury or health issues. So, they decided to wear off all the matted hair from his body.

They first started to cut through scissors but fails. Then with the help of their grooming expertise, they trim down all the tangled hair very carefully without cutting his skin. 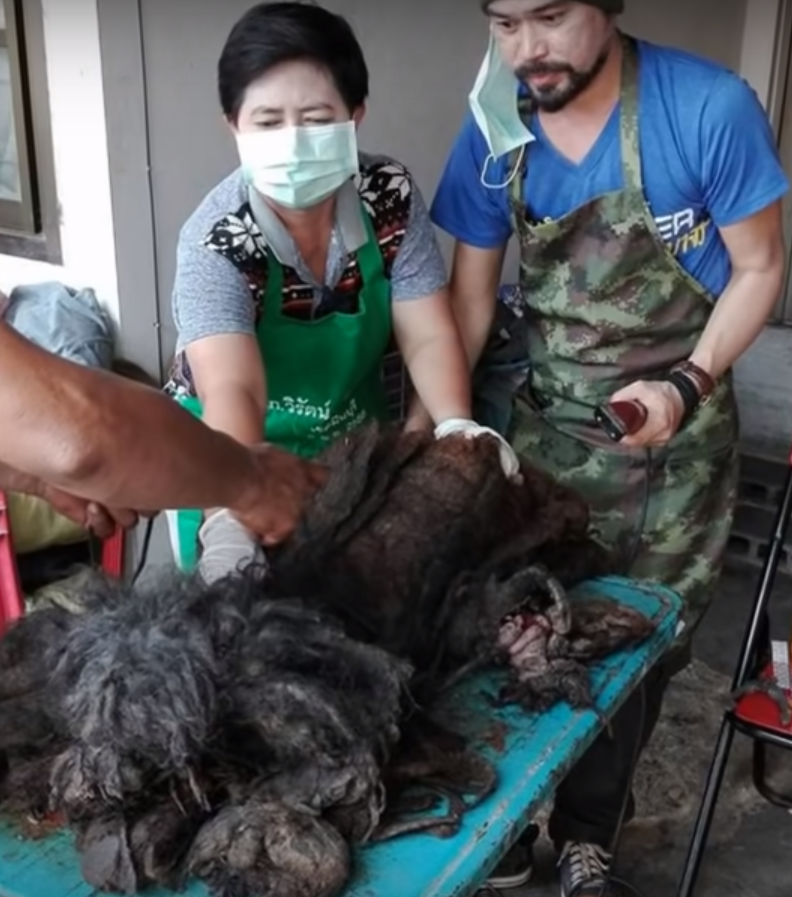 Mu Mu tried to defend himself many times throughout the process as he might have forgotten the touch of humans. Mu Mu’s defense and thick matted hair made it difficult to trim, so they drugged him to make the process easier.

After the trimming process got completed, the matted hair was weighed around 7lbs.
The whole team felt relieved when discovered that Mu Mu is not having any health issues or serious injuries. He has only skin allergies with cuts, bruises and splits all over his body with an inflamed leg. Luckily, no ticks or fleas were found. 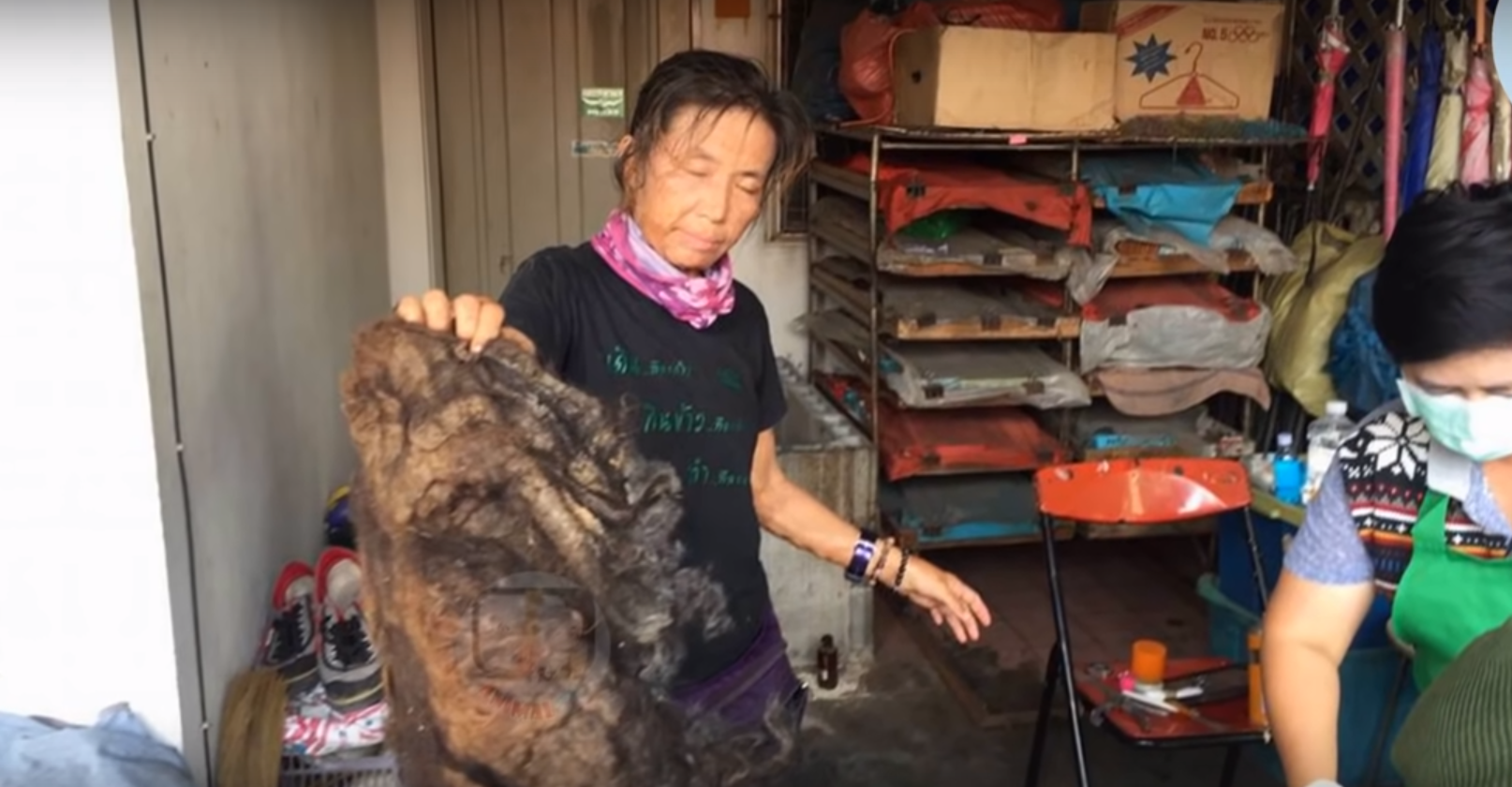 After clipping the nails, MuMu enjoyed that cold bath to wash out all the dirt from the streets. He stayed calm during bathing, looked like he kind of started trusting the rescuers.

Mr. Eddy told, ‘He will be sending back to Sisaket province with someone who will adopt him and will take care of him for the rest of his life.’ 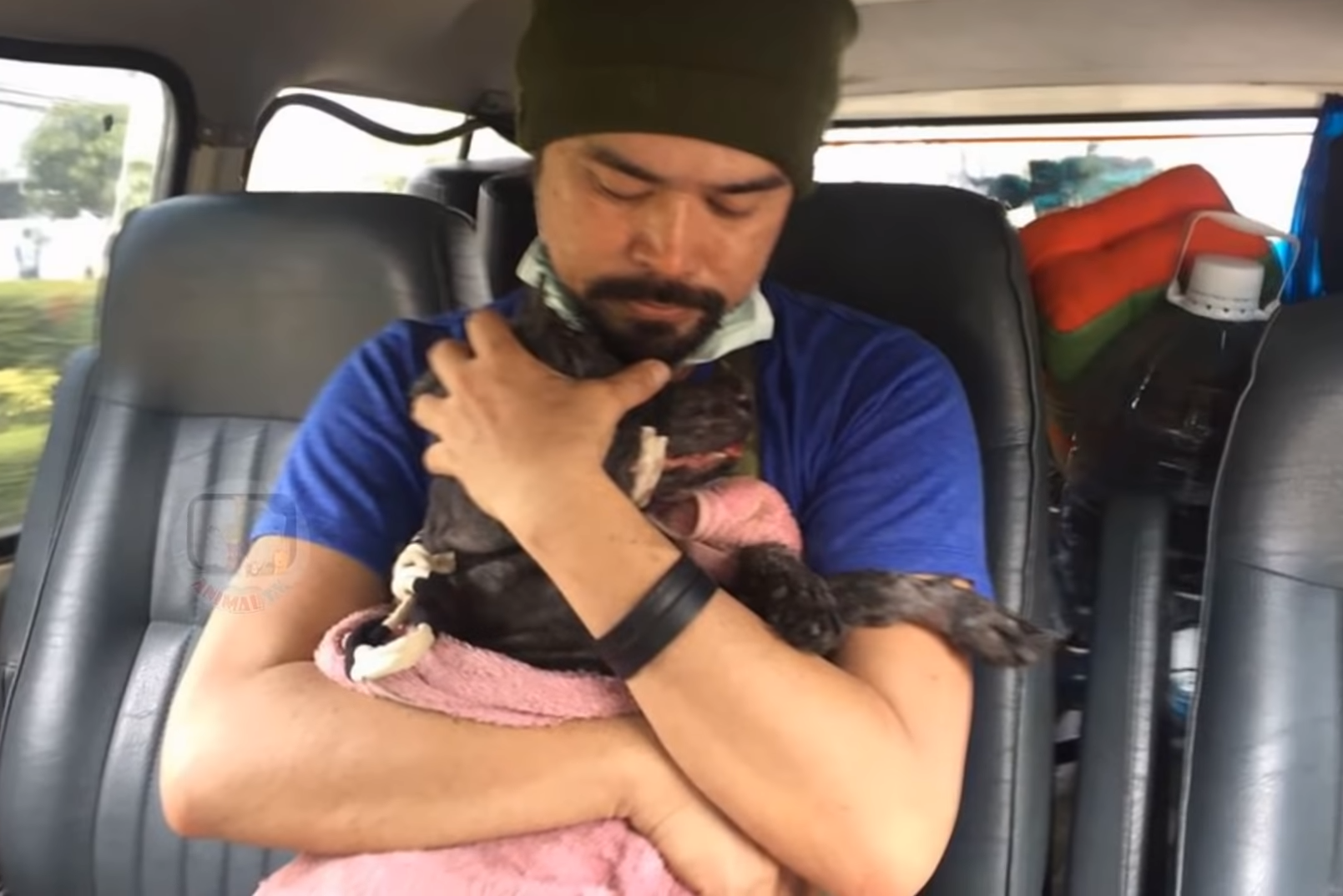 Mr. Eddy is a local rescue group in Sisaket, who rescues the needy one all around Thailand. You can volunteer, help or support any Rescue or Shelter group to rescue more puppy or dogs in need by just contributing your part.

Remember everyone deserves a second chance to live.