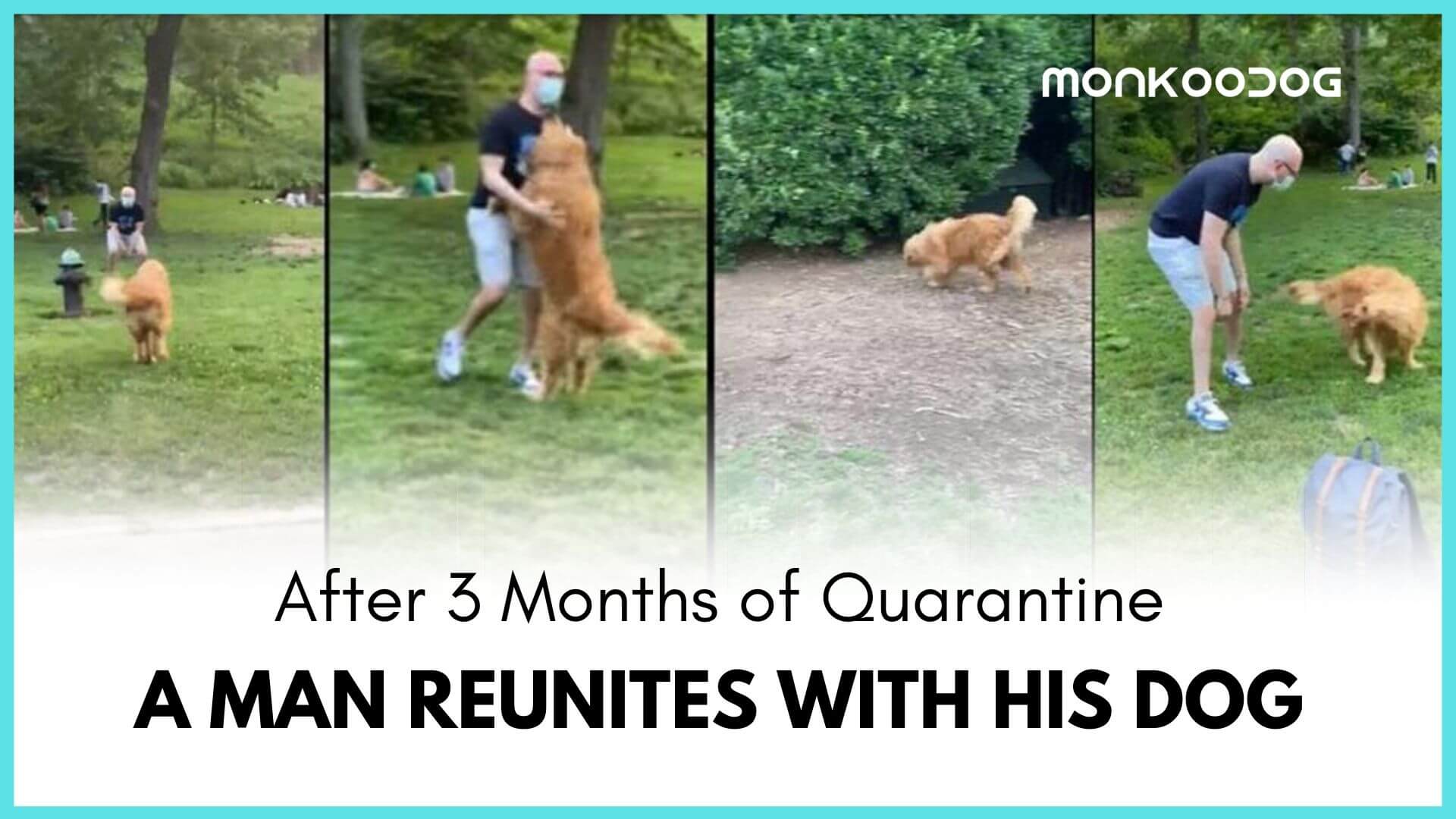 There is a common belief that animals rarely forget things. Time and again we have had tonnes of such memorable incidents recorded in history about how animals, especially dogs remember the people they love and adore.

This time it is a Reddit video that has gone viral and yet again proved, how awesome dogs are. The owner of the video posted in a Reddit group named r/Zoomies, video footage of 1 minute long on his first interaction with his dog after 3 months of being separated from each other.

The video posted had a Reddit caption, “Reunited with my dog (and GF) after 3 months of quarantine”. Posted on the 14th of June, the video already has over 1700 comments and over 6000 upvotes alone. The video is currently paving its way to other social media platforms too.

Apparently the owner of the post had been infected with CoronaVirus and was sent into a quarantine facility about 12 weeks ago. He had to leave behind his dog with his girlfriend. Though from the beginning of the video it is quite notable that the person is already expecting a big excitement on his dog’s face when it sees him, but no one seems to be ready for how emotionally the dog would react on seeing him after 3 long months.

The video was shot apparently by the girlfriend and shows a hyper-excited Golden retriever rushing forward at high speed when a man wearing blue shorts and a T-shirt is seen approaching the park from a distance. The entire next 1 minute of the video is all about an uncontrollable and super excited dog trying to lick and climb all over the man while whining happily.

With the advent of dark times posts the viral pandemic and numerous other calamities one after the other, this short video is a true breath of fresh air and happiness that many viewers felt so. The number of emotional and extremely encouraging comments is proof enough of how many smiles this one single video has garnered.