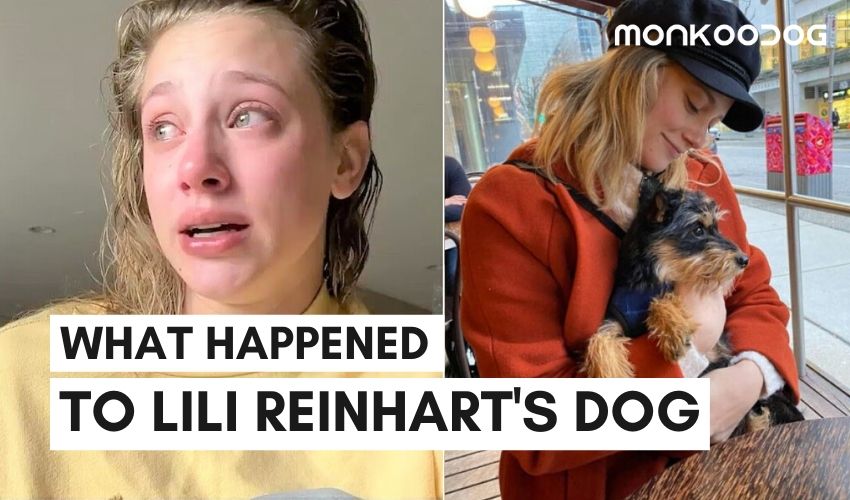 Dogs and humans have a bond, unlike any other species. The unconditional love and devotion the pair have for each other often reflect in their day to day life instances. So. it is not a surprise to see one being completely heartbroken when something happens to the other.

Netflix show, Riverdale star Lili Reinhart had to face the same emotional upheaval when her pet dog Milo, had to be hospitalized. Last Friday evening, Milo was bitten and mangled by a dog almost 10 times his size while out on a walk.

Keeping in mind, all the precautionary moves in relation to the current Covid19 pandemic, Lili had masks and gloves on while she went out on a stroll with Milo. The dog suddenly pounced at Milo, catching both Lili and her dog off-guard.

The next few minutes Lili stood terrified and helpless until the other large beast was pulled away. By then the damage had already been done. Milo was rushed to the hospital with a deep puncture wound in the neck among other injuries.

Post a long and arduous surgery, the 23 yrs old Riverdale star posted a heartfelt video message on Saturday about Milo’s progress. According to her, the mini schnauzer is recovering well and though he seems a bit timid and out of sync, Lili is just happy to have him back alive and well.

Lili also had a Golden Retriever named Delilah, who passed away on June 20th of 2019 due to liver cancer. Given, how heartbroken she had been after losing Delilah, it is not surprising that Milo’s injury disturbed her a great deal.

Meanwhile, despite the lockdown in the United States, the preshot episode of Riverdale is set to be aired on the CW network on the 22nd of April.