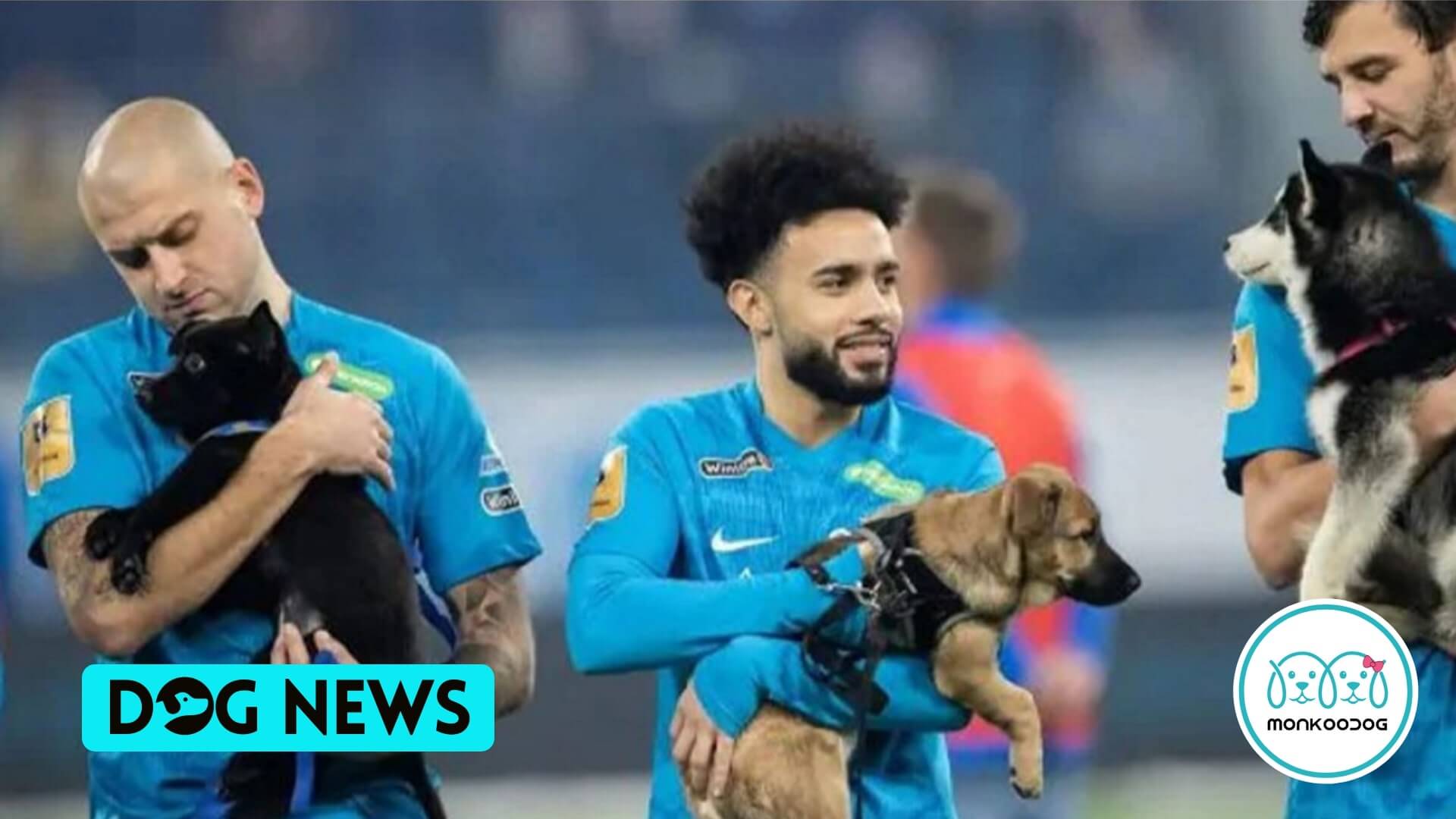 The Football club called Zenit Saint’s players won hearts by their gestures. They walked into the Gazprom Arena along with eleven pups who were looking for their forever homes.

There can be nothing better than celebrating the festive season by giving a permanent home to little furry creatures. To promote this idea, players of Russia’s professional football club entered the field with dogs in their arms. They were boosting the idea of adoption. They have caught the attention and won hearts by this sweet gesture worldwide.

The video got viral all across social media worldwide and was heavily shared. The country is celebrating pet day on November 30. The football club decided to partner with the Russian Kynological Foundation and launched their community project titled ‘Dogs are better at home.’

The players were seen holding dogs of different breeds. They were deliberately showing the dogs to the cameras urging the audience watching them through TVs to adopt the animals.

The video crossed over 2 million views in less than 24 hours on Twitter alone. The football club thanked everyone for the love their cause got. The club said ‘ Now let’s find homes for these good boys and girls. They also mentioned the ‘pawsome’ project of local shelters from where they brought the dogs.

The club wrote on its website ‘ The aim of this project is to highlight the care and love which is required for pets and to help raise funds for the local dog shelters.

The game was against Rostov and it ended in a 2-2 draw. After that, the players were shown on the video screen along with the dogs who were ready for adoption.

Netizens could not resist sharing the video, some even guessed that players themselves would adopt the pets.