Sailors From Russia Rescue A Stranded Dog From Arctic Ice 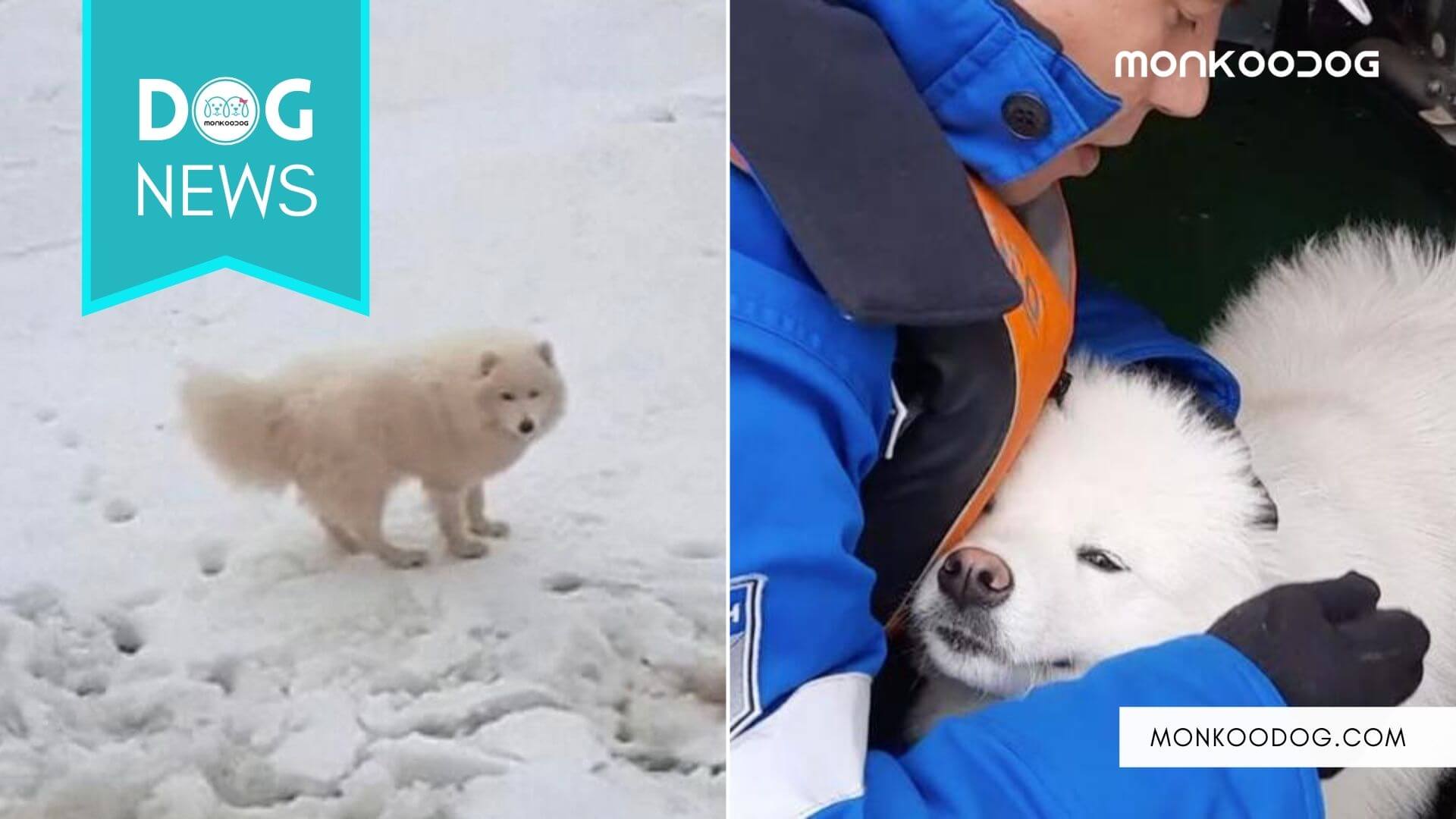 In the recent past, a piece of news made headlines that touched all of our hearts. Last week a white fluffy dog had been found stranded on cracked Arctic sea ice and was later rescued by Russian sailors in the Yamal-Nenets region.

A video of the rescue was later circulated on the internet and also made the headlines wherein the moment was recorded in which the vessel crew made up their mind to rescue the poor dog. The crew was afraid that the dog could have either died on the ice or could be hurt by the number of ships moving.

In the video recording that was obtained by Reuters, Yevgeny Nagibin who was the Captain’s assistant can be heard saying that they devoured all the possible options for lifting the dog from ice, and so placed a ceremonial ladder that the dog had used to get on board. The crew did not just rescue the dog but also ensured that it was returned to its dog parent and thus they used mobile communications to contact the locals and found the dog parent and within a few hours of the rescue the dog was safely returned back to the village.

In the video, Aika (dog) can be seen stepping around the rugged ice carefully in order to step up to the ladder as the sailors whistled and threw treats for her.

It was reported by Moscow Times, that the workers of Gazpromneft Yamal placed the dog on a hoverboard so that she can go back to her home village of Mys Kamennyy.

Aika’s parent Svetlana Chereshneva said that she along with the other members of her village had been looking for Aika for over a week.

After watching the viral rescue video Svetlana said that she could not at first recognize Aika in the video because she looked very unhappy and was completely covered with ice, also she was not walking properly as he had pricked her tiny paws on the sharp ice. Svetlana also told the Russian Tyumenskaya Liniya news website that she can now walk more or less.

She further added that Chereshneva is much more cheerful now than she was after returning home from the misadventure, and her appetite also seems to be returning gradually. However, she is no longer enthusiastic and neither does she rush to go outside anymore.

Poor little Aika, we hope she gets better soon. We also hail the rescue team for doing such a wonderful job.