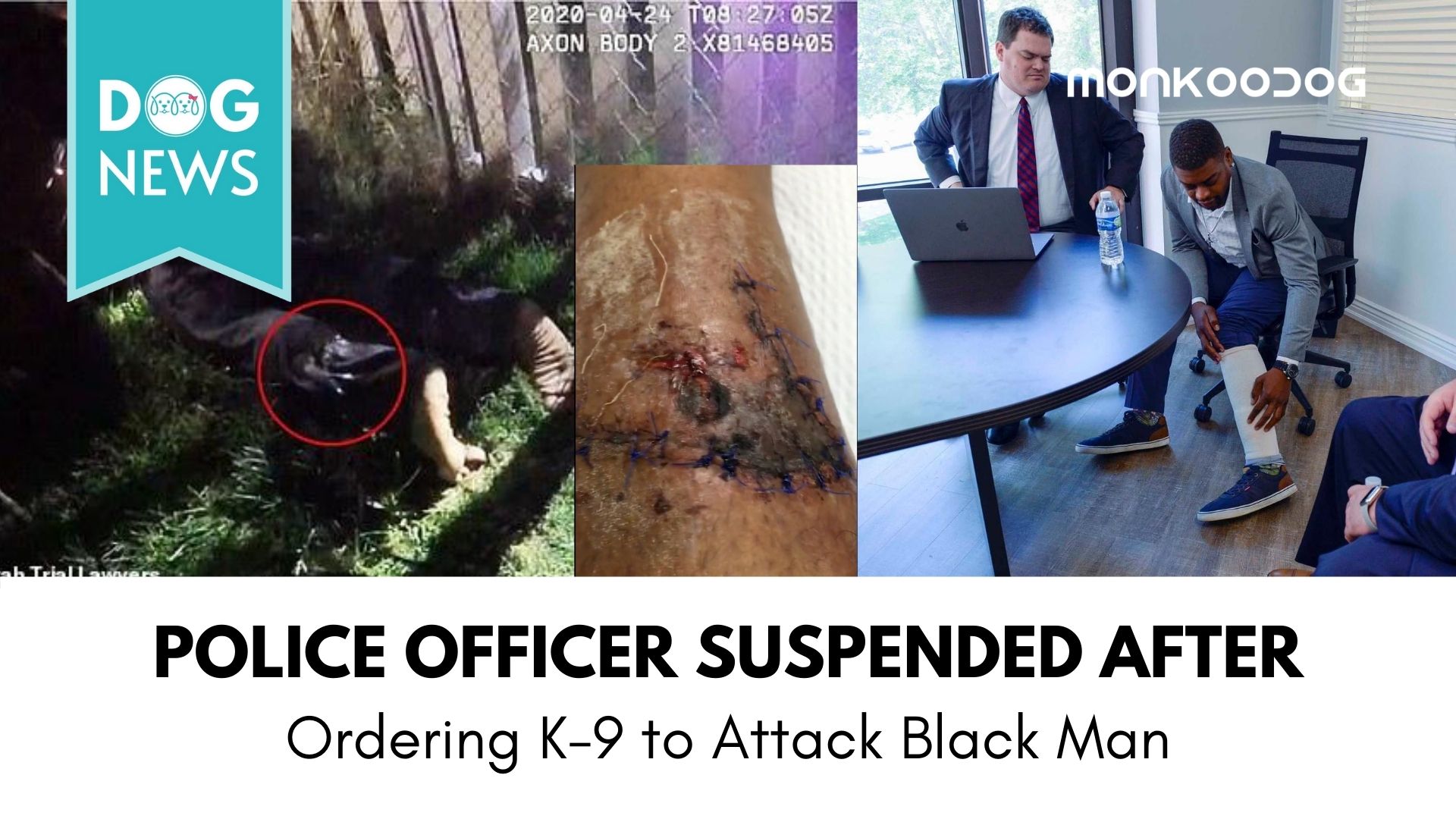 Home » Salt Lake City Police Officer Ordered his K9 to Attack a Black-man. Officer got Suspended after Video gets Leaked

Salt Lake City Police Officer Ordered his K9 to Attack a Black-man. Officer got Suspended after Video gets Leaked

George Floyd’s death in the Minneapolis game rose to a considerable movement against Racism in the United States of America, that was never spoken about openly. Amidst the mass cry for justice, the entire nation came together, fighting for a century-old problem.

“Black Lives Matter” became a trending tag on social media platforms worldwide. However, amidst all these protests and rebellions, incidences of inhuman acts of racism have been still persistent in various sections of American society.

The entire issue concerning racism in America was on the verge of calming down to a certain extent when another shocking video came into limelight.

The entire horrendous episode happened barely a month before Goerge Floyd’s inhumane death in the hands of the Minneapolis Police Department. However, the reason the video footage was released months after the actual incidence is that the victim has recently returned from hospital and has decided to stand up for justice for himself.

The disturbing footage that appears to have been shot in the victim’s property is considered violent and gut-wrenching to even look at. The Salt Lake Police Officer is visible, warning the black man named Jeffery Ryan to get on the ground if he does not want to get bitten by the K9 unit dog.

Jeffery agrees to all the instructions and does not even protest as he laid down on the ground. However, instead of handling the situation calmly, the officer in charge can be heard commanding “hit” to the dog.

The dog can be seen obeying to the command and attacking Jeffery in a very violent manner, causing severe bite injuries on his legs.

Confused at the situation, Jeffery can repeatedly be seen telling that he followed everything the officer said but why was the dog biting him. The irony is that Jeffery does not even get up from the ground as he was ferociously bitten.

However, according to the statement published by Ryan’s attorney Dan Garner through CBS News, the order was already resolved, and Jeffery was extremely forthcoming towards the police inquiry as can be seen in the video footage.

36 yrs old Jeffery was taken to the hospital immediately. However, the mangled state of the bitten legs may require amputation given the seriousness of the situation. The Salt Lake City Police officer involved in the incident has been suspended. However, Jeffery is planning to sue the Salt Lake Police Department for the permanent damage they caused on his body.