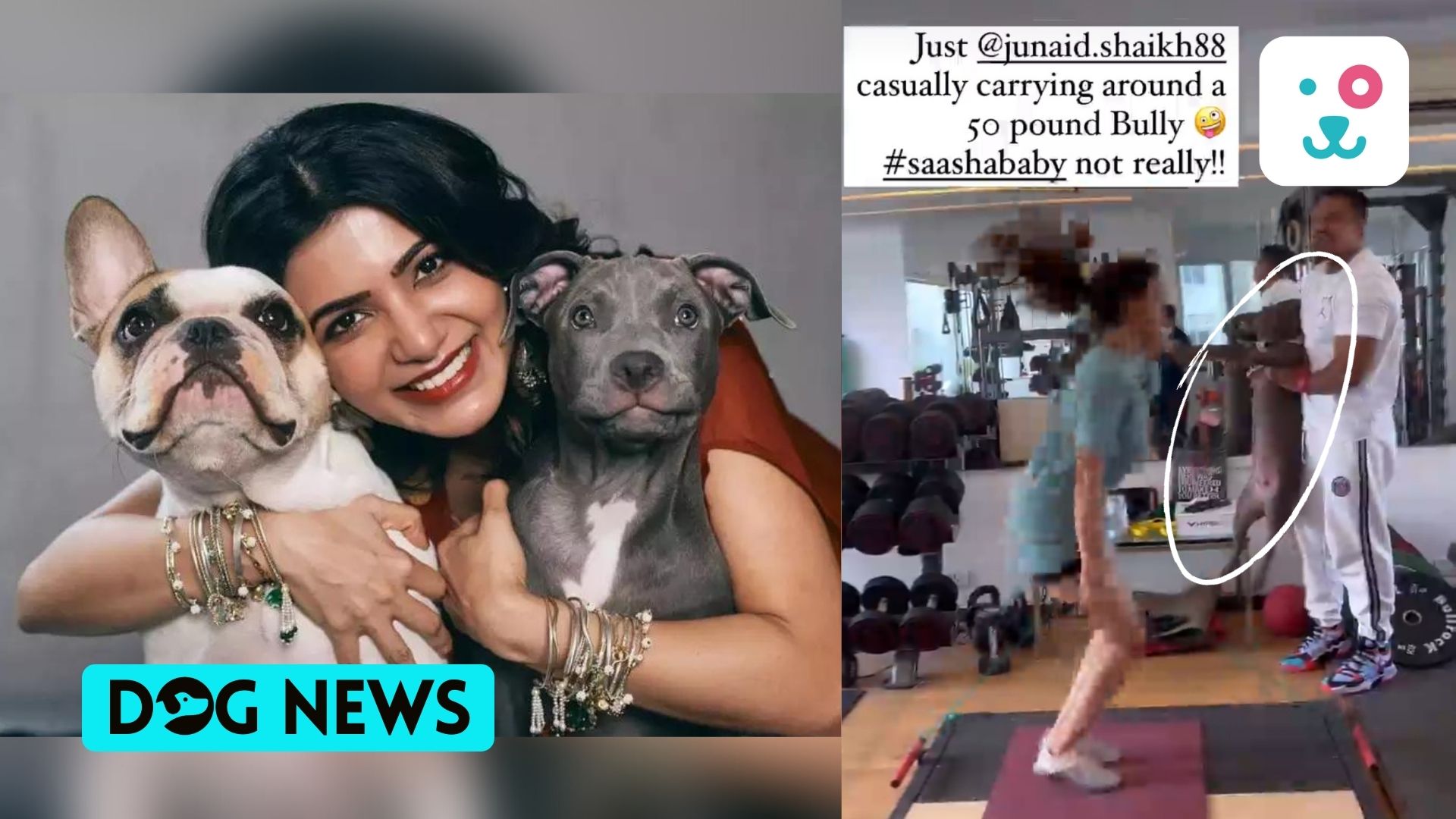 Dogs accompanying their humans in workouts is a common phenomenon today. Celebrities often post photos of their dogs participating with them in various activities. It never fails to amaze and give us a good giggle.  Such a video of a workout was posted by actress Samantha Ruth Prabhu on her Instagram account. In the video, Samantha is doing vertical jump squats using resistance bands to create resistance during her jump.

Where does her dog figure in? At a very unfavourable place. Her dog Saasha is held by her trainer Junaid Shaikh. Junaid is holding Saasha in his arms because Saasha was trying to interrupt Samantha during her workout. Come on, don’t judge her. Dogs love doing that.

There are numerous videos of celebrities where their dogs are interrupting their workouts. A video was posted by the Hollywood actor Chris Evans, Captain America, where he is trying to do pushups and his dog Dodger is trying to get under him every time he goes up. The video was hilarious.

Samantha posted the video with the caption – ‘Just Junaid Shaikh casually carrying around a 50-pound Bully #saashbaby not really’. Yes, Saasha is bullying the actress.

Samantha Ruth and Her Dogs

Samantha posts a lot of photos and videos with her pets Hash and Saasha. In one of the photos, her two dogs can be seen looking out of the window lovingly. They make adorable friends.

In another, Saasha is lovingly lying in Samantha’s lap while Hash looks like he doesn’t care.

She uploaded another picture with the three of them sleeping on a couch. Hash is under her arms while Saasha has wrapped herself around her legs.

Samantha has also posted stories of workouts with her dogs previously. In one very funny story, she was trying to do leg raises while her dogs are taking turns walking under her legs every time she raises them. The video was so hilarious.

In conclusion, Saasha and Hash love gatecrashing workouts. Nobody understands them. Nobody tries to see that they want to gain some muscles too. If the actress thinks she can do it without including them, they know how to stand up for themselves.