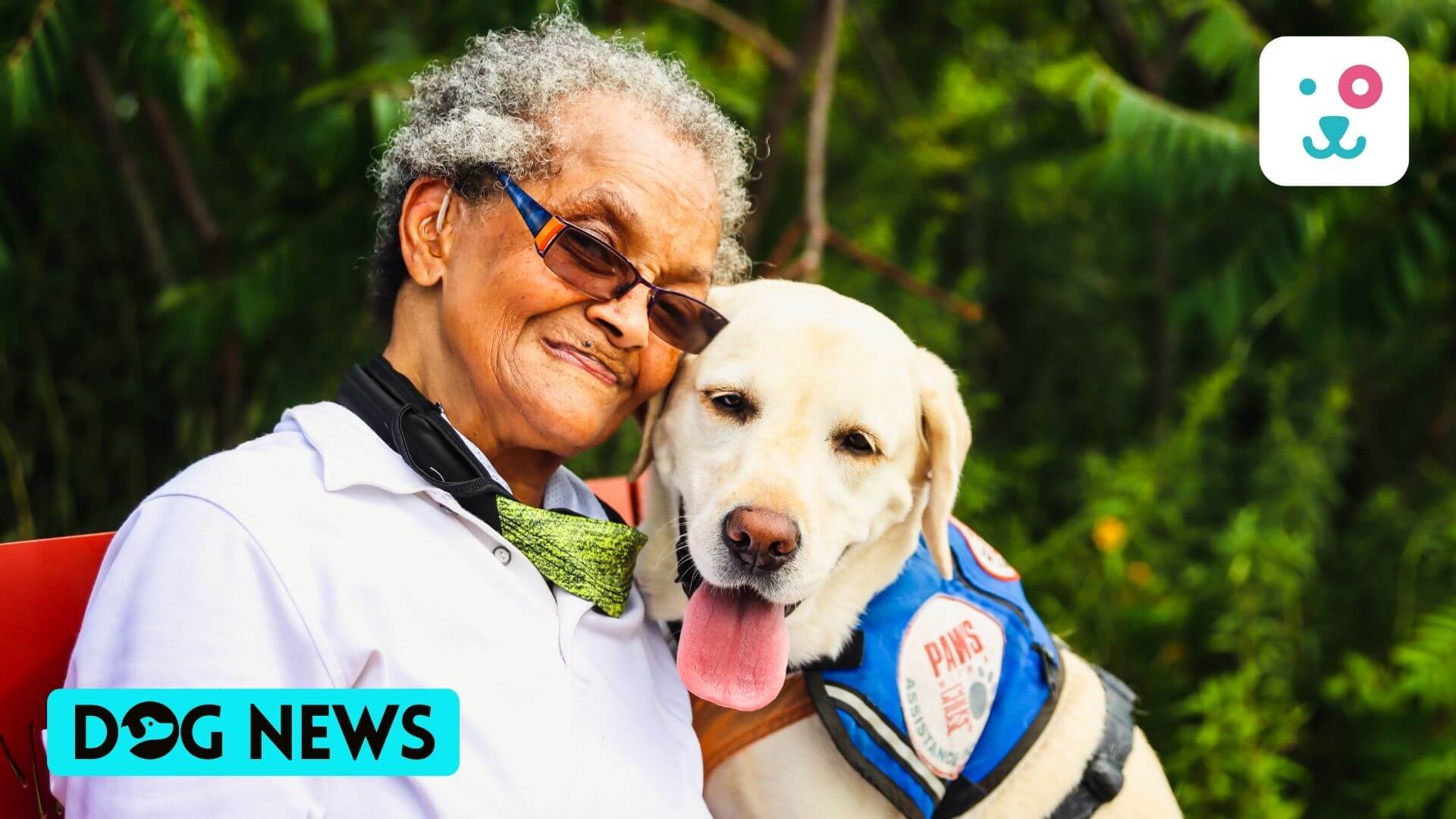 Service dog’s are under more demand than ever because of the benefits they can provide to ill people.

A woman named Jenni Mahnaz says, she is not too much into dogs. She is in fact a little allergic to dogs. The only pet she has ever had was a hermit carb that too when she was too little.

Lately, she got to know that specially trained dogs can help people with illnesses. The thought of her daughters came to her mind and she was willing to do anything to help her daughters in their medical needs.

Jenni is now planning to have two service dogs. Jenni said ‘ I think, we will be okay at $ 10,000 per dog. But not everyone can afford that amount. That can be a hurdle for many whose income is below the federal poverty line. So what they do is, save money, buy pups, pay a trainer to train them into service dogs.

A few organizations that are already doing this charge somewhere between $15000 to $40,000 for a trained service dog. They raise the dogs and train them for around 18 months to make them service dogs. But this cost is not covered by any health insurance. Trainers have a long waiting list most of the time.

Jenni said ‘ This is very expensive for us. But we don’t have a choice. My girls need to have a good standard of living. I am going to do what I got to do to provide them with that. It will make a huge difference to their lives and it will make their lives easy.’

In recent years, there is a lot of demand for service dogs. Surveys and studies have claimed that service dogs have proved themselves to be really helpful to little children and adults who suffer from serious medical conditions.

Service dogs initially used to help only people with vision or mobility impairments but now they help people with diabetes, autism, seizure, and any psychiatric disorders. This has exploded their demand. Some nonprofit dog trainers donate the service dog’s to genuinely needy people at a small fee but this doesn’t cover the huge demand so the service dog industry comes into the picture quoting hefty prices.

Hefty prices make these dogs inaccessible to people with complex medical issues who are facing financial setbacks. They get poorly trained dogs at low prices.

People like Jenni are looking forward to getting their dogs trained to turn them into service dog’s to save some money. According to experts, the self-trained dogs do not work as well as the service dogs who are raised that way.

Jenni is aware of the risk she is taking. In her words ‘ We are well aware that it might fail. Our dog can fail. But do we have a choice?’

This issue is because of the lack of regulations in training dogs. It has given scope to unauthorized trainers to train dogs who may not even be qualified to do so says Lynette Hart, the professor of veterinary medicine at the University of California. There is no certification required to enter the field.

The accreditation of dog trainers

The North American Board of Assistance Dogs Internationa accredits service dog trainers but this is voluntary. They accredit only non-profit organizations. Until now, the group has accredited 80 members and 25 candidate programs in North America. Nobody has an idea how many unauthorized dog trainers are operating in the U.S.

‘There are a lot of frauds going all over the internet,’ said David Favre, a law professor at Michigan State University.

In 2020, The attorney general of North Carolina filed a suit against the owner of Ry-Con, a non-profit service dog trainer. The attorney alleged that the organization was charging people around $17000 per dog even when they knew that their dogs were not properly trained.

During training, some dogs give up because of temperament and health issues. Some are not perfect for the business.

‘The demand is huge. The industry is now luring folks who want to make money,’ said Arnold.

The development director for the nonprofit group Kelly Camm said that its only 5% of people actually write that check of $17,000 for a service dog. Most of the time, it is the community, family, friends, or even strangers who pay for the service dogs through donations.

Hopefully, the needy will get the desired services in the future. But right now, the industry is in the doldrums.

Also Read:- A Video Of Two Dogs Getting A Blow-Up In The Wind Garnered 7 Million Views On Instagram

PrevPreviousA pup having backward paws looking for a forever home.
NextMalaika Arora is celebrating her dog’s birthday in this adorable videoNext