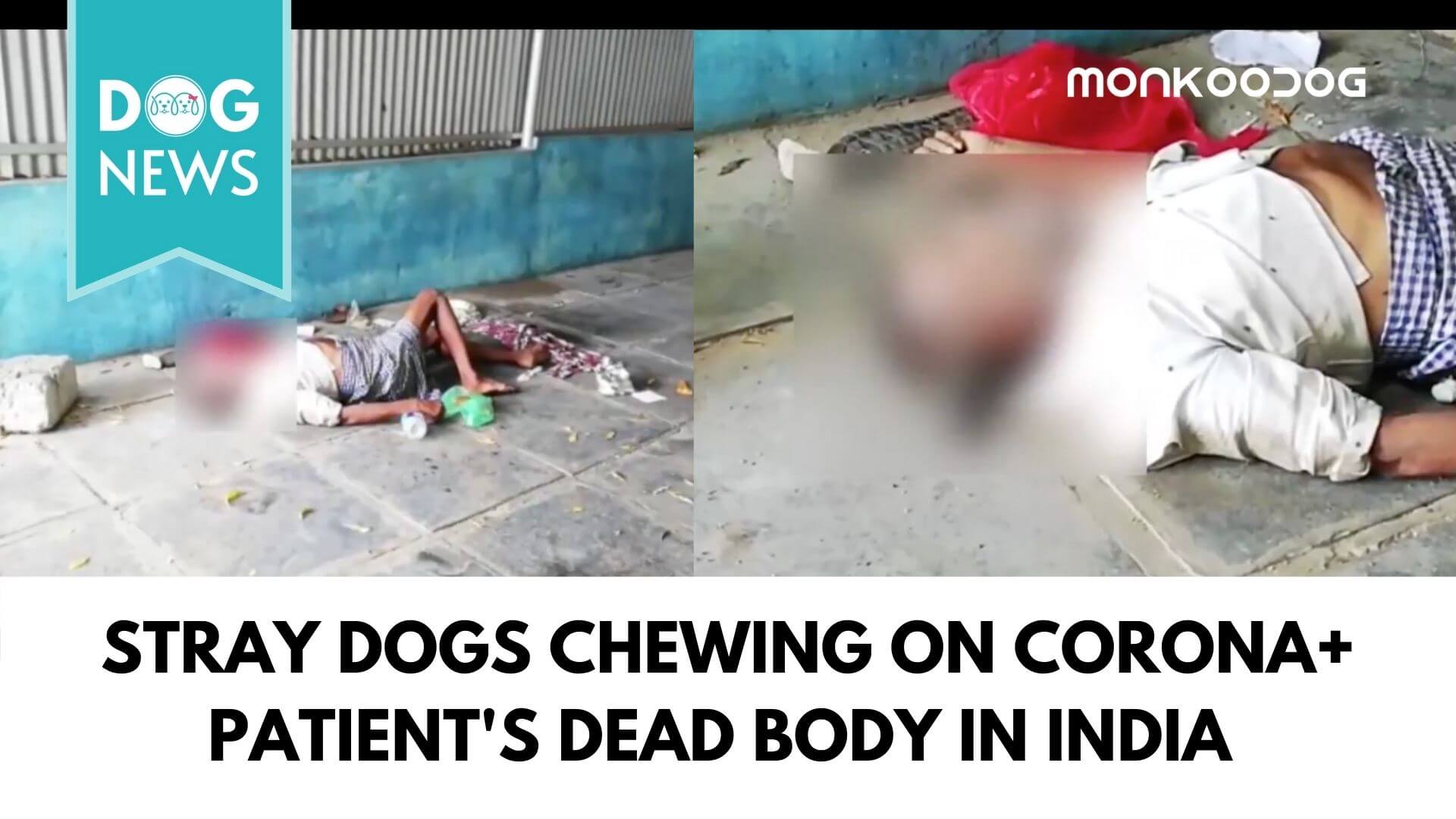 Recently a video was posted on a social media platform that seems more scary than shocking. Feeding on the dead humans might have been an imaginary plot of a sci-fi film, but with the CoronaVirus, even that fictitious scene became a reality.

On Monday morning of 10th August 2020. The security staff of Rajiv Gandhi Medical Hospital, Ongole found a dead body near the homeless shelter of the hospital complex. On further scrutiny, he realized that the street dogs of the area had bitten off a part of the face and ears in an attempt to feed themselves.

On further investigation by the locals, it was found that the dead corpse was of Kantha Rao, a man who was allegedly denied admission into the hospital after being brought on 5th August to the hospital. He tested positive for Corona and was advised immediate hospitalization, however, he, later on, had to die without any medical attention. His grieving relatives have been protesting in front of the hospital for a long time now.

However, the Superintendent of the hospital denied the allegation. He said that on an investigation it was found that Kantha Rao never visited the hospital OPD and was simply staying in the homeless shelter.

Also See: Viral Video Of Dog Watching The Match On Television Is A Must-Watch For Anyone Who Is Yet To Have A Pet

Andhra Pradesh Opposition leader Chandrababu Naidu reposted the video on his social media profile and heavily criticized the government for their negligence. Being an imminent personality, his post garnered a lot of attention and thus shed light on such a disastrous and inhuman condition.

The video is a clear and uncomfortable reminder as to the apathy of the current day situation. Dogs who are known as man’s best friend have no alternative today other than feeding on the infected dead.

India accounts for the largest stray dog population. Never known to be of any harm to humanity, these friendly beasts have been known to be getting more dangerous due to the absence of food and water amidst the pandemic caused havocs like lockdown, poverty, infection, and monetary loss.

PrevPreviousSalt Lake City Police Officer Ordered his K9 to Attack a Black-man. Officer got Suspended after Video gets Leaked
NextPet Lovers Worldwide Show Anger And Concern After Photos of a Dog with Tattoos Goes ViralNext