Siberian Husky Paraglides with Owner at 3,500 Feet in Himachal Pradesh 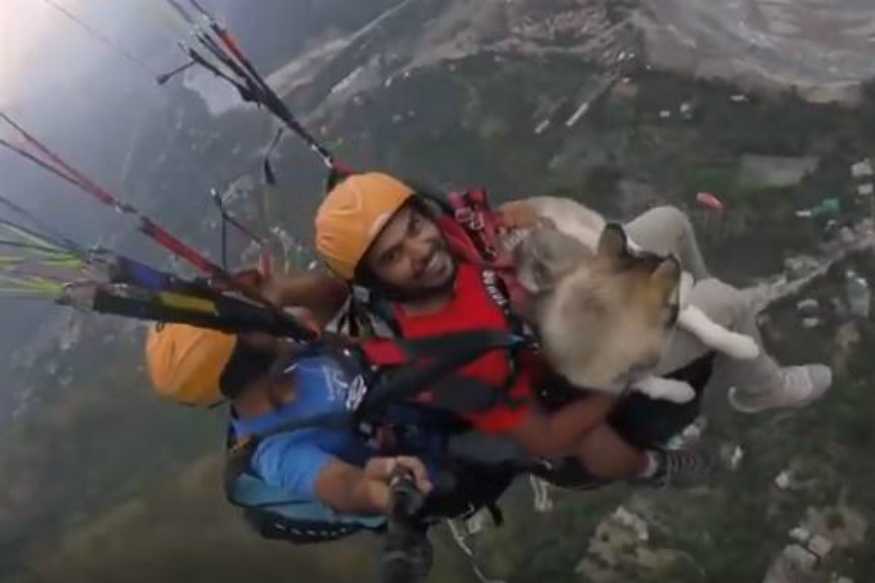 A Siberian husky is going viral for its calm demeanour during a paragliding flight with its owner in Himachal Pradesh.

The 18-month-old dog is named Nawab, according to a Daily Mail report.

Footage posted on Instagram (@huskyindia0) and TikTok by the husky’s owner Rohan Tyagi shows the dog paragliding “3,500 feet above ground” in Manali, on June 30, according to the report.

The YouTube video shows the husky calmly sitting on its owner’s legs as the pair make their descent along with a pilot.

The Siberian husky seems unbothered by the dizzying height and windy weather and seems to be enjoying the breathtaking view as the two men take turns to record the adventure with a hand-held camera. 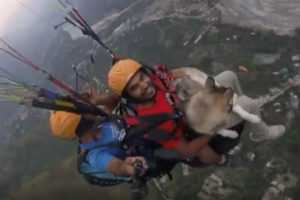 Siberian huskies are a medium-size “working dog breed”, adored by pet-lovers for their blue-eyes. Raised in Siberia by the Chukchi people as sled dogs, they were brought to Alaska in 1909 for sled-dog races and “soon became established as a consistent winner,” according to Encyclopedia Britannica.

“The breed, kept pure for hundreds of years in Siberia, is noted for intelligence and a gentle temperament.”

The American Society for the Prevention of Cruelty to Animals classifies the breed as “good with children,” stating they show high energy indoors and have special exercise needs.