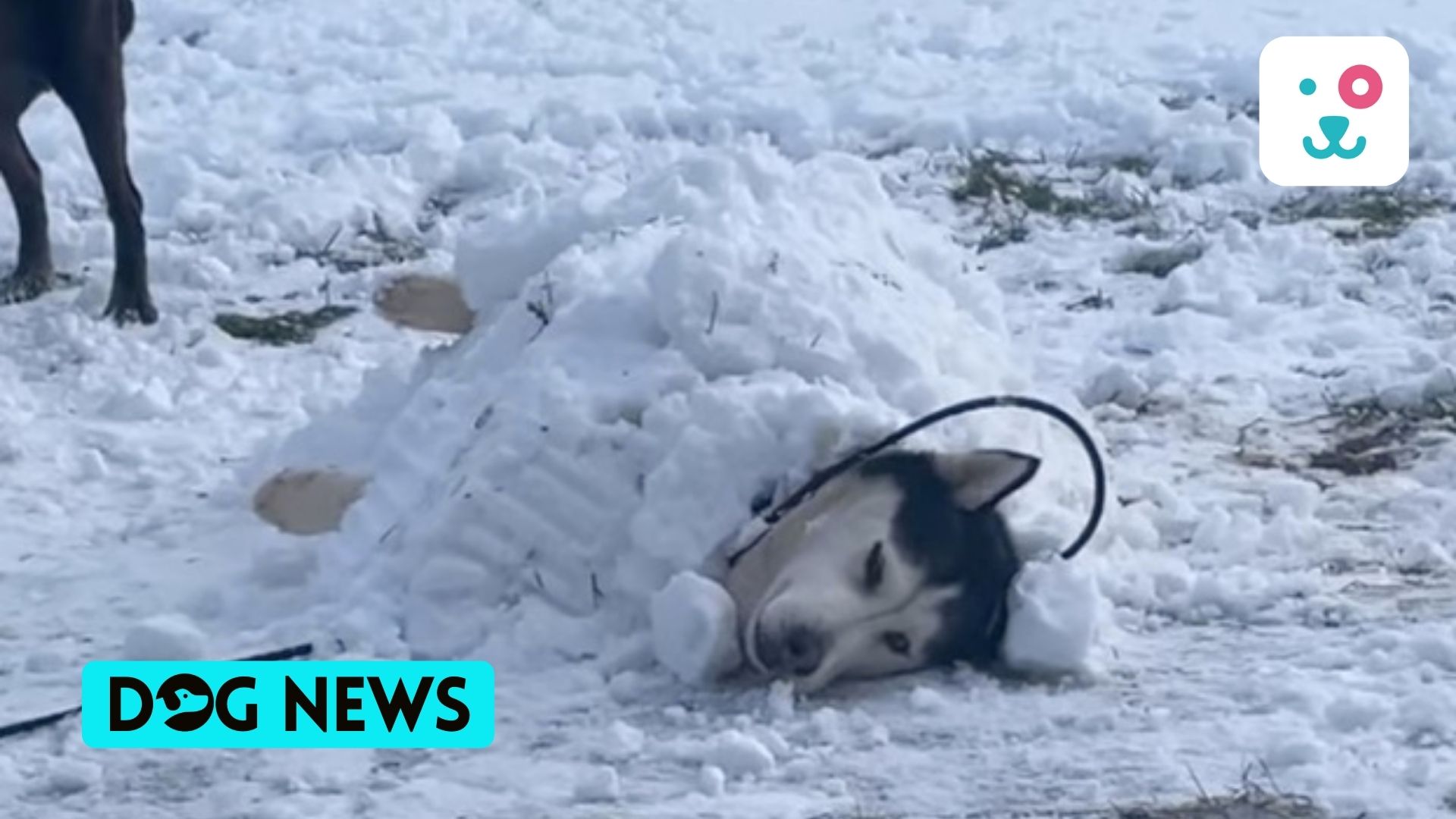 It is not hidden from anyone how much we humans love to tuck ourselves in our bed, under blankets, on a stormy, snowy day. The six-year-old Siberian Husky, Sakari, has some other plans for such days.

In the video, a very furry Siberian Husky is seen lying down in the snow, blanketed completely under the same snow. The video surfaced after a snowstorm hit Riverview, New Brunswick, Canada.

After the storm, Sakari got completely covered with snow. What would someone do if they got covered with snow? Try to remove it. Sakari has something better. She lies down and lets the snow cover her.

Sakari looks so cute under all the snow, feeling completely comfortable and at home at the place. Her human father, Phil, is seen shoveling more snow over her, and she seems to like it.

Phil and his fiancee got Sakari 3 weeks ago. She is a purebred Siberian Husky. Before Phil got her, she used to work as a breeding kennel dog. She never had much human contact.

Over the last three years, when Sakari was working as a breeding kennel dog, Sakari has never got to go out much. She has been an indoor pet. Now, she never lets any opportunity for outdoor activities go. This snow blanketing has been a part of that only.

It usually bothers people that their dog is under snow as it may get them sick. But, the species in the discussion here is a Siberian Husky. Siberian Husky is a 3000-year-old dog breed, bred and born in Siberian atmospheres.

With a double layer fur coat, Huskies have water-resistant fur. They are so strong as to pull sleds with heavyweights even. A little snow that is working like a blanket is nothing but a chill day for a Husky.

APPSTORE
GOOGLE PLAYSTORE
PrevPreviousAn Old Video of a Dog playing Jenga like a Pro went viral again.
NextA dog saved the life of a hiker in the Croatian mountains.Next