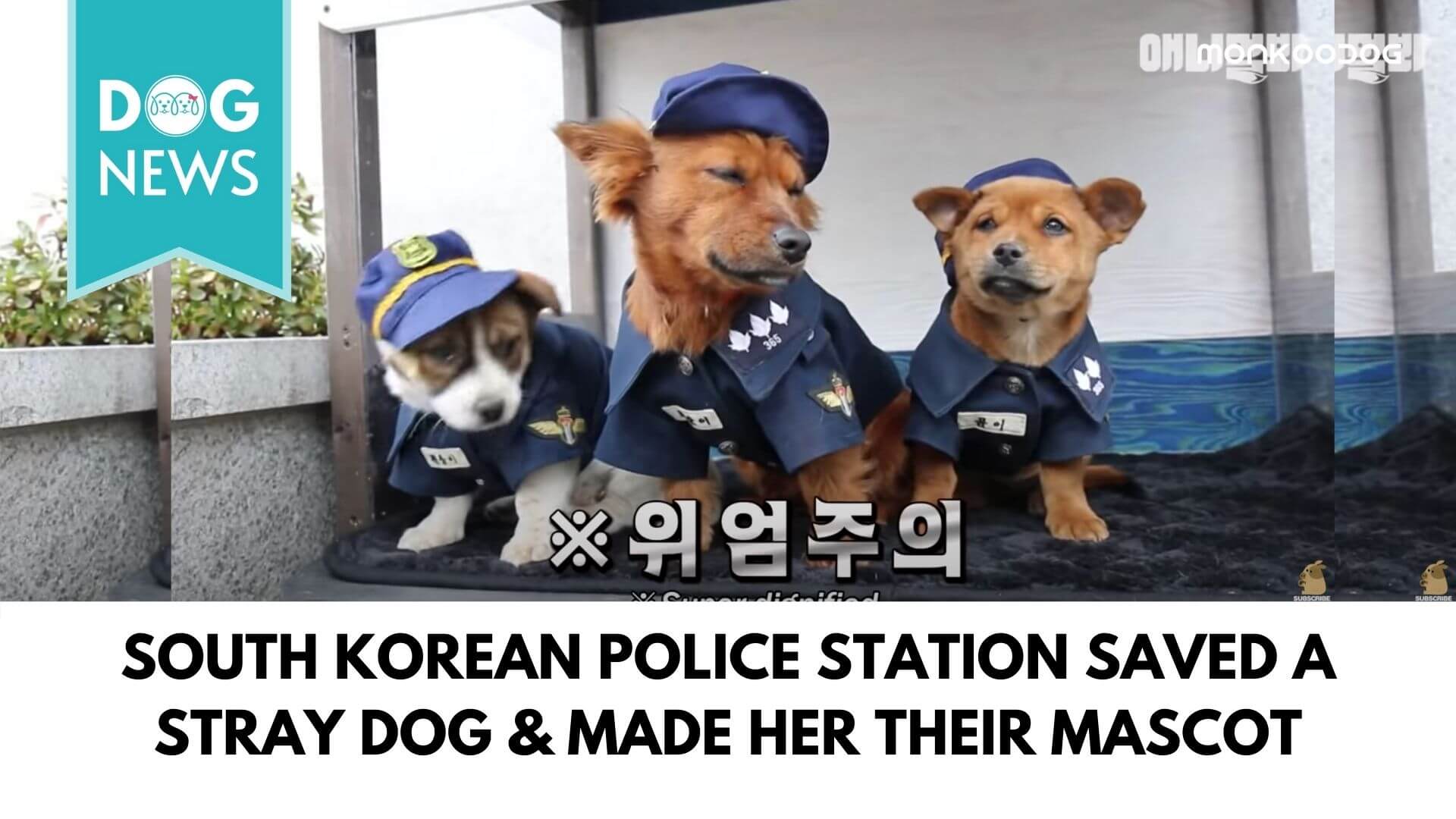 Dogs have always been an integral part of the defense system worldwide. Their intelligence, knack for detecting abnormality, and overall tendency to protect humans makes them one of the best Security systems.

On August 28th, 2020 a Youtube Channel SBS TV posted a beautiful video that has already garnered around 300 thousand views worldwide, The 4 min long video though has been entirely shot in Korean has had over 500 comments and 10 thousand likes within 48 hrs of being posted.

Possom as lovingly called by the Police Officer of the station was a stray who was found loitering nearby. However one day it simply arrived within the Police Station and took stand alongside the Police Guard on duty.

For the next couple of days, it spent most of its time guarding the station and barking and warning strangers nearby. When none came forward to take the dog back, the police station adopted it as their own and named him too.

Towards the beginning he was in a very bad and neglected state, however with all the love and care of the Police Department, it went on to not only become healthy but also give birth to 3 more puppies.

A year later as of August 2020, Possum has become an integral part of the Police Department. She even has her picture wearing a dog uniform posted on the official page alongside the Police Officers.

Currently, her duty includes greeting the officers as they come in and spending her day guarding the building and protecting the officers from any unknown or suspicious individuals wandering around the station.

Keeping the family tradition alive, the miniature toy dog also has her 2 kids also included in the defense troop whose duties are also to protect the Police force of the Police Station. This was not the first time the South Korean Police Station has done something so heartwarming. In 2018 a Seoul based police Station also had adopted a tiny furball to only make it their Lucky Mascot 18 months later.