Street Dog Painted Like A Tiger Sparks Outrage In Malaysia 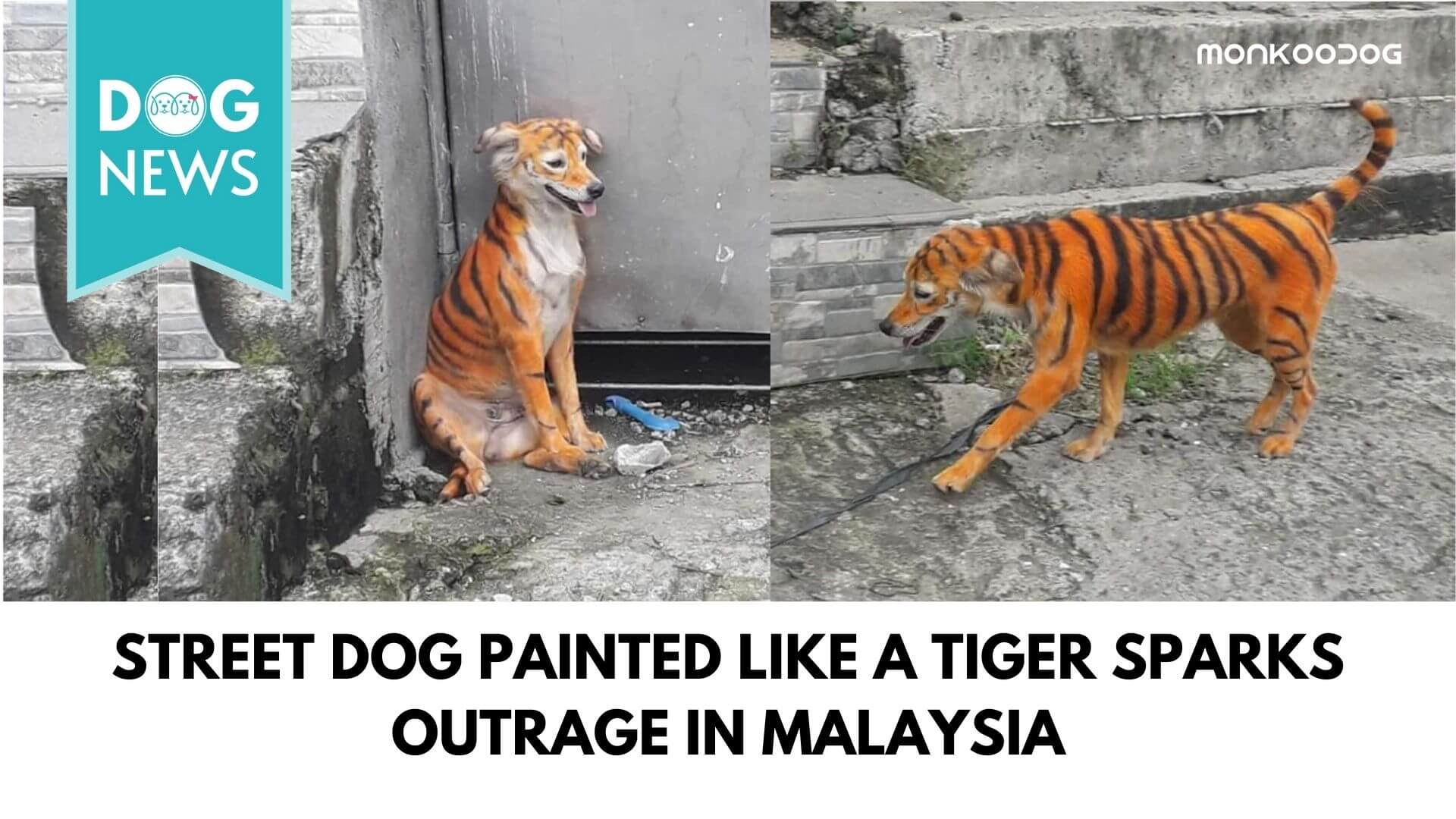 A street dog painted like a tiger has been spotted in Malaysia, sparking outrage all over the country and social media. The dog was covered in bright orange with black stripes painted on him. This has sparked immense outrage among animal authorities as well as animal lovers who believe that it is highly cruel to put toxic paints on a dog’s body. The Persatuan Haiwan Malaysia or the Malaysian Animal Association has shared images of the painted street dog on social media. People have reacted with anger, outrage, and the demands for the accused to be arrested have increased manifold on social media platforms like Facebook.

While some people were amused by the “dog-like, little tiger”, others have blatantly called for strict measures to be taken against those who painted the dog. While some said that the incident was abusive and not funny in the least, others have pointed out from the images that the dog looks sad and possibly hurt.

It is common knowledge that dying the fur of an animal may cause them irreversible harm. This has earned criticism in the past as well. Animals habitually lick their bodies and the harmful toxins in the paint may get ingested by their systems leading to any number of medical complications.

The Malaysian animal rights group has appealed to the citizens to help identify the location and owner of the dog and shared images of the dog roaming around in an unidentified city. Anyone who could offer intel regarding the dog has been promised a “mystery reward” by the group as well. The group is leaving no stones unturned in attempting to track down those who are responsible for having painted the dog.

Such misguided attempts have been made in the past too. A farmer in Karnataka painted his dog like a tiger to keep monkeys at bay. Such attempts ought to be discouraged to prevent any harmful effects on dogs.