Home » The Brew Dogg Delivering Beer To Customers Under Lockdown is the New Adorable Story!

The Brew Dogg Delivering Beer To Customers Under Lockdown is the New Adorable Story!

We have experienced delivering companies and deliveries in a wide variety of ways. There are call and deliver at doorstep services (mainly for pizzas); we have an online click and deliver schemes (online shopping) and very obsolete kind: go to the store, place your order and ask for delivery (well, furniture…). We have delivery boys and even delivery girls today. But ever heard of delivery dogs? It’s exciting, right? Some cute doggos delivering stuff with paws and stuff: we can never get enough! Well, that’s what the ‘brew dogs’ are doing in New York City! 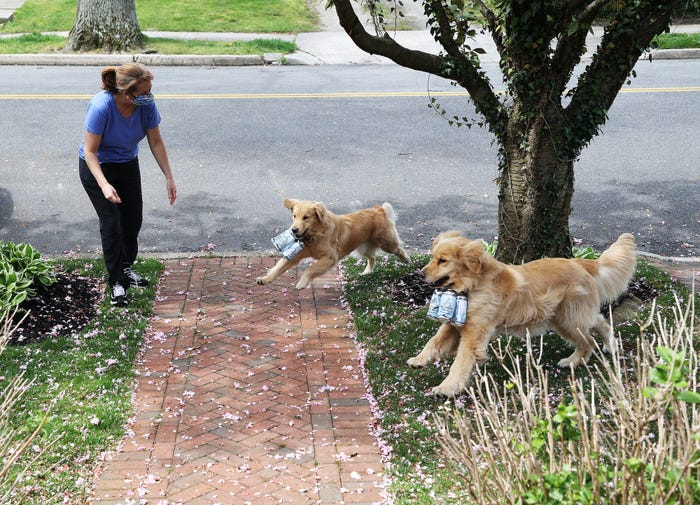 As we stay in lockdown which ceases to loosen up even a bit, Six Harbors Brewing Company started their delivery service, but with a twist. Barley and Buddy, the two adorable golden retrievers, are accompanying their owners, Karen and Mark Heuwetter, on the delivery spree of beers to people stuck in their houses amid the pandemic.

The beer company, a family-owned brewery of the Heuwetters in Long Island, had to switch their business to a ‘curbside and delivery model’. The duo started taking out the dogs on a few trips of beer delivery, but the people of Huntington fell in love with this delivery system! Customers have even started requesting the golden retrievers for deliveries, as they bring a smile on people’s faces in these distressing times. 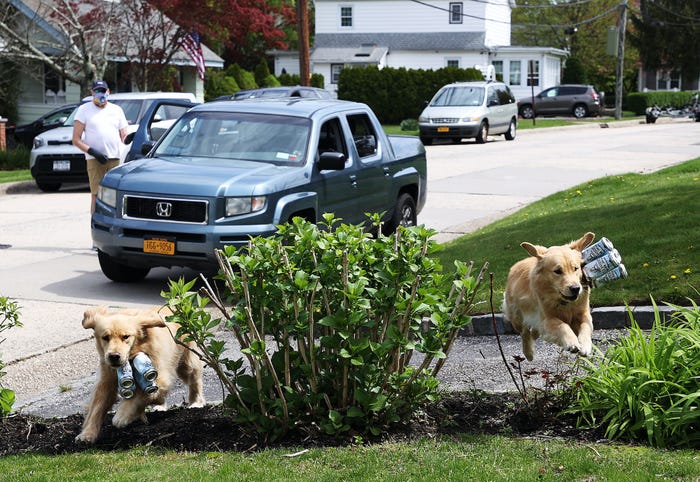 Although the brewery had been struggling with a drop in sales since the coronavirus pandemic began, the Heuwetters have seen an increase in sales since they started taking the dogs out for deliveries. Buddy and Barley carry four makeshift beer cans around their necks which are empty, as a symbol of the beer deliveries, while Karen and Mark carry the actual drink load to deliver at people’s doorsteps. 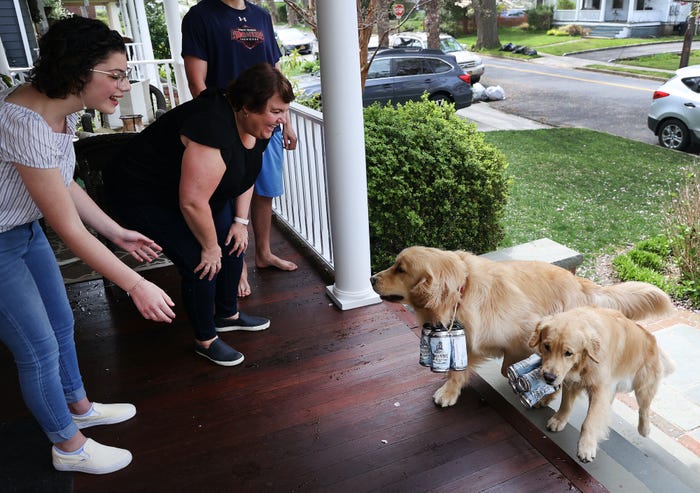 People are thrilled when they receive the deliveries as they get a chance to play around with the furry friends as they come running up to the porch of the customers’ homes. Some of them even click pictures with Buddy and Barley as they are the new superstars in the town of Huntington.